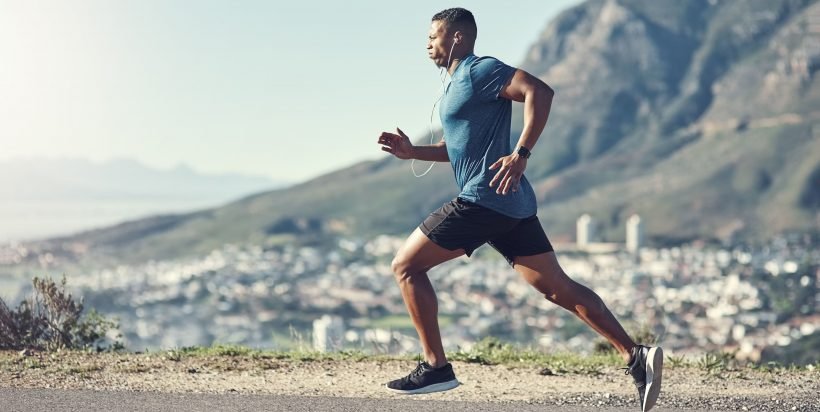 The great thing about running is that just about anyone, anywhere can do it. As the temperatures heat up across the U.S., now is as good of a time as any to lace up and get out there.

There are a few things that can help get you out the door. A great pair of running shoes, for starters. And while morning miles and post-office sprints are enjoyable on their own, getting a race on the calendar can be excellent motivation to stick with your new sweaty habit.

Are you all ready to get training, but don’t know where to start? We checked in with four great coaches to give us the lowdown on benchmark workouts for a wide range of distances: a mile, 5K, half-marathon, and marathon. With these run workouts in your back pocket, you’ll be ready to toe the starting line in no time—or, you can use them to just get outside and run.

Race: A Mile or Sprint

When you’re training for a quick race or overall speed, you are looking to incorporate three different types of runs over the course of a typical week, says Mann. Each has its own purpose.

Here, Mann offers two example tempo and interval runs, ideal for the person training for a quick race. For every run, he recommends both a half-mile warm-up—to help increase cardiovascular capacity—and a half-mile cool down.

Mann says: “If you don’t have a way to measure the distance, shoot for 20 to 30 seconds worth of hard effort.”

When training for a 5k, St-Fort advises that runners should take into account that they will be on the course for roughly half an hour. “Their comfort level with that will determine the focus of their training and the expectations they should set for themselves,” he says.

Throughout a week of training, runners should incorporate a speed run, tempo or Fartlek run, and an endurance run. Leading up to race day, he recommends that all racers take a practice jog/run on the course if possible to get familiar with it. “This will take the unknown out of the equation, have you feeling more comfortable with the race, and allow you to fine-tune your plan of attack for race day.”

Here, St-Fort recommends a run for each method incorporated into 5K training. For each, take a 1-mile or 10-minute jog warmup and cool down.

St.-Fort says: “Speed work is critical when training for a 5K. Since it’s a short race duration, exertion levels can be higher than with other race distances. Interval training will allow you to push speeds for certain durations and allow you to adapt to those speeds by increasing the number of intervals as your training progresses.”

St-Fort says: “I love using Fartlek runs for tempo runs because it allows me to better connect with my body, understand my effort levels, and get off of the track or treadmill and onto the road. This is especially useful if the terrain for the race has a number of hills as this will allow you to build strength and control.”

Rather than a mile warm-up, do dynamic movements like skipping drills, walking lunges, and leg swings.

St-Fort says: “The one constant for all race lengths is to build endurance. If you want to run 3 miles really fast, you should be able to run more than that mileage comfortably and efficiently. Long runs also strengthen mental facilities which are an important factor in races.”

A half-marathon plan could include both speed work and speed endurance runs—where the runner is aiming to get used to running at or closer to goal marathon pace. For each of the below, Henwood recommends a 15 to 20-minute warm-up, including a jog and dynamic stretching and form drills, and five 80 meter strides with a jog back to start between each. Add on a 10-minute jog at the end as a cool-down.

This type of workout helps to open up your lungs and increasing the strength of your lung capacity, according to Henwood. By running 25 to 30 seconds faster than goal pace, you’ll be able to dramatically increase your overall running economy and oxygen uptake. “Soon, your goal pace will just feel much easier,” he says.

This type of workout also improves running economy, allowing your body to get used to running at a faster pace.

Marathon training requires both specific running workouts to build mileage and endurance as well as sufficient strength training and recovery to keep you healthy. Throughout a week of marathon training, runners will do an easy run, an interval workout, and tempo and long runs.

Here, Hathiramani recommends a run for each method incorporated into marathon training.

No one says a long run has to be boring. Instead of running longer miles only at a pace slower than your goal pace, Hathiramani suggests you incorporate a long run that gets progressively faster to develop discipline and simulate pushing through fatigue. “This workout will make your marathon goal pace feel easier, by running at faster than goal pace during a long run,” he says. “You learn how to control your pace early so you can push hard late in a race. As you accelerate during the tempo portion of the run, you practice opening up your stride length with a higher knee drive and increasing your stride rate with faster arms.”

Yasso 800s, named after Bart Yasso, the former chief running officer at Runner’s World who popularized this workout, are a classic component of marathon training. The effort? Half-mile repeats at roughly 5K pace, or 90 percent effort.

“For marathoners, the magic of the Yasso 800s is that the time it takes for 800-meter intervals can be a good benchmark for your predicted marathon finish time in hours,” says Hathiramani. “If you can do 8 to 10 800m repeats in 4 minutes, you should be able to run a 4 hour marathon—provided other factors such as your mileage and running economy are on par.”

For the below effort, try to find a pace you can hold for all 8 to 10 repeats. By training at your 5K pace or faster, you will improve your VO2 max, or the maximum amount of oxygen that you can use during running. The more oxygen you can deliver to your muscles, the longer you can sustain running at a certain pace, according to Hathiramani.

Pyramid workouts are routines that increase in length and then decrease as you complete more reps. They help you master your pacing, since the interval paces on the way “down” mirrors the intervals. “I like to say one of the best ways to become a faster runner is to train at faster paces.” he says. “This pyramid workout forces you to change gears and get used to running outside your comfort zone at the beginning and the end.”