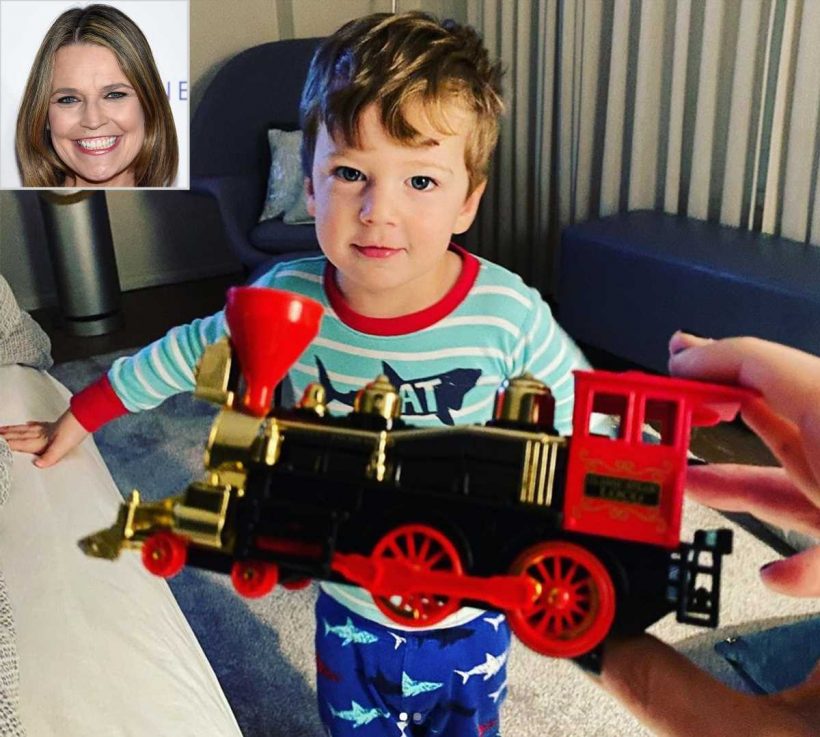 Savannah Guthrie knows that accidents happen, especially when it comes to children.

On Wednesday, the co-anchor called into the Today show to explain her absence earlier this week, revealing that she suffered an eye injury while playing with her 2-year-old son Charley. She later followed up her update with a post on Instagram.

“Here’s the reason I’ve been out for a couple days,” she began her post. “This little cutie has super strength!! Last week, Charley threw this train at my eye and turns out it caused a large tear in my retina, which has caused me to lose sight temporarily in my right eye!”

She added that doctors believe the retina will heal and that Guthrie will not need to undergo surgery after several laser procedures.

“It was a little bit touch and go over the last few days but it looks like the retina will hold and not detach and I won’t need full eye surgery,” she wrote. “The docs are hopeful the laser procedures are working to keep the retina from detaching and I won’t have to have surgery. Very thankful for good doctors and good medical care. And thankful for your good wishes!!”

Alongside the note she shared two photos of Charley and the toy train that presumably cut her retina.

During her call-in on the show, Guthrie told viewers that her son doesn’t fully comprehend the situation — adding that she doesn’t want him to feel guilty for the accident.

“He’s 2, so he doesn’t even know what he did,” she said. “I wouldn’t want to make him feel bad for it. He hears me talking about it and he has no idea. I was FaceTiming with my mom to tell her and he came running in and said, ‘I did it!’ “

RELATED: Savannah Guthrie Had Her Second Child with IVF — ‘Charley Was a Medical Miracle’

She also warned that she may not be able to attend the annual Macy’s Thanksgiving Day Parade tomorrow. However, she said she was optimistic.

“I’m actually still hoping I can do the parade tomorrow,” she said. “I’m not supposed to jump up and down because it’s kind of literally hanging by a thread. But I’m very positive because I think it’s going to be okay.”

In addition to Charley, Guthrie is also a mom to 5-year-old daughter Vale. She shares both children with her husband, Michael Feldman.