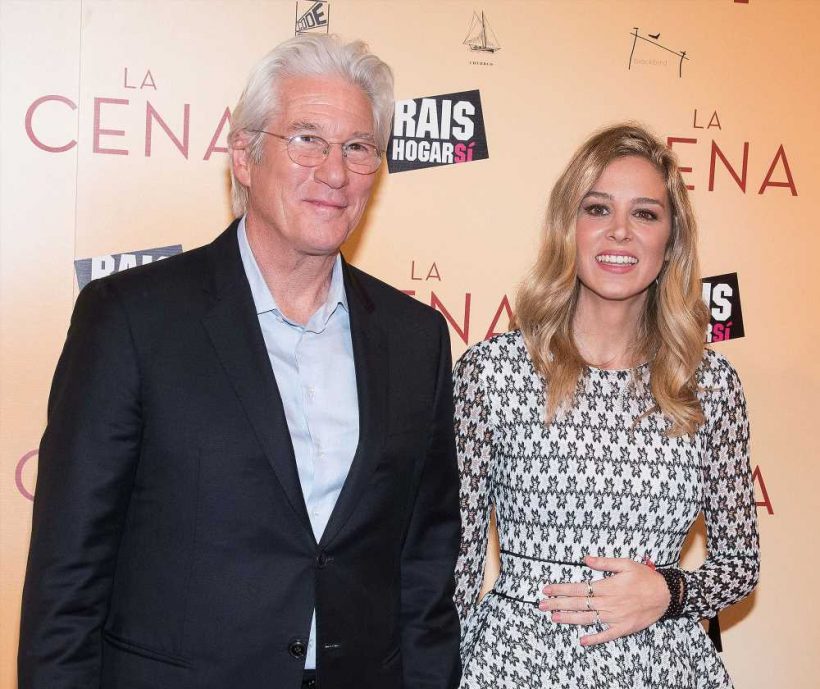 Richard Gere and Alejandra Silva are going to be parents once more.

The actor, 70, and his wife, 36, are expecting their second child together, a source close to the couple tells PEOPLE.

News of her pregnancy, which was first reported by HOLA!, comes nine months after she gave birth to their first child, a son named Alexander, in February.

Gere is also dad to 19-year-old son Homer James Jigme, whom he shares with ex-wife Carey Lowell, while Silva is also mom to 6½-year-old son Albert from a previous marriage.

Who’s Due Next? Laura, Cam, Kimberly and 60 More Celebs Who Are Expecting

Gere and Silva have known each other for over a decade, and first began dating in 2014.

In April 2018, a source close to the couple told PEOPLE they had married “weeks and weeks ago” and were “extraordinarily happy,” adding, “They’re so comfortable with each other, have fun together and are looking forward to their future together.”

After news of their wedding broke, a film source who has known Gere for years told PEOPLE he “has been much happier in this half of his life because he is settled, confident and doing what he likes.”

The third-time mom-to-be previously revealed her pregnancy with the couple’s son on social media, posting a photo showing the Dalai Lama blessing her baby bump.

“We couldn’t announce it before telling HH Dalai Lama☺️,” added the Spanish businesswoman and activist in her September 2018 reveal.

While the couple kept mostly low-key throughout Silva’s first pregnancy, they stepped out together in Madrid in late October 2018, looking casual with Gere in a navy blazer, pinstriped scarf, gray shirt and baseball cap. Silva showed a hint of her baby bump in a gray maxi dress, chambray shirt and light-pink sneakers.