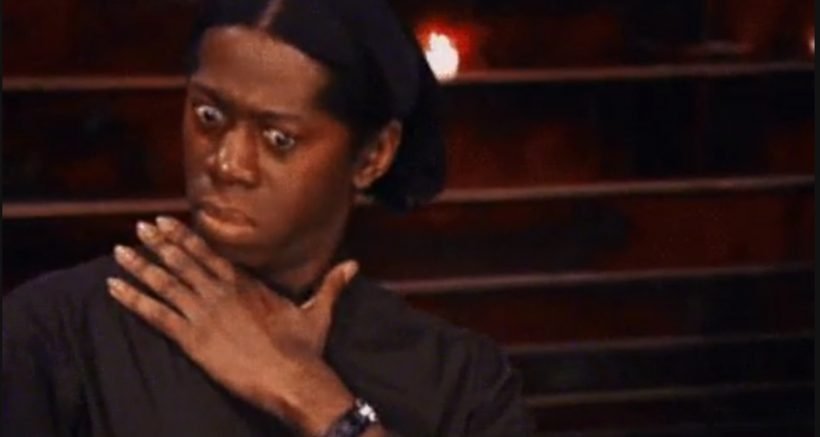 Most people can probably agree sex is pretty great—at least, until something gross and unexpected happens and totally kills the mood. If you look back, you can probably think of at least a few scenarios where something disgusting happened in bed—something that, if you weren’t pants-less, would have you running for the door at lightning speed.

For your entertainment, and maybe to make you feel better about your own most recent icky encounter, here are the grossest things that have happened to both guys and girls during sex. Prepare yourself—they’re pretty cringe-worthy.

“To be fair, I know some people have foot fetishes and really like when they get foot massages and stuff—and yeah, I do like a foot massage—but licking and sucking on toes during sex is plain disgusting [to me]. This girl I was with starting inching downward along my body and I got excited thinking she’d make a stop elsewhere if you know what I mean, and she went all the way to my feet and started sucking on each toe and stared at me with this really intense look. I softened real fast.” —Max

“He farted and asked me to, also.”

“We were in the middle of sex and he let out a huge, loud, smelly fart and it totally jolted me. I was like, ‘Whoa, you really let that one go,’ and this was the first time we were having sex also, and he told me that he wanted me to fart too because it ‘turned him on.’ Thank u, next.” —Melissa

“He literally licked my whole face.”

“We were kissing and it was pretty good actually, and then he got aggressive with the tongue (which was still OK), but then he stopped, stared at me, and then licked from my chin to my forehead in one swoop of his big tongue. I almost gagged. And he tried to keep licking all over!” —Janet

“She started to clip her toenails.”

“Right after we finished having sex, she jumped up and got nail clippers to then clip her toenails in bed right next to me.” —Greg

“He had snot coming from his nose.”

“He sneezed while we were having sex. He was on top, so [he] was like staring at me after, and had a huge thing of snot hanging from his nose—like, dangling. He kept having sex! I was like, ‘Dude, get a tissue, that’s gross,’ and he said he was too in the zone to care. Umm, yeah, I cared.” —Jessica

“She stuck her finger up my butt and then licked it.”

“First off, this was the first time a [girl] ever stuck her finger up my butt, and to be honest, it felt kind of good. I liked it. But then after she did that, she licked her finger. That was so [freaking] disgusting!” —Jack*

“She lathered mayo on my dick.”

“This girl I was dating was pretty adventurous and usually I was into it, but this one time she wanted to bring food into the bedroom, and while I figured it’d be like chocolate or whipped cream or something, she came back with some mayonnaise and rubbed it all over my dick. I like mayo on my sandwiches and those alone.” —Robert*

“She peed all over me and my bed.”

“One time when I was younger I was having pretty hard sex with this girl and she just all-out lost control of her bladder and peed all over me and my bed.” —Derek*

“One time this girl threw up … [because] she was drunk. It was gross and I had to clean the mess up afterwards. We did not hook up again.” —Luke

“She farted when I was down on her.”

“I was going down on this girl I was dating and she let out a huge fart. It was really gross because my face was like right there and it smelled real bad. She kept apologizing after, but that just made it more awkward.” —Chris*

This article originally appeared on Men’s Health US.