With the arrival of his 12th child on December 14, 2022, Nick Cannon is officially living that Cheaper By the Dozen life. 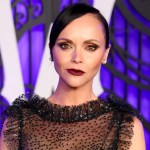 Although the media personality is often ridiculed and criticized for the size of his brood, which he shares with six women, Cannon has spoken passionately about his dedication to each of his kids, previously telling Men’s Health, “Contrary to popular belief, I’m probably engaged throughout my children’s day, more often than the average adult can be. If I’m not physically in the same city with my kids, I’m talking to them before they go to school via FaceTime and stuff. And then when I am [in the same city, I’m] driving my kids to school, like, making sure I pick ’em up.”

His polyamorous lifestyle has some scratching their heads, but The Masked Singer host explained what draws him to the unconventional relationship style in a 2021 radio interview, saying, “That’s a Eurocentric concept … the idea that you’re supposed to have this one person for the rest of your life. The idea that a man should have one woman. We shouldn’t have anything. I have no ownership over this person,” Cannon said. He continued, “I don’t want ownership over anybody. I don’t have ownership over any of the mothers [of my children]. We create families in the sense that we created a beautiful entity.”

With seven of Cannon’s 12 kids having arrived within two years of one another, between 2021 and 2023, it can be a little befuddling to try to figure out the timeline of his babies’ births and who their moms are. If you’re in need of a complete breakdown of the Drumline actor’s romantic relationships — and the little bundles of joy that resulted from each — scroll on.