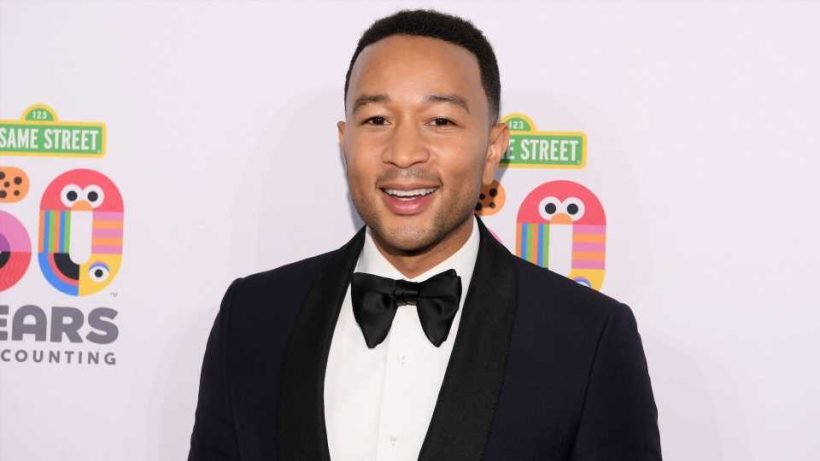 Finding a clean place to change your wee one’s diaper can be challenging, and the task can be particularly difficult for dads. Why? Well, believe it or not, many men’s rooms still don’t have changing tables. But John Legend is hoping to change all that: Legend wants changing tables in all bathrooms, and he is working with Pampers to make it happen.

Of course, the issue shouldn’t really be an issue. It’s 2019: Men can — and do — change diapers. Yet, according to Today, new research by Pampers revealed 9 out of 10 dads have used a public restroom lacking a baby changing table. Gross. This means your precious peanuts backside has likely been balanced on someone’s thighs or, worse, placed on a dirt-covered floor.

“Daddy diaper duty is a real thing,” Legend said. “Daddies should be involved, and overall, we should be involved in the parenting responsibilities as much as we can. It’s time for society to say it’s time to change this kind of thing,” which is precisely what Pampers Love the Change campaign is doing. The diaper company will donate 5,000 Koala Kare changing tables to public restrooms in high-need locations across the United States and Canada.

This isn’t the first time changing tables have come under fire. In 2015, Ashton Kutcher petitioned for their addition to men’s rooms across the country. “Having changing tables in men’s rooms is just a tiny step in the process of rectifying legacy gender discrimination,” Kutcher wrote. In 2016, President Obama signed the BABIES Act, a piece of legislation which required federal buildings to have diapering stations in both men’s and women’s restrooms, and just last year, a post by Donte Palmer went viral because Palmer was forced to change his child on his lap.

This is a serious post!!! What’s the deal with not having changing tables in men’s bathroom as if we don’t exist!! #FLM #fatherslivesmatter clearly we do this often because look how comfortable my son is. It’s routine to him!!!! Let’s fix this problem! I Kaepernick drop a knee to this issue! @theshaderoom let’s show the innovation of fathers! #squatforchange

And yet, in spite of numerous calls to action, not much has changed. Men (and women) are still begging for this seemingly basic need. And it is bullshit. The insanity has to stop. So let’s add changing tables to men’s rooms, women’s rooms and all rooms. Our babies deserve better; parents across America deserve ease, comfort and piece of mind; and, yes, sometimes moms like a break a brunch. We just want to sit back and sip on our mimosa.