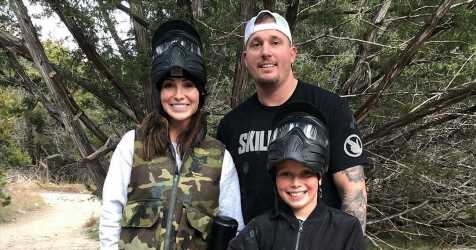 The claws come out! Bristol Palin opened up about the time her now 10-year-old son, Tripp, was bullied at school.

When asked on her Instagram Story on Thursday, April 25, if the little one was ever teased for being on TV, the Teen Mom OG alum, 28, wrote back: “No, he got teased at school for his hair and shoes tho (?) and I wanted to find those kids’ moms … but I didn’t!”

The reality star added: “It was an opportunity to discuss how we DON’T treat people.” 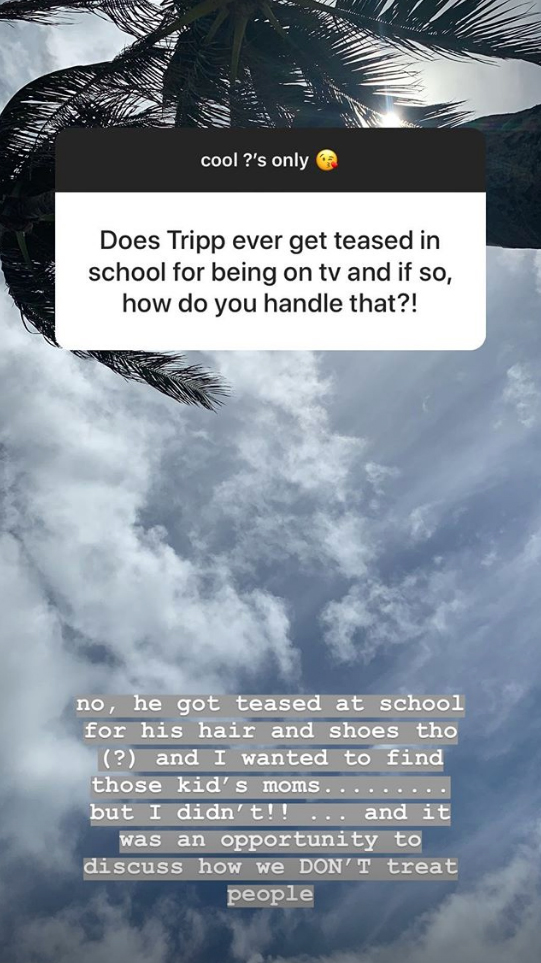 Sarah Palin’s daughter welcomed her son in 2008 with her ex-fiancé, Levi Johnston. Tripp became a big brother in 2015 when the realtor gave birth to Sailor, now 3, with her ex-husband, Dakota Meyer. Atlee, 23 months, arrived in 2017.

“[Dating] is a scary thing,” Palin told Us Weekly exclusively in October 2018. “I’ve got my hands full, and it’s kind of daunting. It’s not even on my mind right now. … I think it would be hard for someone to grab my attention, that’s for sure. I’m nervous about it … There’s no like rule book on dating after a divorce. It’s just weird concept. I haven’t dated in so long, I’m like an old woman with so many kids. It’s a scary weird thing to try to date with kids and then be in the spotlight.”

The Not Afraid of Life author hinted on Instagram in March that she doesn’t have any plans for baby No. 4 in the future. When a fan asked, the former MTV personality wrote back, “Maxxxxxxed out with BD’s haha.”

This refers to “Baby Dance,” a phrase commonly referred to in pregnancy forums to signify having sex at your most fertile in hopes of conceiving.