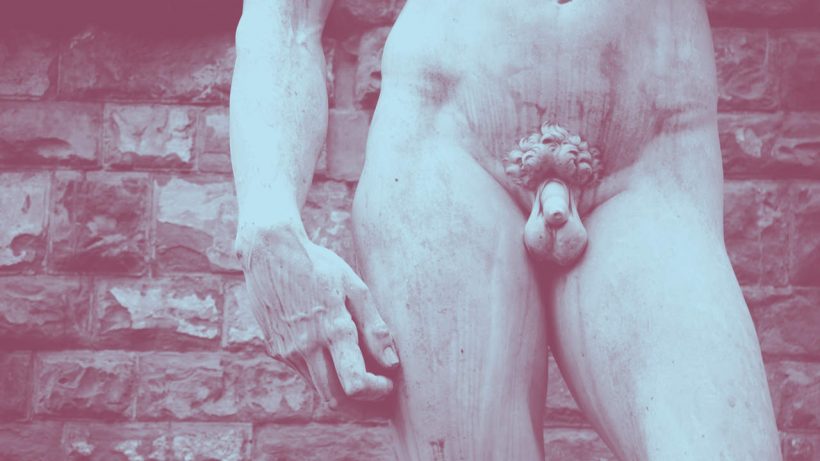 People get conned into marriage for all kinds of reasons. Maybe a spouse is really after their inheritance, or perhaps they’re just trying to get citizenship. We thought we had heard it all…until we caught wind of a woman who feels like she was tricked into marrying a man with a micropenis. Mic drop. She wins.

So how can this happen—and what even is a micropenis anyway?

A micropenis is a schlong less than 2.8 inches long, and that’s when it’s erect. (For comparison, an average-size penis clocks in at 5.1 inches erect.) It’s a real, diagnosable medical condition, and there are even treatment options. An estimated 1.5 in every 10,000 guys has a micropenis.

So back to the story. The woman’s husband, you see, told her he was saving himself for marriage, she wrote on Reddit. He must have been super religious, right? Wrong. He just said he was “old fashioned like that.” Sure, they got a little feisty a few times, but he always stopped it before it went “too far,” the woman explained.

Girl, as one wise user said in the comments: “If size was important to you should [sic] have snuck a peek. You decided to marry him after 6 months…at this point I think you have a lot of surprises ahead of you. Buckle up cause you just married a stranger.” Amen.

The good news is, there are ways this man could save his wife from a life of being less than satisfied between the sheets. Penile lengthening surgery is a real thing, and if that isn’t enough, a phalloplasty could also be on the table. “Phalloplasty uses tissues from other body sites (for example, the forearm muscle flaps) to create a new penis (and urethra) for the patient,” Arash Akhavein, MD, urologist at Comprehensive Urology in Los Angeles, previously told Health.

But not messing with his penis and exploring all the different ways they can pleasure each other is also an option. Sex educator Kait Scalisi, MPH, previously said, “You can have a whole lot of fun and satisfaction from fingers, mouths, and toys. Strap-ons and penis extenders augment your body. Vibrators stimulate the most sensitive part of the genitals, whether that’s the clitoris, G-spot, prostate, or frenulum.”

So no, this woman isn’t doomed. But come on, ladies, if size is important to you, don’t agree to marry a guy until you’ve had a little experience with his goods…or at least a sneak peak downstairs.