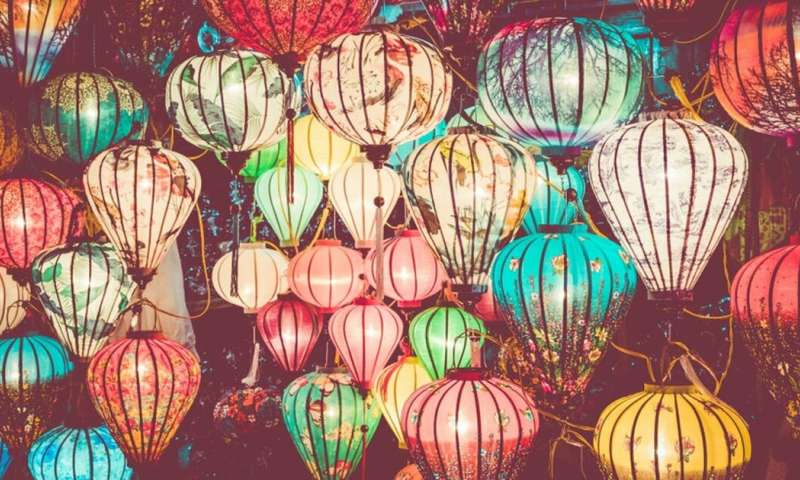 Have you ever worried in your student years or later in life that time may be starting to run out to achieve your goals? If so, would it be easier conveying this feeling to others if there was a word meaning just that? In German, there is. That feeling of panic associated with one’s opportunities appearing to run out is called Torschlusspanik.

German has a rich collection of such terms, made up of often two, three or more words connected to form a superword or compound word. Compound words are particularly powerful because they are (much) more than the sum of their parts. Torschlusspanik, for instance, is literally made of “gate”-“closing”-“panic”.

If you get to the train station a little late and see your train’s doors still open, you may have experienced a concrete form of Torschlusspanik, prompted by the characteristic beeps as the train doors are about to close. But this compound word of German is associated with more than the literal meaning. It evokes something more abstract, referring to the feeling that life is progressively shutting the door of opportunities as time goes by.

English too has many compound words. Some combine rather concrete words like “seahorse”, “butterfly”, or “turtleneck”. Others are more abstract, such as “backwards” or “whatsoever”. And of course in English too, compounds are superwords, as in German or French, since their meaning is often distinct from the meaning of its parts. A seahorse is not a horse, a butterfly is not a fly, turtles don’t wear turtlenecks, etc.

One remarkable feature of compound words is that they don’t translate well at all from one language to another, at least when it comes to translating their constituent parts literally. Who would have thought that a “carry-sheets” is a wallet – porte-feuille –, or that a “support-throat” is a bra – soutien-gorge – in French?

This begs the question of what happens when words don’t readily translate from one language to another. For instance, what happens when a native speaker of German tries to convey in English that they just had a spurt of Torschlusspanik? Naturally, they will resort to paraphrasing, that is, they will make up a narrative with examples to make their interlocutor understand what they are trying to say.

But then, this begs another, bigger question: Do people who have words that simply do not translate in another language have access to different concepts? Take the case of hiraeth for instance, a beautiful word of Welsh famous for being essentially untranslatable. Hiraeth is meant to convey the feeling associated with the bittersweet memory of missing something or someone, while being grateful of their existence.

Hiraeth is not nostalgia, it is not anguish, or frustration, or melancholy, or regret. And no, it is not homesickness, as Google translate may lead you to believe, since hiraeth also conveys the feeling one experiences when they ask someone to marry them and they are turned down, hardly a case of homesickness.

The existence of a word in Welsh to convey this particular feeling poses a fundamental question on language–thought relationships. Asked in ancient Greece by philosophers such as Herodotus (450 BC), this question has resurfaced in the middle of the last century, under the impetus of Edward Sapir and his student Benjamin Lee Whorf, and has become known as the linguistic relativity hypothesis.

Linguistic relativity is the idea that language, which most people agree originates in and expresses human thought, can feedback to thinking, influencing thought in return. So, could different words or different grammatical constructs “shape” thinking differently in speakers of different languages? Being quite intuitive, this idea has enjoyed quite of bit of success in popular culture, lately appearing in a rather provocative form in the science fiction movie Arrival.

Although the idea is intuitive for some, exaggerated claims have been made about the extent of vocabulary diversity in some languages. Exaggerations have enticed illustrious linguists to write satirical essays such as “the great Eskimo vocabulary hoax”, where Geoff Pullum denounces the fantasy about the number of words used by Eskimos to refer to snow. However, whatever the actual number of words for snow in Eskimo, Pullum’s pamphlet fails to address an important question: what do we actually know about Eskimos’ perception of snow?

No matter how vitriolic critics of the linguistic relativity hypothesis may be, experimental research seeking scientific evidence for the existence of differences between speakers of different languages has started accumulating at a steady pace. For instance, Panos Athanasopoulos at Lancaster University, has made striking observations that having particular words to distinguish colour categories goes hand-in-hand with appreciating colour contrasts. So, he points out, native speakers of Greek, who have distinct basic colour terms for light and dark blue (ghalazio and ble respectively) tend to consider corresponding shades of blue as more dissimilar than native speaker of English, who use the same basic term “blue” to describe them.

But scholars including Steven Pinker at Harvard are unimpressed, arguing that such effects are trivial and uninteresting, because individuals engaged in experiments are likely to use language in their head when making judgements about colours – so their behaviour is superficially influenced by language, while everyone sees the world in the same way.

To progress in this debate, I believe we need to get closer to the human brain, by measuring perception more directly, preferably within the small fraction of time preceding mental access to language. This is now possible, thanks to neuroscientific methods and – incredibly – early results lean in favour of Sapir and Whorf’s intuition.