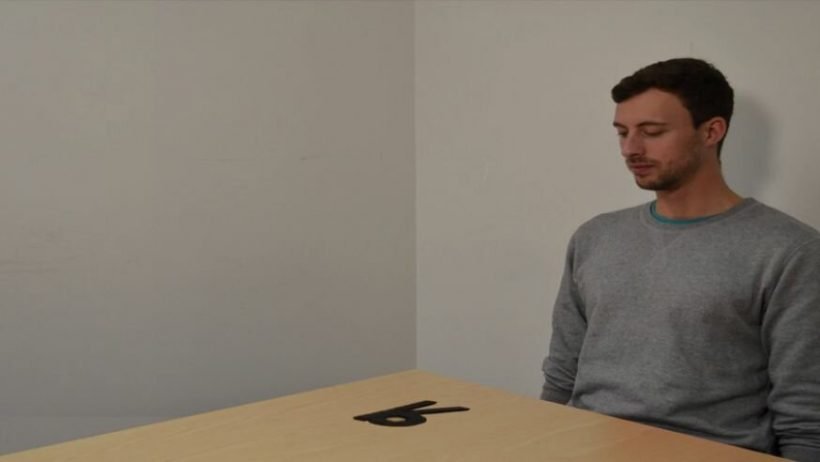 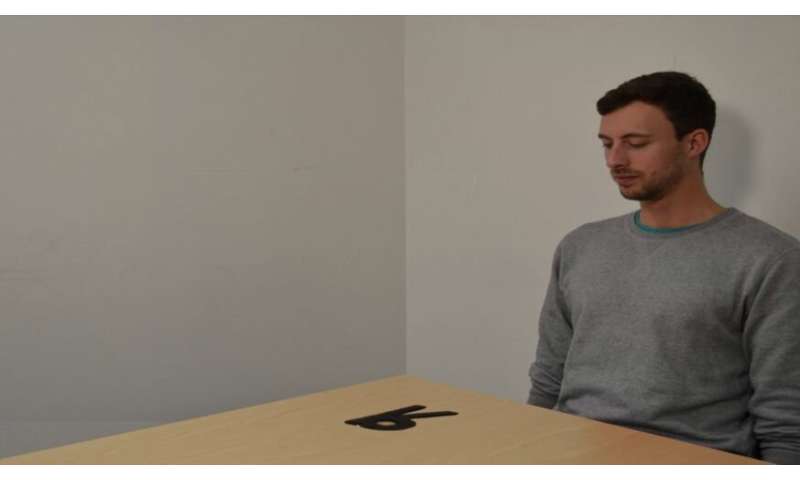 Everyday life is full of situations that require us to take others’ perspectives—for example, when showing a book to a child, we intuitively know how to hold it so that they can see it well, even if it is harder to see for ourselves. Or when performing before an audience, we often can’t help but picture how we will look to the other people.

New research published on 21 February in Current Biology has provided the first direct evidence that we can do this because we spontaneously form mental images of how the world looks to the other person, so that we can virtually see through their eyes and make judgements as if it was what we were seeing.

The study, led by Eleanor Ward, Dr. Giorgio Ganis and Dr. Patric Bach at the University of Plymouth, focused on a mental rotation task commonly used in psychology, where participants are asked whether a rotated letter on computer screen is presented in its standard form (e.g. “R”) or mirror-inverted form (“?”). Usually, the more a letter is rotated away from the person judging it, the longer it takes to decide its form. The reason for this is that people first have to mentally rotate the object back to its upright orientation before being able to judge its form, and this rotation takes longer the more the letter is oriented away.

But the new study reveals that people can bypass this mental rotation when another person is introduced. The study shows that even when items are oriented away from participants, their decision times are surprisingly fast if the item appears upright to the other person and is therefore easily identifiable from their perspective. In contrast, if the letter appears upside down for the other person, even relatively easy judgements become harder for the participants.

Lead author Eleanor Ward, Ph.D. student in the University of Plymouth School of Psychology explained: “This study shows that what we see can be overridden by what another person sees if it helps us to make a judgement. People do not need to mentally rotate an object if they already ‘see’ the object in the usual upright orientation from the eyes of another.

“People did this even though we did not give them instructions about the extra person introduced and they viewed them completely passively. They still used the extra set of eyes, which suggests it is a process that occurs spontaneously.”

You can try out the task in this short demo video here:

Importantly, the study did not find the same speeding up of judgments when an inanimate object (a lamp) was introduced instead of a person, even though the lamp was roughly the same size and was oriented towards the letter in the same way as the person’s. This makes sense as a lamp can’t ‘see’ so participants would not construct an image of how the world looks to an inanimate object.

Eleanor continued: “Imagine you’re in a car and you see a pedestrian crossing the road, and a bus is travelling at speed towards the crossing. Suddenly you realize the driver hasn’t seen the pedestrian and could hit them, so you beep your horn. How did you make this split-second decision? Our study suggests you automatically put yourself in the bus driver’s shoes and saw the scene through their eyes.”

Dr. Patric Bach, who is the head of the Action Prediction Lab where the research was carried out, added: “Perspective taking is an important part of social cognition. It helps us understand how the world looks from another’s point of view. It is important for many everyday activities in which we need interact with other people. It helps us to empathize with them, or to work out what they are thinking.