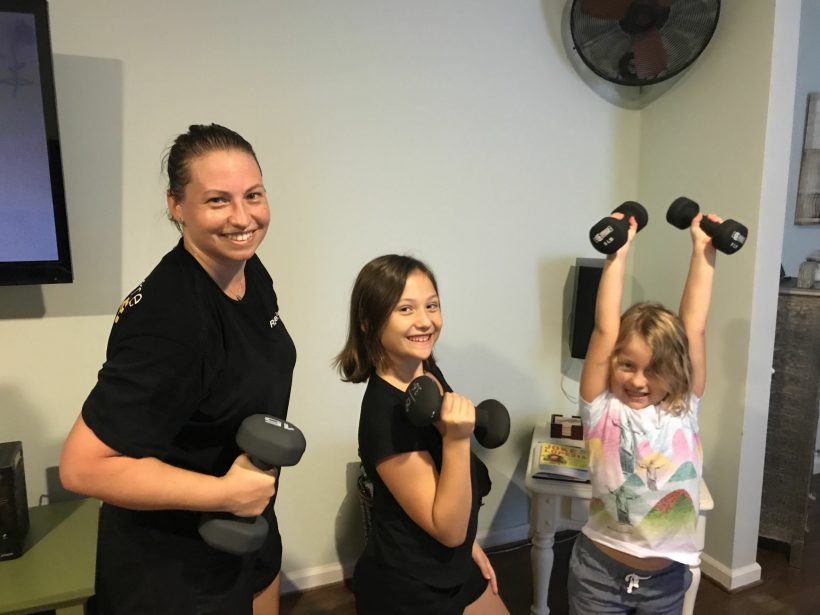 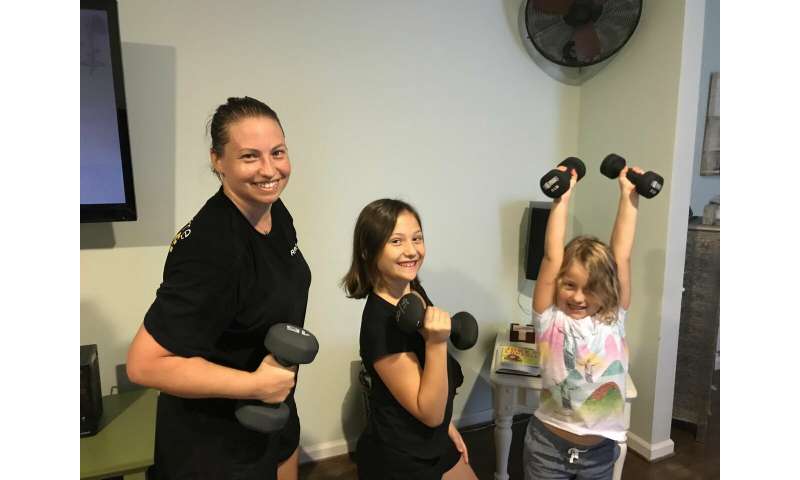 Jessica Knight had tried every diet out there, from low-carb to South Beach to a mail-order boxed meal plan. Ideally, she wanted to lose 50 pounds and lower her BMI, which at more than 30 was in the obese range. But she was losing hope.

Knight tried to stick to each new diet, but all the effort just didn’t seem worth it. “The weight loss never lasted,” says the 36-year-old accountant, who lives in Melbourne, Florida, with her husband and two daughters, ages 6 and 9. “It didn’t help that I had a job where I worked 60-plus-hour weeks and sat at a desk all day.”

Then her sister, a nurse at Emory Johns Creek Hospital, told her about a feasibility study being conducted out of the hospital that involved an image-guided procedure for weight loss.

Interventional radiologist J. David Prologo, associate professor in the Department of Radiology and Imaging Sciences in Emory’s School of Medicine, was enlisting 20 men and women who were mildly to moderately obese for the study, and spots were filling quickly.

The procedure takes about 30 minutes. After the patient is sedated, the radiologist inserts a needle filled with freezing gas into the vagus nerve, using CT guidance. The vagus nerve, the longest and most complex of the 12 cranial nerves, runs from the brain to the abdomen and is a main part of the parasympathetic nervous system, which oversees crucial bodily functions, including digestion.

In effect, the vagus nerve connects the brain and the gastrointestinal (GI) tract.

New attention is being paid to the nerve by researchers for treating disorders from inflammatory bowel disease to depression.

Prologo believes that freezing the vagus nerve could be therapeutic as a weight-loss tool. “An ablation zone is created which stops or shuts down the signals in the nerve indicating hunger to the brain,” he says.

Knight says she is “deathly afraid of needles,” but was determined to regain her health— which meant losing weight. She remembers being given an IV and wheeled back to a room. Then the twilight sedation kicked in. “I could sense things, but it was like a dream state,” she says. “My sister took me home afterward, and when I checked the site where the needle went in, I couldn’t even see anything, it was just a little tender between my shoulder blades. The spot was covered by a BAND-AID.”

Prologo, who is board certified in interventional radiology and obesity management, had used a CT scanner to guide the needle to the vagus nerve, specifically to the area where the stomach meets the esophagus. “It takes two minutes to freeze the nerve, at minus-40 degrees Celsius,” he says. “The spot is a 1-cm-by-2-cm segment near that junction.”

The first week, says Knight, she felt the same as usual. “I thought, what if it didn’t work? What if nothing changed?”

Then she noticed she was cutting down on her food portions and becoming more active. “I still felt hunger but I didn’t get hangry,” she says. The next week, she had to remind herself to eat. “I couldn’t eat a full portion. Like, I could only eat half a cheeseburger. I felt full quickly.”

This was happening across the board with all the study participants, says Prologo. Six months after the procedure, patients reported decreased hunger at 95 percent of their follow-up contacts, and most described eating less at each meal.

It’s important to note, he says, that participants weren’t asked to limit calories or follow any type of dietary restrictions or exercise programs. “Primarily, we wanted to make sure the procedure was safe,” he says. “We didn’t want patients doing anything other than listening to their bodies.”

A surprising effect of the treatment, Knight says, is that she now craves healthy foods. “If I try to eat a piece of cake, I feel like crap afterward. The joy I once got out of eating cake is gone,” she says. “Now I crave salad, vegetables, and grilled meat. I mean, it’s not a magic pill, I do have to make conscious choices to eat healthfully. But it’s much easier. Before, it was torture.”

When people diet, says Prologo, their body and brain conspire to sabotage them: “The first 30 to 60 days of a diet, the body resists and rebels in the name of survival, thinking it’s starving. It slows everything down. It does 10 to 15 different things to block weight loss. Most people cannot overcome that and will succumb.”

There is a critical point where the body readjusts to a new set point and dieting becomes easier, he says, but 90 percent of dieters never get there because of their body’s backlash. That point, which he calls the “catching point,” is where Prologo tries to get people to by freezing the vagus nerve. The treatment is temporary, he says, and probably lasts eight to 12 months. “It pulls the hunger response from you just long enough,” he says, “that losing weight becomes relatively easy.”

Patient Jessica Knight (with her husband) after the vagus nerve procedure. “I still felt hunger but I didn’t get hangry,” she says.

People shouldn’t be shamed for their inability to lose weight, he says. “There’s a real biological backlash that happens when people embark on mainstream diets and calorie restriction. It’s not about being weak.”

His own mother is a case in point: She raised three boys, went to night school, dealt with financial strain, and was a caretaker to her own sick parents.

“Yet my mom could not lose weight,” he says. “When critics say people who are overweight or obese don’t have will power or perseverance, I know that can’t possibly be true.”

The patients in the study lost an average of 5.6 percent of their initial total weight, corresponding to about a 23 percent reduction in excess body mass index (BMI), says Prologo. No adverse events occurred over the six month follow-up, and no procedure-related complications were noted.

As for Knight, by the end of December—eight months after the procedure—she had lost 30 pounds. “There are drops and plateaus. I’ve gone one to two weeks without losing anything,” she says. “But I feel like my body and my appetite have been reset.” An athlete in high school and college, Knight still works out four to six days a week to videos in the morning—cardio and weights. “I’d say my zest for exercise has returned,” she says.

Knight recently visited Australia, where she snorkled the Great Barrier Reef and took part in a three-mile cliff hike. “There has been more than a change in my weight; there’s been a change in my whole attitude and my outlook on weight loss,” she says. “I don’t ever weigh myself anymore. I’m more addicted to the way I feel.”

Prologo is planning a new study, a clinical trial to prove the procedure’s effectiveness. “We are not trying to prove that freezing the vagus nerve necessarily equals weight loss,” he says, “but that it makes dieting easier.”

He is working with Emory physician Sharon Bergquist to determine how a weight loss plan will work for patients with BMIs of 25 to 35, with and without “vagotomies.” Their goal is to determine how the vagus nerve-freezing procedure can best be used to “stop the train” and reverse weight gain, along with its host of associated diseases like diabetes and heart disease.