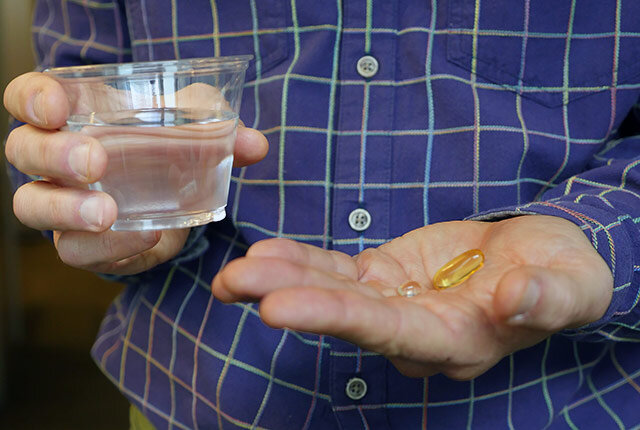 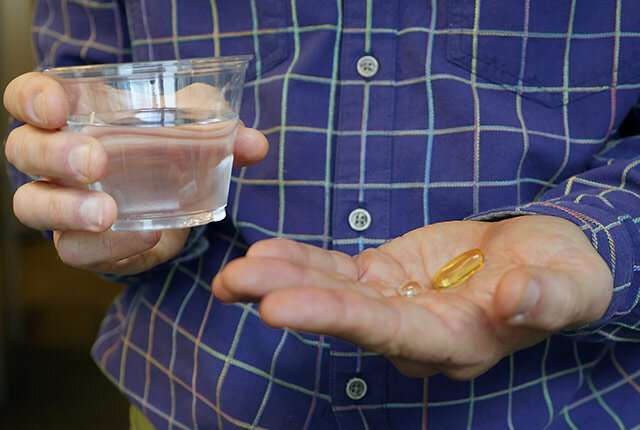 Supplements of vitamin D and omega-3 fatty acids (often sold as fish oil) do not help people with type 2 diabetes stave off chronic kidney disease, according to findings from the largest clinical study to date of the supplements in this patient population.

The paper was published Friday, Nov. 8, 2019, in JAMA and presented concurrently at an American Society of Nephrology conference in Washington, D.C.

“We were hopeful for both of these interventions, vitamin D and fish oil, but they don’t appear to be particularly effective for this purpose,” said Dr. Ian de Boer, the paper’s lead author. He is a professor of medicine at the University of Washington School of Medicine and associate director of the Kidney Research Institute, a collaboration of UW Medicine and Northwest Kidney Centers.

Of the 28 million Americans who live with type 2 diabetes, de Boer said, about 40 percent develop chronic kidney disease, a condition in which the kidneys cannot adequately remove waste and fluid from the body. This disrupts a person’s health in myriad ways and can progress to kidney failure. It also greatly increases the risk of cardiovascular events and death.

Previous animal-model and cell-culture studies have suggested that vitamin D and fish oil supplements have anti-inflammatory and other properties that might prevent or slow type 2 diabetes’ progression to chronic kidney disease. Research also has found associations between humans’ kidney decline and lower levels of vitamin D and lower dietary intake of fish.

“A lot of people use the supplements hoping there are beneficial kidney and cardiovascular effects,” de Boer said. “We wanted this study to clarify whether these supplements have any real kidney benefit in adults with diabetes. Even if it’s not the result we hoped for, closing a chapter is useful for patients and clinicians and researchers alike.”

The study was conducted as part of the nationwide VITamin D and OmegA-3 TriaL (VITAL). The investigators designed a five-year study of kidney function in 1,312 adults with type 2 diabetes in the trial. The adults (men aged <50, women aged <55) had no clinically apparent cardiovascular disease or cancer, and most did not start with signs of kidney disease.

Participants submitted blood and urine samples to establish a baseline estimated glomerular filtration rate—eGFR, a measure of the kidneys’ waste-filtering performance—and the presence of protein in the urine. They were then randomly assigned to one of four treatment groups:

Blood and urine samples were collected at two years and again at four or five years after randomization. On average, kidney function declined by about 15% over the course of the study. The amount of decline did not vary significantly whether participants were assigned to vitamin D or placebo, or to omega-3 fatty acids or placebo. There were also no significant differences in urine protein excretion.