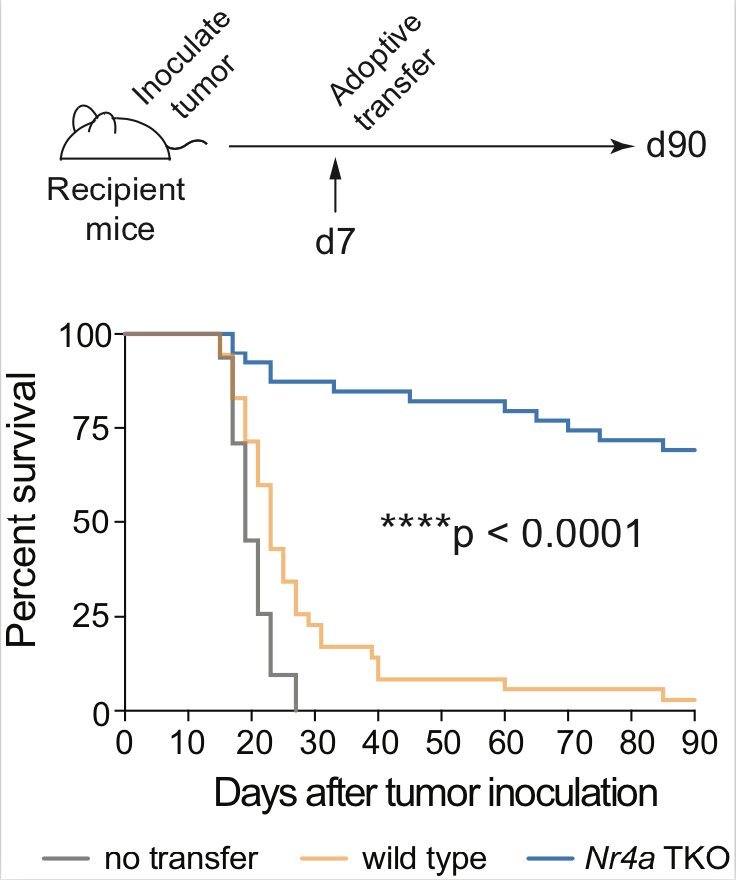 A growing number of cancer patients are being offered a promising new treatment called CAR T cell therapy. In this therapy, a patients’ own T cells are removed and genetically engineered to better recognize cancer cells. The cells are then returned to the patient’s body, where they mount an immune response to destroy the cancer. CAR T-cell therapies have saved lives in patients with blood cancers, but there has been a downside: T cells that enter solid tumors can stop working due to a phenomenon called T cell exhaustion.

The study, published February 27, 2019, in the journal Nature, was led by LJI researcher Anjana Rao, Ph.D., a professor in the Division of Signaling and Gene Expression.

Previous studies from her lab showed that another family of transcription factors, known as NFAT, turned on Nr4a proteins in T cells that entered tumors. In 2017, the Rao lab co-led a study with LJI researcher Patrick Hogan, Ph.D., that measured “exhaustion markers” in T cells in a mouse model of melanoma. Their analysis suggested that NFAT and Nr4a proteins contribute to exhaustion in T cells fighting the cancer.

Joyce Chen, a graduate student in the Rao lab and the first author of the study, says that her research sheds light on how T cells function and raises the possibility of addressing T cell exhaustion in future CAR T cell therapies. “There are a lot of steps between our experiments and the clinic, but every new bit of information we discover adds to our knowledge base and may contribute to improving cancer immunotherapies,” says Chen. 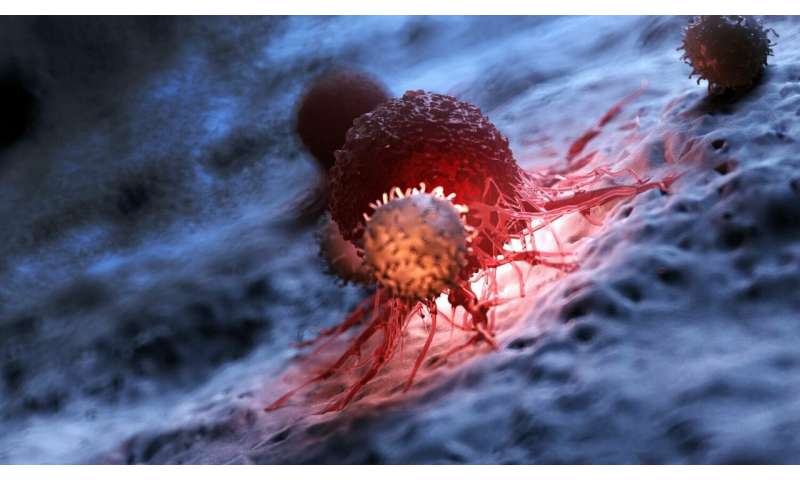 Chen’s research expanded on previous studies from the Rao lab showing that levels of Nr4a transcription factors are increased in T cells that face chronic viral infections. Like T cells exposed for long periods of time to cancer antigens, these T cells encounter a long-term onslaught from viral antigens. Over time, that stimulation leads to exhaustion and the T cells stop doing their job.

Chen and colleagues tested their theory in CAR T cells, using conditions similar to those used to administer CAR T cell therapies to patients. They altered T cells using genetic methods, causing them to act as CAR T cells with an ability to attack tumors. These CAR T cells were then transferred into mice that were injected with tumors. Mice in the experimental group had also been modified to have members of the Nr4a family deleted in their CAR T cells, whereas mice in the control group retained the Nr4a family members.

The experiments confirmed that Nr4a transcription factors do play a role in regulating T cell exhaustion. The majority of the mice that received the Nr4a-deleted CAR T cells lived, and their tumors regressed and stayed small over the course of the 90-day experiment. In contrast, almost all of the mice that received normal CAR T cells with the naturally occurring Nr4a transcription factors died by day 35 as a direct result of their tumors.

“It is really encouraging to see that we can identify and demonstrate the function of the transcription factors that have a strong role in T cell exhaustion,” says Chen.

Chen says there are many steps between the results of this study and being able to translate those results to human therapies since one cannot easily edit multiple genes in human cells without knowing the consequences for safety; however, knowing the role of NFAT and Nr4a transcription factors solves a mystery in immunology and offers cancer researchers a new target for designing better therapies.