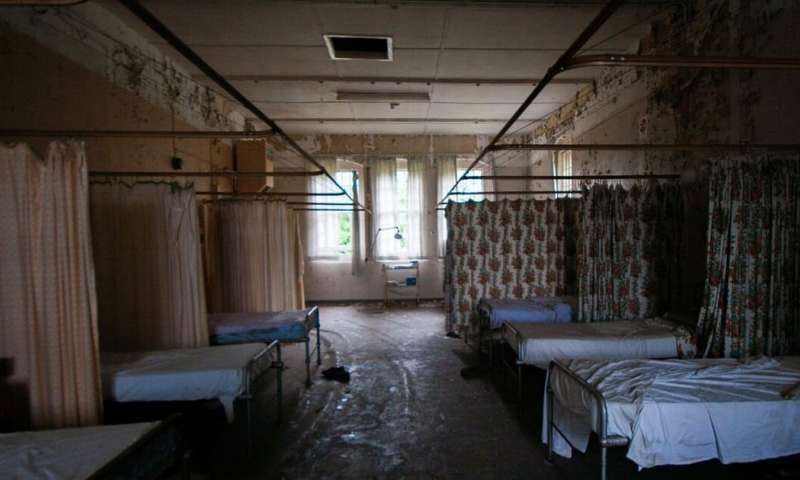 Anyone who has witnessed conditions in the UK’s prisons – whether on television or in person – could not fail to be alarmed by the violence, despair and mental distress experienced by staff and prisoners. In the current chaos of the prison environment, caused in part by staff recruitment and retention problems, growing numbers of prisoners are using illegal drugs to self-medicate – often with appalling consequences for their mental health.

Self-harm and suicide rates are also on the rise, with the latter reaching a record high of 52,814 incidents in 2018; a 23% increase from 2017. While many prisoners enter custody with serious mental health needs, there is evidence from research that being in prison can exacerbate experiences of trauma and mental illness, and bring on a profound pain of imprisonment.

But it doesn’t have to be this way. As the UK government plans to open four new prisons by 2020-21, it’s worth remembering how great an impact the architecture of such institutions can have on the mental health of inmates. Building design can offer therapeutic benefits for both psychiatric in-patients and prisoners. Or, it can result in vulnerable people – including those with severe mental illness – being held in custody, rather than receiving high quality, community-based care.

An intertwined history with the asylum

Our research explores the intertwined histories of asylums and penitentiaries. Today, asylums are viewed with horror, due to the barbaric practices employed there from the 18th to the 20th century. Over time, physical constraints such as leg irons and straitjackets gave way to more sophisticated (not to say alarming) medical practices.

Insulin coma therapy was used in asylums in the 1930s and 1940s for treating schizophrenia – the rationale being that a deep coma would “fry” the disease. As late as the 1970s, in Britain, inmates of asylums could be regularly drugged with sedatives known as “liquid cosh” or subjected to lobotomies or electroconvulsive therapy.

Yet from the early decades of the 19th century, many asylums were purpose built and architecturally designed to aid mental recovery. Today, many imagine they were built on the edges of major towns and cities to emphasise the marginal status of patients. But in fact, their location and built environment was based on an intention to reintroduce recovered patients back into society, and initially, patients were observed to make progress.

While some had high walls and locked doors to wards, many more were built with spatial therapy in mind: fresh air, cultivated lawns and leafy walkways around the perimeter were used to promote calmness and reflection. Patients might enjoy a cricket match with staff, or undertake occupational therapy in the purpose-built farmyard. 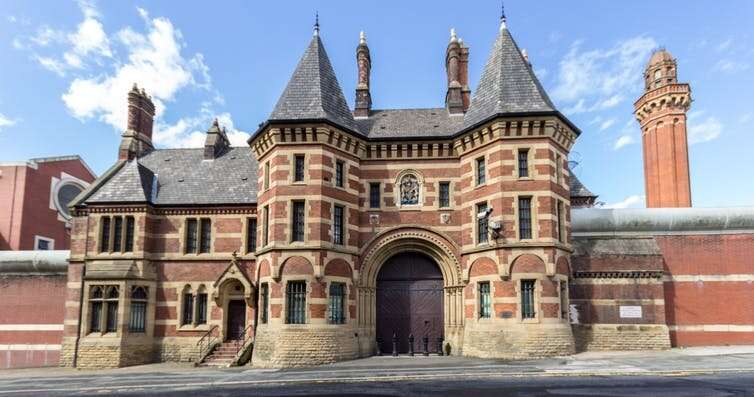 But as the 19th century wound to a close, asylums began to take on the punitive, oppressive atmosphere of prisons. A combination of mass incarceration and a demoralised workforce meant asylums were filled up with “chronic” cases. An aroma of moral censure in the attitudes of staff reflected the asylum’s morally imposing architecture: the bricks and mortar seemed designed to lock inmates in permanently.

This transformation obscured whatever was once therapeutic about such places. No wonder few mourned the passing of these “total institutions” – a memorable phrase used by the sociologist Erving Goffman to reflect the toll they took on a person’s identity. The term “institutional neurosis” eventually gave a medical name to the problem: these places caused patients to become passive, demotivated and dependent on the staff and structures of the institution.

From the mid-19th century, the asylum had its dark double in the penitentiary, which caused widespread insanity among both kinds of inmates. Morally imposing architecture, like that found at Broadmoor Hospital (built in 1863) and Manchester Prison (1862), contributed to a sense of imprisonment felt by asylum inmates, and to a sense of madness among prisoners. The decorative Italianate design features of these buildings do little to soften the sense that their towering facades belong to an unenlightened era.

As the UK government contemplates its next phase of prison planning and design, it would do well to consider the self-harming, paranoid and destructive behaviour recorded by the Prison Reform Trust, which recently found that 25% of women and 15% of men in prison reported symptoms indicative of psychosis (compared to a rate of 4% among the general public) and suicides were 8.6 times more likely in prison than in the general population.

Up to now, the government’s approach to “future-proofing” prison environments – that is, attempting to make them suitable for use up to 50 years in the future – has typically involved ramping up their security to suit an imagined, future group of offenders, who will require greater control of movement and more secure accommodation than current prisoners.

Having a psychiatric disorder is associated with violence and victimisation in prison, so it seems likely that a focus on providing a healthier built environment, rather than a more secure one, would benefit prisoners and staff alike.