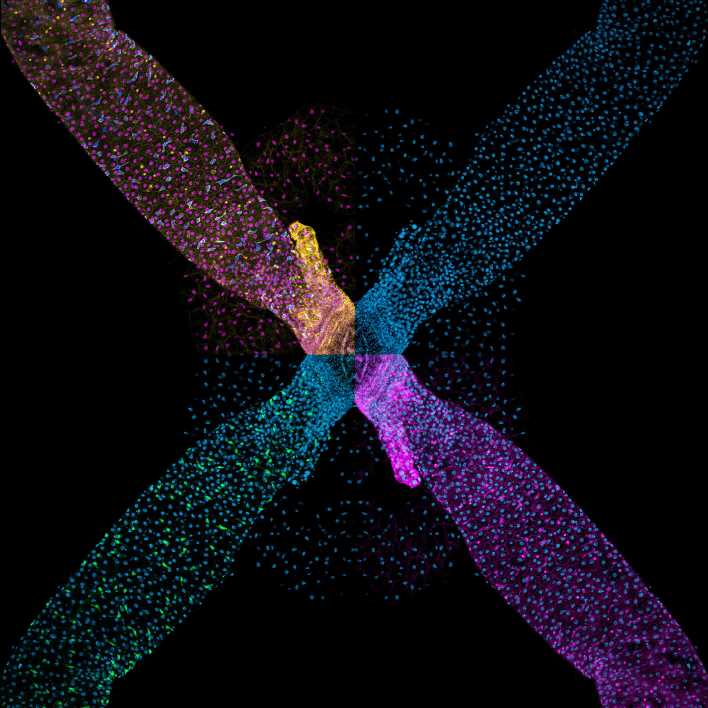 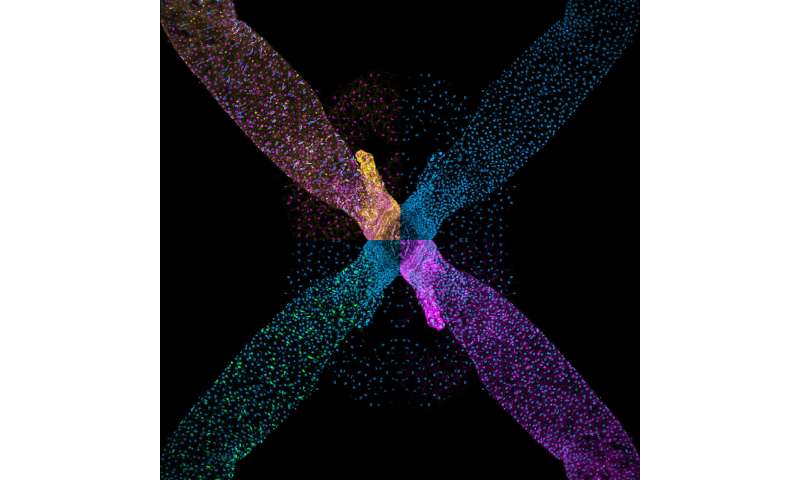 The survival and fitness of multicellular organisms is tightly associated with their capacity to renew their tissues. This is particularly important for tissues that are permanently exposed to and challenged by the external environment, such as the epithelium, which lines the digestive tract. Researchers led by Professor Dr. Mirka Uhlirova from CECAD, the Cluster of Excellence for Aging Research at the University of Cologne collaborated with the laboratory of Dr. Tony Southall from Imperial College London to identify the transcription factor Ets21c as a vital regulator of the regenerative programme in the adult intestine of the fruit fly Drosophila. Moreover, their work highlighted the existence of trade-off mechanisms between stress resilience and longevity. The results have now been published in the journal Cell Reports.

While primarily involved in nutrient absorption and digestion, the intestinal epithelium also serves as a selective barrier that restricts the passage of pathogens and toxic substances. The renewal of the intestine is accomplished by stem cells which proliferate and differentiate to maintain tissue integrity and functions throughout an organism’s lifetime. In contrast, stem cell malfunctions have been linked to tissue degeneration or cancer development. The new research contributes to a better understanding of the molecular underpinnings of the regenerative processes under favourable as well as stress conditions.

Transcription factors are proteins that directly bind to DNA and regulate the expression of specific genetic information. The Ets21c transcription factor has repeatedly been found upregulated in response to stress, bacterial infection, and aging. Yet, the biological meaning of its induction remained an enigma. Dr. Juliane Mundorf and her colleagues from the Uhlirova and Southall labs thus decided to exploit the genetic amenability of the Drosophila model to switch the function of Ets21c off either in the entire fly or specifically in stem or differentiated cells of the intestinal epithelium. Strikingly, flies lacking Ets21c developed normally and outlived the controls when maintained under non-stressed conditions, i.e. housed in a clean environment and regularly fed. “The Ets21c deficiency, however, revealed its dark side as soon as the mutant flies encountered stress,” Uhlirova explains. Flies lacking Ets21c died much faster when fed with herbicide, which generates damaging reactive oxygen species. “The intestine of adult flies emerged as the tissue which requires Ets21c function to confer stress tolerance,” she adds.

Combining genetic and genome-wide approaches, the authors show that Ets21c promotes the renewal of the intestinal epithelium by regulating a specific set of target genes that coordinate the proliferation of intestinal stem cells and the elimination of mature absorptive cells. However, Ets21c activity must be tightly controlled. While its loss slows down epithelial renewal, which might be beneficial for the lifespan, it makes flies vulnerable to stress, since they cannot regenerate the damaged tissue. Too much Ets21c, on the other hand, accelerates tissue turnover, resulting in overgrowth and premature aging.