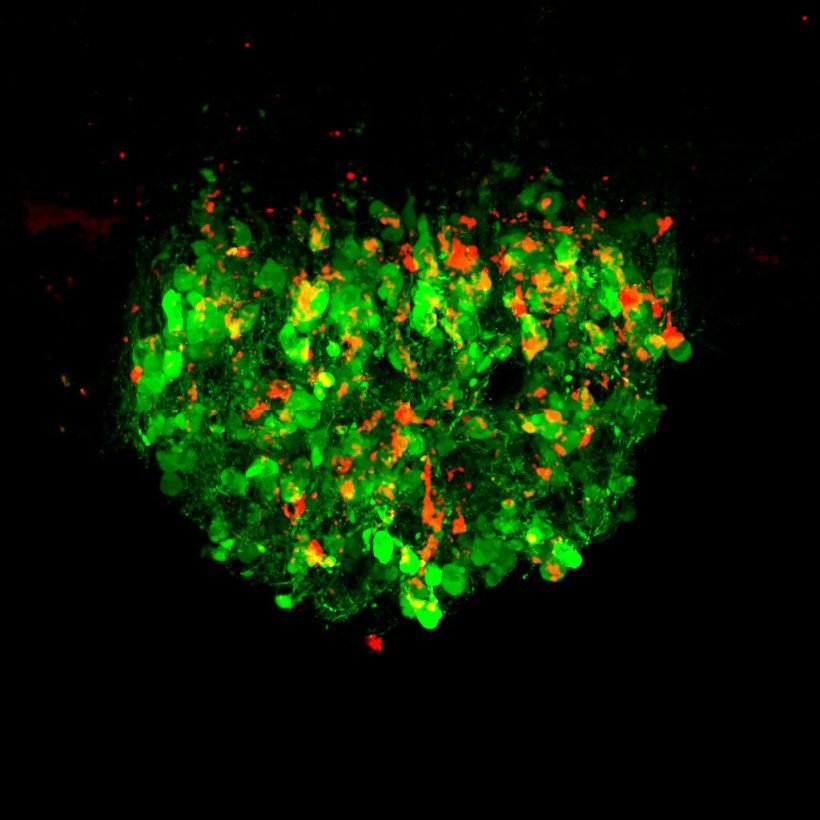 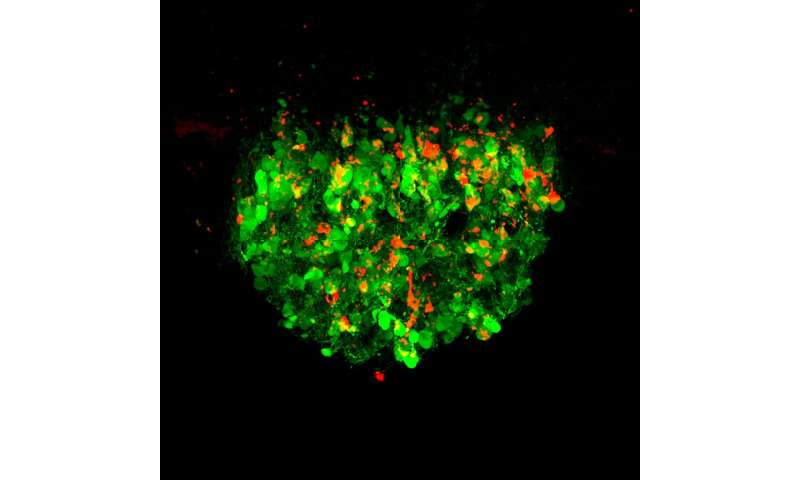 Water bottles are everywhere these days, along with all kinds of advice about exactly how much water you should be drinking. But how does your brain actually know when you’ve had enough and can stop feeling thirsty? A new UC San Francisco study—published March 27, 2019 in Nature—may have the answer.

Until recently, scientists believed that a brain region called the hypothalamus makes us thirsty when it detects a drop in the hydration of our blood. But UCSF neuroscientist Zachary Knight, Ph.D., an associate professor of physiology and Howard Hughes Medical Institute Investigator, realized that this couldn’t be the whole story—in particular because a refreshing beverage begins to quench our thirst almost as soon as it touches our lips, despite taking 10 minutes or more to actually change our overall hydration.

In a 2016 study, Knight lab graduate student Christopher Zimmerman helped to explain this phenomenon by showing that sensory signals from the mouth and throat make thirst neurons in the hypothalamus shut down immediately when mice take a drink. These sensors appear to predict how hydrating a drink will be, based on the volume of liquid an animal swallows, and they are particularly attuned to cold fluids, which may explain why an icy drink is so refreshing.

“This fast signal from the mouth and throat appears to track how much you drink and match that to what your body needs,” Zimmerman said. “But we also knew that this fast signal couldn’t explain everything.”

In particular, the researchers wondered how the brain knows exactly how hydrating a drink will be. After all, sea water doesn’t quench thirst, but it would activate many of the same receptors in the mouth and throat as ice water from the fridge.

In their new study, Zimmerman and colleagues used flexible optical fibers implanted near the hypothalamus to watch the activity of thirst neurons as mice drank salty water. In agreement with the team’s earlier results, these neurons did go quiet as soon as the thirsty animals took a drink, but then quickly switched back on, as if some other sensor were testing the water the animal had just drunk and alerting the brain: “Too salty—stay thirsty!”

To see whether these signals could be coming from the gut, the researchers infused liquid directly into the stomachs of thirsty mice while watching the activity of their thirst neurons. They found that infusing fresh water deactivated these cells just as well as taking a drink does, but after infusions of salt water thirst neurons remained active. When mice were given a salt infusion and then allowed to drink pure water, their thirst neurons initially went quiet as they drank, but soon switched back on, as if signaling the need to drink more to make up for the added salt in their stomachs.

These results suggest that the sensors in the mouth and throat that Zimmerman discovered in 2016 let the brain temporarily quench thirst to reward animals for taking a drink, but that the thirst neurons then review this decision based on a second level of sensors in the gut (probably at the beginning of the small intestine, the authors suggest) that predict how well the drink will rehydrate the animal and tell it whether it needs to keep drinking.

“Interestingly, salt water didn’t drive drinking in well-hydrated mice, just in mice who were already thirsty,” Zimmerman said. “This suggests that signals from the gut are needed to quench thirst, but that you actually need to become dehydrated to trigger thirst in the first place.”

The researchers showed that the gut’s hydration signals travel via the vagus nerve to activate thirst neurons. Using a technique called optogenetics, which lets scientists activate or shut down particular groups of neurons using beams of light, the researchers showed how these cells—which are located in the hypothalamus’s subfornical organ (SFO)—pass messages to the nearby median preoptic nucleus (MnPO), which can respond by driving animals to drink and telling the kidney to conserve water in the bloodstream.

The researchers were intrigued to discover that a subset of individual neurons in the MnPO appeared to respond to and integrate drinking signals from the mouth and throat, satiation signals from the gut, and information about an animal’s overall hydration level from the bloodstream. Other nearby cells also encoded other information like an animal’s stress level or the availability of water sources.

“This is the first time we’ve been able to watch in real time as single neurons integrate signals from different parts of the body to control a behavior like drinking,” Knight said. “This opens the door to studying how all these signals interact, such as how stress or body temperature influences thirst and appetite.”

In addition to studying the normal function of the SFO and MnPO thirst neurons, the researchers hope to use these insights to understand whether defects in how these neurons regulate fluid balance within the body could explain the origins of diseases like high blood pressure.