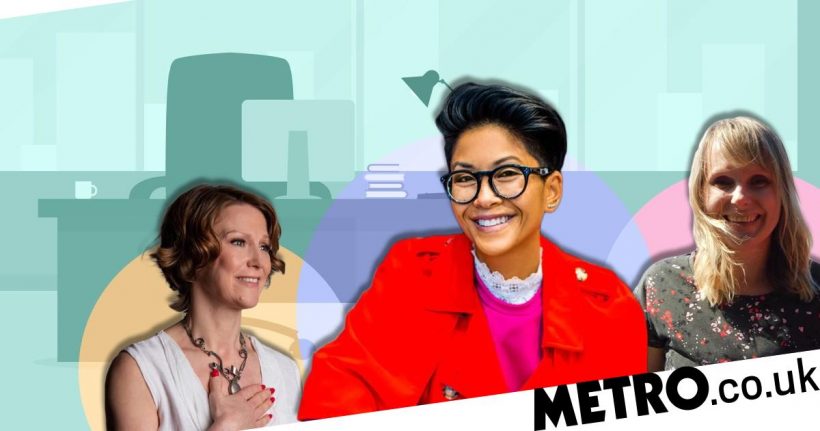 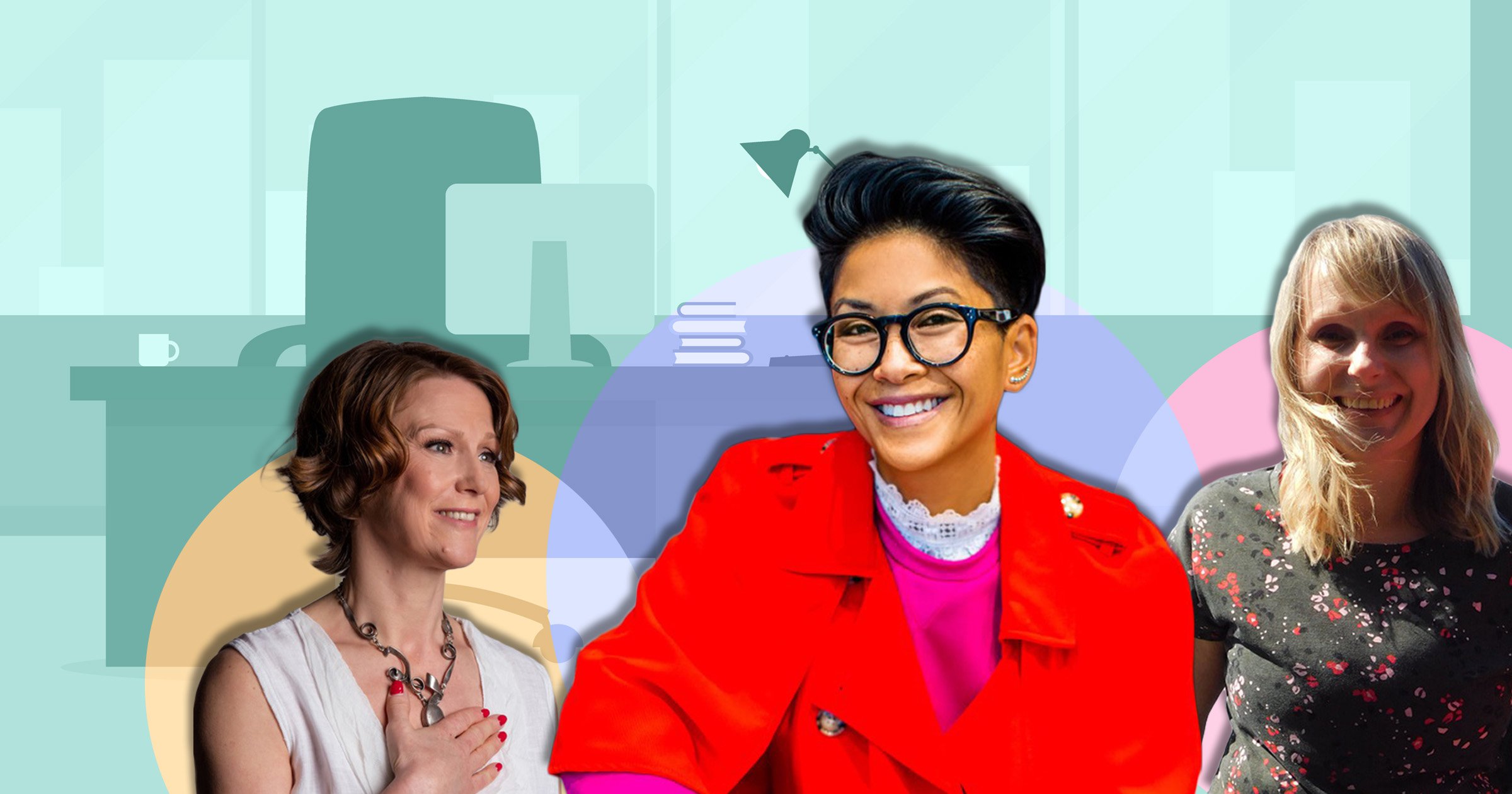 When Chantelle Znideric began experiencing perimenopause symptoms at the age of 38, she was tearful every day.

She had ‘horrendous’ periods, with only four days each month without bleeding, and the night sweats left her sheets soaked through.

‘The thought of carrying out simple day-to-day tasks with brain fog and memory loss made me feel like a complete failure,’ says the personal stylist, now 44 and based in Devon.

‘I experienced uncontrollable rages – like PMT on steroids – and a huge amount of negativity that was all-encompassing.’

It’s why she’s frustrated that ministers have rejected a proposal submitted by the Women and Equalities Committee to introduce ‘menopause leave’ pilots in England.

The government report, released on Tuesday, also dismisses a recommendation to make menopause a protected characteristic under the Equality Act – in case this leads to the discrimination of men.

It suggests these proposed changes could lead to “unintended consequences which may inadvertently create new forms of discrimination, for example, discrimination risks towards men suffering from long-term medical conditions”.

Instead, the government said it was focused on encouraging employers to implement other workplace menopause policies.

Like Chantelle, around one in 100 women experience perimenopause symptoms before the age of 40. Although we often use the phrase ‘the menopause’ colloquially, technically a woman has only reached ‘the menopause’ when she’s had a year without periods.

The bit leading up to that – called the perimenopause – can be debilitating, and symptoms often coincide with a woman’s career entering its peak.

The impact is shocking. Around one million women in the UK have even been forced to leave their jobs due to perimenopause/menopause symptoms, according to research released by Bupa last year.

Chantelle, who’s cut down her working hours due to symptoms, believes she would have greatly benefitted from menopause leave, to ‘pause and reset the cog for even a couple of months’.

‘I felt like I couldn’t manage my schedule and I can remember having to cancel meetings when I was at my worst,’ she says. ‘Not feeling good enough was a horrible feeling.’

For Claire Hattrick, a beauty therapist based in Hampshire, perimenopause symptoms that started at the age of 39 were characterised by severe joint pain.

‘Trying to wax somebody’s legs and manicure their nails when you have excruciating pain in your elbows, knees and hips was virtually impossible,’ she tells Metro.co.uk.

‘I used to hop from one leg to another without my client seeing, to alleviate the pain. In between clients, I would often lay on the floor, crying in agony.’

Claire, now 55, says she’s ‘lost 10 years of her life’ due to debilitating menopause symptoms and has reduced her hours at the salon, so she now only works half days.

In her spare time, she’s launched a blog to try to help other women navigating menopause and believes formally recognised leave would help.

‘Women tell me daily, they love their jobs, but feel they let others down when it comes to brain fog,’ she says. ‘They also tell me they feel they have no support in the workplace and have no alternative but to cut their hours down or leave! This is so unnecessary!’

Lauren Chiren, 53, from Bristol, has also been inspired to help the next generation of perimenopausal women, due to her own poor experience.

She quit her corporate job as head of transformation for a large building society in her early 40s, because she thought she was experiencing early-onset dementia. She now knows it was menopause-related memory loss.

‘On one hand [I felt] relieved, I was no longer stressing about work,’ she says of quitting her job. ‘But on the other, [I felt] petrified, as I literally lost any confidence and self esteem and, as a sole parent, was worried I’d never be able to work again.’

Initially, Lauren took on a smaller part-time role working in a school to help her get back on her feet.

She thinks if menopause leave had been available in her corporate job, she may have put two and two together sooner and sought solutions.

Now that she’s out the other side, she’s created Women Of A Certain Stage, an organisation working with employers globally to help them become more menopause-friendly.

FYI: You’ve still got some legal protection if menopause is impacting your work:

But if your workplace isn’t open to this, all is not lost: you still have some protection.

‘While menopause won’t be a standalone protected characteristic under the Equality Act 2010, employers should remember that affected employees are still covered under existing characteristics,’ she explains.

‘First, any health condition, including the menopause, may be considered a disability under the Equality Act if its symptoms cause a substantial and long-term adverse effect on the employee’s ability to carry out normal day-to-day activities. Also, since only females, and those assigned female at birth, are affected by menopause, placing an employee at a disadvantage for a women’s health issue could amount to sex discrimination or harassment.’

Speak to your HR department, union or Citizen’s Advice for help on navigating potential discrimination issues at work.

As well as menopause leave for those working for an employer, Maria Jones, a 45-year-old yoga instructor from Aberdeen, wants better support for women who are self-employed.

She began experiencing fatigue, among other symptoms, at the age of 40, and had to stop teaching high-energy classes and alter her timetable.

‘On one occasion, I was on my way back from an evening yoga class I felt my eyes closing as I was driving,’ she says.

‘The brain fog made it particularly confusing to drive in the dark. One day, on the way back from football training for my son, a traffic incident meant that the traffic was diverted through the back roads. I started crying when I eventually got home that evening…’

Thankfully, things have been much better since she started taking hormone replacement therapy (HRT), but she says getting a prescription from her doctor wasn’t straightforward – so she’d like to see the government doing more to engage healthcare professionals on the latest treatment guidance.

Metro.co.uk contacted both the Department of Health and Social Care and the Department for Work and Pensions regarding the latest government report on menopause and any future plans to support women.

In response, a government spokesperson said they recognise the menopause can be a ‘challenging time for women’, adding that they have ‘put women’s health at the top of the agenda as part of the first-ever Women’s Health Strategy for England’.

‘We are implementing an ambitious programme of work with the NHS to improve menopause care so all women can access the support they need,’ the spokesperson added.

‘We encourage employers to be compassionate and flexible to the needs of their employees, and are committed to supporting more flexible working patterns – having consulted on making flexible working the default unless employers have good reasons not to.’

It does little to reassure women like Lauren, who describes the government’s latest move as ‘hugely frustrating, disappointing and shortsighted’.

‘It shows how far women’s rights still have to go,’ she says. ‘We poured so much time into providing evidence to parliament, writing and talking to MPs and for what?’