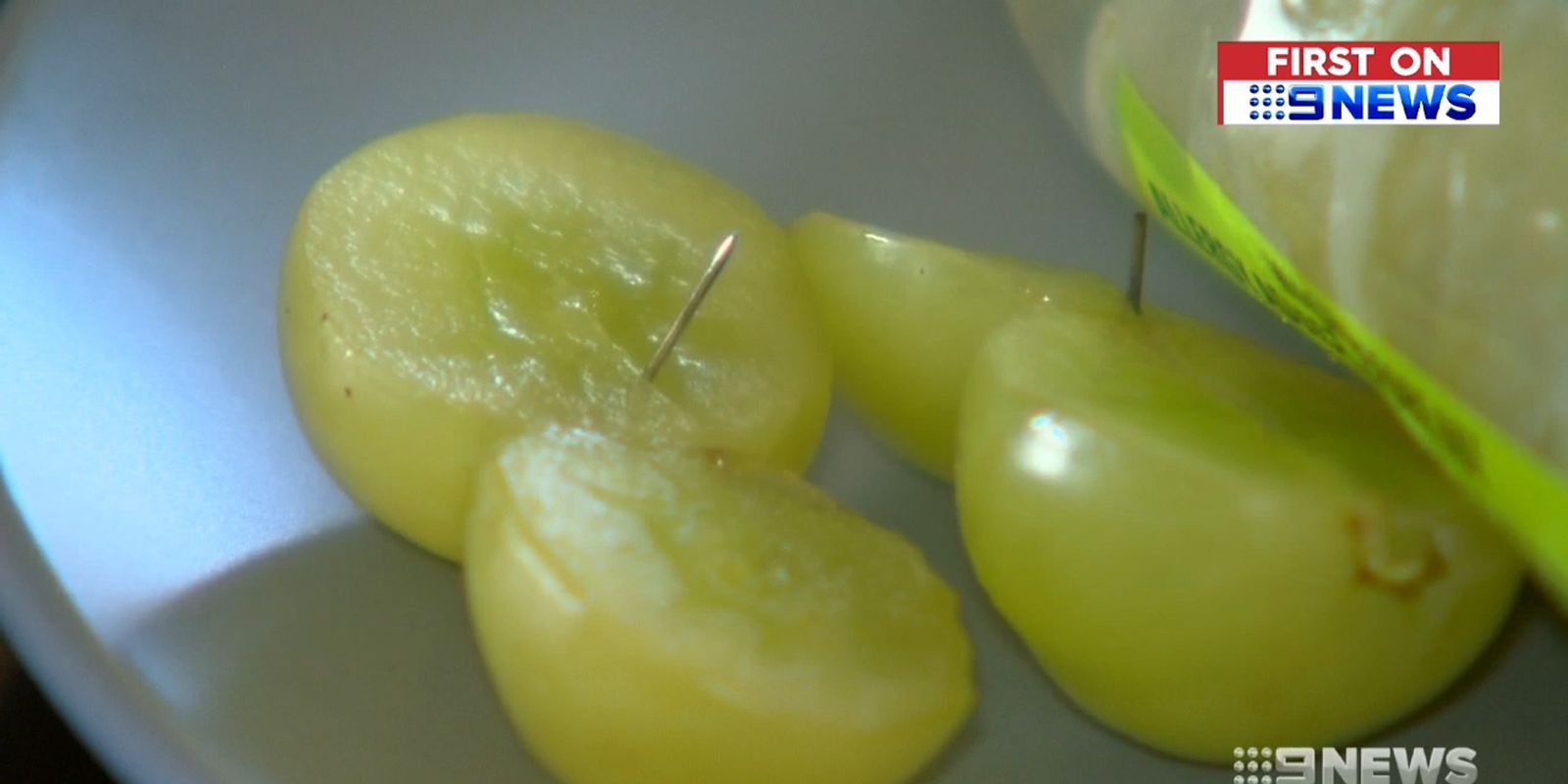 A couple in Melbourne, Australia recently found needles hidden inside a bag of grapes, according to 9News. Skender Hasa bought the green grapes from Woolworths Supermarket. Shams Alsubaiy, who is pregnant, pricked her finger when she picked up one of the grapes.

The couple cut open the grape to find a needle stuck through it, Hasa told 9News. They proceeded to cut open each grape from the bag, and found two needles total. “I was just shocked, scared. I thought this was all over and done with,” Hasa told the outlet, in reference to the needles in strawberries throughout Australia last year.

Police are investigating this incident, and luckily neither Hasa nor Alsubaiy ate either of the grapes with needles. The bizarre and dangerous concept of needles in fruit is all too familiar for Australia. Jon Wacker, superintendent of the Queensland Police Drug and Serious Crime group, said in a news conference that there were 186 reports of needles found in strawberries.

Scott Morrison, prime minister of Australia, even increased the maximum jail time for contaminating food or recklessly contaminating fruit from 10 to 15 years, according to Australia’s ABC News.

Business Insider reports that there has been at least once case, also, of a needle found in an apple, a banana, and a mango. Needles have been found in all six Australian states, New Zealand, and in at least one package of Australian-grown strawberries that were sold in Singapore.

My Ut Trinh of Queensland was charged with “seven counts of contamination of goods with intent to cause economic loss” after police identified her DNA on one of the needles found in a strawberry, according to News.com. Trinh, a former strawberry farm supervisor, allegedly placed the needles in the strawberries in an attempt to seek revenge “over a workplace grievance.” News.com reports, “Growers including Trinh’s employer suffered massive financial losses as they were forced to destroy crops.”

Hopefully the needles in grapes is an isolated incident and whoever is continuing to contaminate fruit in Australia is stopped.