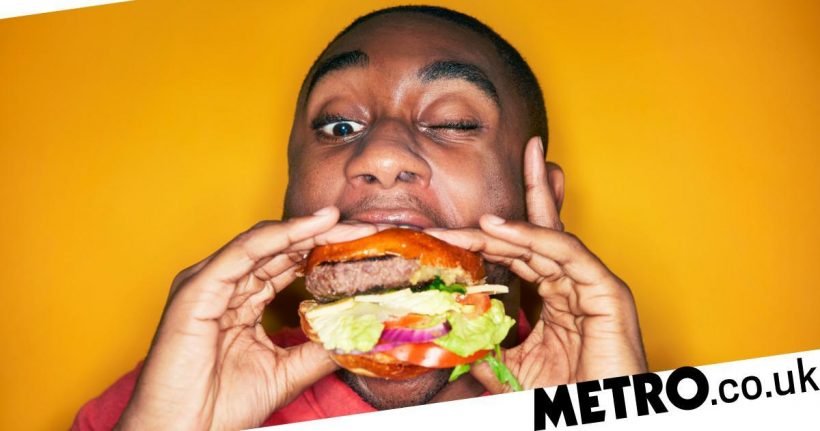 There’s no getting away from junk food adverts and temptations.

However, it turns out it’s not just external factors making us want to tuck into burgers, fries, and pizzas, but internal ones too.

Scientists at North Carolina University have discovered a ‘switch’ in the brain that creates the cravings for certain foods.

It lies in a region of grey matter called the central amygdala – which is known for controlling emotions – and experiments found that turning off a protein called nociceptin in these cells stopped mice pigging out on tasty food.

With less of these nociceptin-making neurons, they were less tempted go over their standard food needs and gorge on sweet and rich extras they were given access to.

Professor Thomas Kash, a pharmacologist at North Carolina University, said: ‘Scientists have studied the amygdala for a long time – and they’ve linked it to pain and anxiety and fear.

‘But our findings here highlight it does other things too – like regulate pathological eating.’

It’s thought (and described in the Neuron journal) that this is a lingering by-product of evolution, whereby our environment has changed but brain wiring has not. Essentially, when food was scarce our bodies were programmed to try and eat as many calories as possible.

Nowadays, with easier access to high-calorie foods, our brains still regard these options as better choices.

Previous research has pointed the finger at nociceptin, but Professor Kash and his team have shown compounds blocking the protein – called nociceptin receptor antagonists – have little or no effect on normal feeding by rodents and hedonic bingeing on tastier foods that are bad for them.

Now Professor Kash and colleagues have found the circuit through which they work, they will be researching further to see if they can have an affect on human obesity using their findings.

MORE: Woman with depression who keeps falling asleep in public is worried about doing it at her own wedding