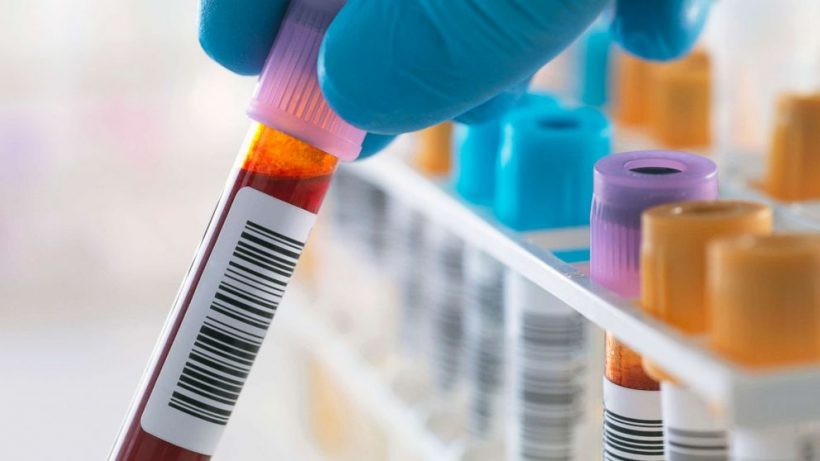 When it was first named in 1983, HIV was thought to be a death sentence. The virus replicated rapidly in the people it infected because there were no treatment options, and many people went on to develop AIDS, which quickly became a leading cause of death among young adults.

The outlook was initially “very bleak,” Dr. Anthony S. Fauci, director of the National Institute of Allergy and Infectious Diseases, told ABC News. Today, however, people with HIV live close to normal lives, which can be just as long as anyone else — if they receive the proper treatment.

Researchers quickly began developing treatments for HIV and AIDS as the scope of the epidemic became more apparent. In 1987, patients started receiving the first medication approved for HIV, commonly known as AZT. In subsequent years, a slew of better medications came out, leading to a narrowing in the life expectancy gap between people living with and without HIV from 44 years in the mid-1990s to about a decade today.

Although we’ve come a long way from the peak of the AIDS epidemic, HIV and AIDS still aren’t curable — only manageable. There have been glimmers of hope, however. In 2007, doctors reported the first patient cured of HIV, after Timothy Ray Brown, also known as the “Berlin Patient,” underwent a transplant of stem cells derived from another person’s bone marrow and remained free of infection thereafter. This week, a second patient, known as the “London Patient,” is reportedly in remission.

Here’s what you need to know about HIV and this important scientific breakthrough.

HIV causes an infection that makes the body vulnerable to other illnesses.

HIV is a virus that attacks the immune system by infecting CD4 cells, also called T cells, which help the body fight off infections. Most of the time, HIV uses a receptor called CCR5 to enter and infect the CD4 cells. HIV is then able to multiply within the cell using the cell’s own machinery before exiting it and infecting others. HIV reduces the number of CD4 cells in the human body, which averages about 500 to 1,500 of them at any given time. As CD4 cell counts drop, a patient’s immune system becomes weaker and they become more susceptible to infections and cancer. When the CD4 cell count drops below 200 or a person with HIV develops certain types of infections, they are considered to have AIDS, which is the last and most severe stage of HIV infection.

HIV is not rare.

HIV infection is treated using targeted medications called antiretroviral treatment, or ART, which is recommended for anyone with HIV. ART works in many ways but typically, patients take three antiretroviral medications every day — sometimes as a single pill — to block HIV at different stages of its life cycle. The goal of ART is to keep the levels of the virus in the blood — known as viral load — so low that they become undetectable. This prevents complications of the virus and reduces its transmission to others.

A recent advancement in HIV treatment, called Pre-exposure prophylaxis, or PrEP, is now available for people who don’t have HIV but face an increased risk of getting it. The daily pill works to prevent HIV from establishing a permanent infection and when taken consistently, it has been shown to reduce the risk of HIV infection in high-risk people by 92 percent.

The ‘London Patient’ may be the second person with HIV to no longer have the virus.

Doctors recently reported a case of the second patient to have achieved HIV remission after undergoing a bone marrow transplant to treat cancer and ending ART.

The so-called “London Patient,” who has chosen to remain anonymous, was first diagnosed with HIV in 2003. He took ART to treat HIV for years without issue before being diagnosed in 2012 with an advanced form of blood cancer called Hodgkin’s lymphoma.

As part of his cancer treatment, he received a bone marrow transplant. The doctors picked donor bone marrow that they knew had a mutation in the CCR5 receptor called “delta 32,” which prevented CCR5 from being produced altogether. The man continued to take ART for a short time after his transplant in order to make sure his viral load stayed down, and 18 months after he stopped ART, doctors found that the virus continued to remain undetectable.

For one, bone marrow transplants can have serious complications. The “London Patient” himself experienced some of these, including infection from other viruses. Patients who receive transplants also have to take medications to suppress the immune system, and they require close monitoring with blood tests.

Although bone marrow transplants with the CCR5 mutation might benefit patients with HIV and certain types of cancer, it’s unclear right now if stem cell transplants are any better at treating HIV than remaining on ART, which is already incredibly effective. Either way, the total number of medications could be about the same.

The success of the ‘London Patient’ shows that CCR5 is a target for HIV research.

The “London Patient’s” success story confirms what many scientists had already suspected: that CCR5 is a viable target for HIV treatment.

“The fact that this person has confirmed the original Tim Brown transplant tells us that CCR5 is important,” Fauci said.

Other strategies to treat HIV using CCR5 include the administration of drugs that bind to CCR5 and stop the receptor from working, as well as gene therapy to cut out the CCR5 gene and thereby prevent the receptor from being made. These are the subject of ongoing research.

For there to be an HIV cure, Fauci said a treatment needs to accomplish two things: eliminate HIV and do so while a patient is taken off of ART. While stem cell transplants may not necessarily replace medications for the widespread treatment of HIV, Fauci is hopeful a cure will be discovered in the near future.