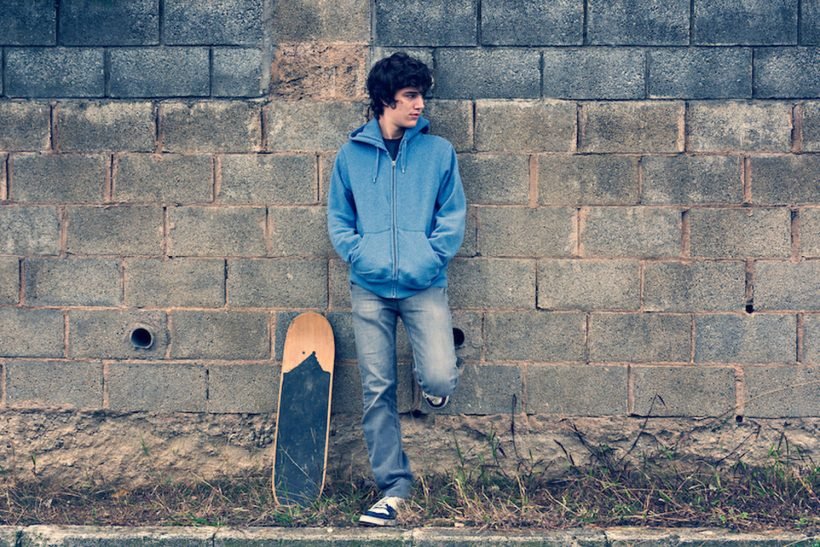 Being uneasy in situations like a first date or a job interview is quite normal and happens to everyone. But when that nervousness escalates into a feeling of extreme discomfort, dread or apprehension about normal social interactions, it can result in a diagnosis of social anxiety disorder.

Also known as social phobia, social anxiety disorder involves significant anxiety and discomfort about being embarrassed or looked down upon in social or performance situations, according to the American Psychiatric Association (APA). Typical situations that spark social anxiety are using public restrooms, interacting with strangers and public speaking.

Social anxiety can be so debilitating that it interferes with a person's ability to perform everyday functions, attend social gatherings or even work, according to the Anxiety and Depression Association of America (ADAA).

The disorder is often confused with shyness, but not all people who suffer from shyness have social phobia. According to a 2011 survey of more than 10,000 teens by the National Institute of Mental Health (NIMH) and published in the journal Pediatrics, only half of the youth identified as shy, and of that number only 12% met the criteria for social anxiety.

People who experience social anxiety disorder are highly apprehensive in social settings, according to NIMH, more so than the occasional case of nerves some may experience in everyday encounters.

Generally, people with social anxiety disorder are concerned about being harshly judged by other people, even if it is not the case, according to NIMH. There is a feeling that when they walk into a room, everyone is watching them. They are typically afraid of coming off as foolish and have an intense fear of embarrassing themselves.

The symptoms can be physical, such as sweating, shaking, confusion, muscle tension or an accelerated heart rate, according to the Mayo Clinic. Blushing or having a red face is another physical manifestation of the disorder. Sufferers can feel faint or have a highly upset stomach.

Some of the symptoms can come on weeks or months before an event and be brought on by simply thinking about an upcoming social situation, according to the APA.

Social phobias severely inhibit a person's ability to make and maintain friendships. To cope, many will completely avoid social situations or severely limit their activities. If they do attend a social gathering, they will fade into the background. They will rarely attend events alone and need to bring someone they know along for security.

Unlike other anxiety disorders, there isn't a lot known about what causes social anxiety disorder. "The causes of the disorder are thought to fall into either the biological or environmental camps," said Cheryl Carmin, a psychiatrist and director of the clinical psychology training program at the Ohio State University Wexner Medical Center.

Of the 15 million American adults who have the disorder, most begin exhibiting signs in childhood or early adolescence, according to the ADAA. More than one-third of those with social phobia wait 10 years or longer to seek help.

While there may be a genetic component, some experts believe that social anxiety is at least partly caused by environmental factors. For example, children who witness a parent or other adult who is uncomfortable in social situations may believe that is typical behavior.

"A parent or a significant adult figure may model that it's appropriate to be anxious in situations where your performance will be evaluated," Carmin told Live Science. "For example, a parent who is commenting on being nervous about a performance review or who tells their child to not be anxious before their first 'show and tell' may be priming the child to, in fact, be anxious in that situation. It's also quite possible that any number of these factors interact."

The triggers for social anxiety disorder typically involve situations where the person perceives that he or she may be judged or do something potentially embarrassing. The person does not like being the center of attention, so occasions such as birthdays, graduations or other life events produce a high level of stress, according to the ADAA.

Some sufferers may be able to cope with many situations with ease but will fear specific events such as giving a speech or interacting with a salesperson, the ADAA noted. Activities such as talking on the phone or speaking in a group are also avoided as much as possible by many sufferers. Attending parties, going on dates and other activities where they will have to mingle with others are usually out of the question.

About 20% of people with social anxiety disorder also abuse drugs and/or alcohol, according to the publication Social Anxiety and Alcohol Abuse, which was published by the National Institute on Alcohol Abuse and Alcoholism.

Since many sufferers have difficulty in group settings, some end up consuming alcohol or abusing drugs alone. On the flip side, some may consume alcohol or use drugs as a way to fit in, according to the publication. When it is not possible to completely avoiding stressful situations, people with social anxiety disorder report that alcohol use is one of their primary means of coping, the publication noted.

Psychotherapy and medication, separately or in combination, are often effective treatments for social phobias and social anxiety, according to NIMH.

Most often prescribed are antidepressant/antianxiety medications called selective serotonin reuptake inhibitors (SSRIs), Carmin said. "Monoamine oxidase inhibitors have also been used, but there are dietary restrictions involved with the use of these medications that must be strictly adhered to. Finally, some individuals with performance anxiety, such as musicians, have had good results with beta blockers."

Cognitive behavior therapy (CBT), which focuses on changing how a person thinks, behaves and reacts to situations, can reduce fear and anxiety. "This form of therapy helps people to better understand how their thoughts are influencing their fear and avoidance," Carmin said. "By understanding how their thoughts and beliefs are contributing to maintaining their fear, they can begin to challenge their misperceptions."

This article was updated on April 12, 2019 by Live Science Contributor Traci Pedersen.