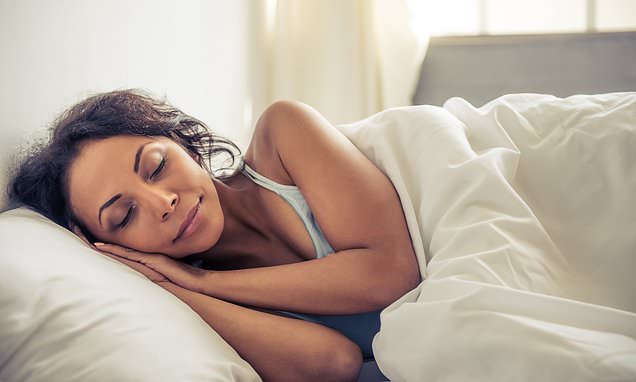 Sleep can boost the immune system by making white blood cells more able to attack, a study has found.

When we are awake, there are more stress hormones such as adrenaline in the body, which researchers have discovered slow down parts of the immune system.

Research also suggests why people with difficulty sleeping may end up with a weakened immune system and be more at risk of chronic stress and depression. 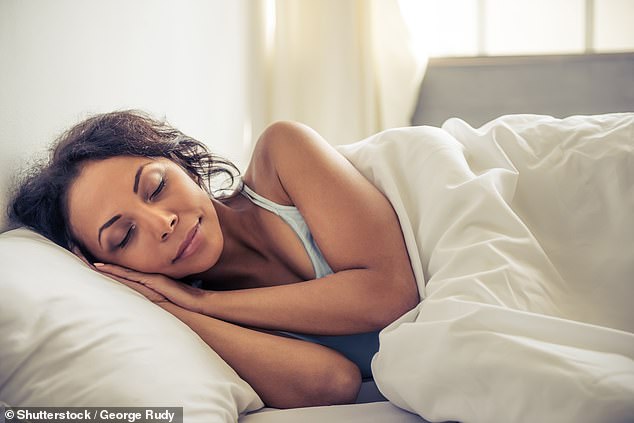 Sleep can boost the immune system by making white blood cells more able to attack, a study by German researchers has found

Researchers have shown sleep improves the potential ability of some of the body’s immune cells to attach to their targets.

Their findings, published in the Journal of Experimental Medicine, help explain how sleep can fight off an infection.

The research focused on T cells – a type of white blood cell which is critical to the body’s immune response and recognises and kills dangerous invading cells.

When T cells recognise a specific target, such as a cell infected with a virus, they activate sticky proteins known as integrins which attach to their target and, in the case of a virally infected cell, kill it.

HOW DOES SLEEP AFFECT OUR BODY’S RESPONSE TO PAIN?

It activates neurons in an area of grey matter that senses afflictions – and switches off those that dampen them down, according to the study.

Researchers at California University, Berkeley, say their findings provide the first brain-based explanation for the well-established between shut-eye and physical discomfort.

And they suggest more attention should be paid to the importance of decent rest in the recovery of patients in hospital.

Disturbed nights on the noisy ward could prolong the agony of sickness and injury, say neuroscientists.

Researchers applied uncomfortable levels of heat to the legs of two dozen healthy young adults – while scanning their brains.

That showed the neural mechanisms that pick up, evaluate and activate relief to natural pain signals are disrupted when operating on insufficient sleep.

What shocked the team was the ramped down reaction in the nucleus accumbens – reward circuitry that releases the ‘feel good’ chemical dopamine to reduce pain.

Dr Matthew Walker, lead author, said: ‘Sleep loss not only amplifies the pain-sensing regions in the brain – but blocks the natural analgesia centers, too.’

While much is known about the signals which activate integrins, less well understood are the signals that may affect T cells’ ability to attach to their targets.

Researchers at the University of Tübingen in Germany, led by Dr Stoyan Dimitrov, compared T cells taken from 10 healthy volunteers while they slept or stayed awake all night.

All participants took part in two experiments – in one they would sleep from 11pm to 7am and in the other they would stay awake during that time, talking or listening to music.

T cells taken on the night of sleep showed ‘significantly higher’ levels of integrin activation than T cells taken when they were awake.

This is believed to be because, while the participants were asleep, they had lower numbers of certain signalling molecules which hamper immune activity while awake.

These molecules are thought to be boosted by the hormones adrenaline and noradrenaline – which are known to be higher in people who are stressed.

Adrenaline levels dip while the body is asleep.

Dr Dimitrov said: ‘The levels of these molecules needed to inhibit integrin activation are observed in many pathological conditions, such as tumour growth, malaria infection, hypoxia and stress.

‘This pathway may therefore contribute to the immune suppression associated with these pathologies.’

Study co-author Dr Luciana Besedovsky said: ‘Our findings show that sleep has the potential to enhance the efficiency of T cell responses, which is especially relevant in light of the high prevalence of sleep disorders and conditions characterised by impaired sleep, such as depression, chronic stress, ageing, and shift work.’

In addition to helping explain the beneficial effects of sleep and the negative effects of conditions such as stress, the research team said the study could spur the development of new ways to improve the ability of T cells to attach to their targets.

Dr Dimitrov added: ‘This could be useful, for example, for cancer immunotherapy, where T cells are prompted to attack and kill tumour cells.’