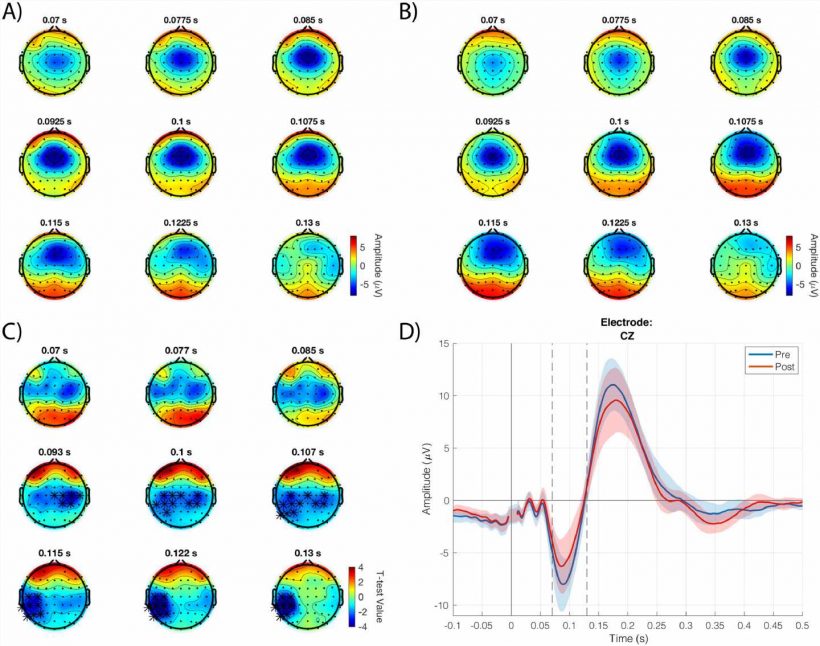 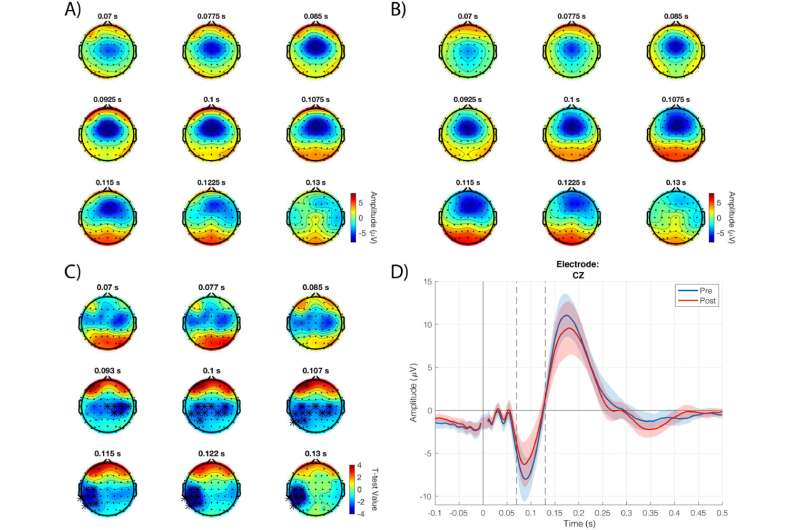 The specific form of brain stimulation, referred to as theta-burst stimulation (TBS), has already been shown to be a fast and effective method for treating depression in adults.

TBS involves administering magnetic pulses, or bursts, to stimulate the brain’s prefrontal cortex. This area of the brain is involved in various aspects of cognition, including reasoning, problem-solving, comprehension, and impulse control. It also happens to be a brain region heavily implicated in MDD. For example, impairments to the prefrontal cortex have been linked to symptoms such as rumination and suicidal ideation.

In this study, researchers targeted the prefrontal cortex with repeated sessions of TBS for four weeks in youth participants. Researchers then observed and monitored changes in brain activity using a multimodal brain mapping technique of transcranial magnetic stimulation combined with electroencephalography (TMS-EEG).

“Major Depressive Disorder affects approximately 11 percent of adolescents and youth but existing treatments, such as medication and/or psychotherapy, fail to significantly improve symptoms in about 30-50 percent of cases,” says Farzan, a professor in SFU’s School of Mechatronic Systems Engineering (MSE). She also holds the chair in Technology Innovations for Youth Addiction Recovery and Mental Health, and heads SFU’s new eBrain Lab.

Researchers note that some medications have also been associated with side effects in youth such as suicidal thoughts and behaviors—leading to the search for safer treatment options.

Previous research has shown a link between dysfunction of the prefrontal cortex and MDD. “Using TMS-EEG brain mapping technology, we also found that the prefrontal cortex in youth with MDD exhibited greater brain activity relative to healthy youth. It was very interesting to see in the current study that four weeks of TBS treatment seemed to reduce this excessive brain activity, possibly reflecting a return to a ‘healthy’ state,” says SFU doctoral student Prabhjot Dhami, the study’s first author.

Prefrontal cortex impairments in youth with MDD may also contribute to symptoms such as rumination and suicidal ideation/behavior, Farzan notes. Since the prefrontal cortex is critical for executive functioning, dysfunction or deficits in this region can lead to the onset and maintenance of depressive symptoms.