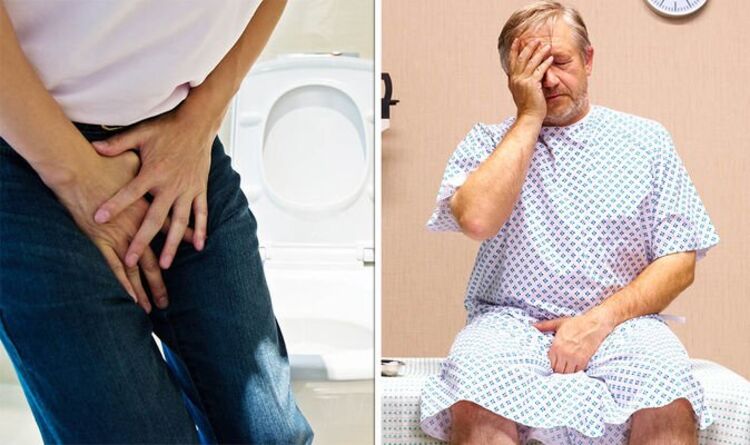 Prostate cancer affects one in eight men in the UK alone and is even more of a risk to those over the age of 50. In many cases, prostate cancer doesn’t cause any obvious symptoms, which can make it even harder to detect before it spreads beyond the small pelvic gland. Knowing the signs of prostate cancer could play a crucial role in your treatment – but what should you be looking for? Express.co.uk spoke to medical director Jiri Kubes and consultant urological surgeon, professor Hashim Ahmed to find out.

Problems with urinating can be one of the first signs that something is wrong in the pelvic region, especially if the cancer is growing near the urethra.

Becoming familiar with the early indicators could significantly reduce the shocking 11,000 deaths caused by this disease each year – and the biggest clue could be in your urine.

Speaking exclusively to Express.co.uk, Dr Jiri Kubes, medical director of leading cancer facility the Proton Therapy Center, said: “If you regularly find yourself waking up late at night with a sudden need to visit the toilet, it could indicate there is something wrong with your prostate.

“Another symptom we often see in our patients is difficulty starting to urinate or a weak flow, as well as blood in the urine or in semen.”

Is peeing more frequently always a sign of prostate cancer?

While everything from increased fluid intake to bladder irritation can trigger more frequent trips to the toilet, it could indicate cancer in the prostate.

Professor Hashim Ahmed said: “You’ll know what’s normal to you but, if you start needing to urinate more often during the day, get a sudden urge to go or needing to get up during the night it can be a sign that your prostate has enlarged.”

Sudden changes to your toilet habits are a key sign of growing cancer pressing on, or near the urethra.

In most cases, you could just be dealing with a urinary tract infection (UTI), but it is best to seek professional advice if you are concerned.

Prostate cancer can trigger a number of issues while urinating, making it difficult to go to the toilet as normal.

According to professor Ahmed, difficulties starting to urinate could be caused by an enlarged prostate or the presence of a tumour.

When a tumour is growing around the urethra, it can affect the flow of urine.

Problems while urinating can leave you feeling full with urine when you are unable to fully empty your bladder.

A weak flow or lack of control while urinating

Difficulty starting urination can also be joined by a lack of control when it comes to finishing.

When the prostate is problematic, it can lead to uncontrollable dribbling even after you feel like you are done.

A weak flow is also a lesser-known side effect of prostate cancer, something many people pass off as normal.

While going to the toilet when you don’t necessarily need it could cause a weak flow, it could also be down to a blockage in the urethra.

Blood in your urine

Unexpected blood is one of the most well-known signs of a number of cancers.

Just as coughing up blood could be a sign of lung cancer, blood running through your urine could indicate prostate cancer.

Blood in your semen is also a cause for concern.

While these symptoms might not always be a sign of prostate cancer, Professor Ahmed urges men to speak to their GP if they notice a sudden change in any aspect of their prostate or urination habits.

He said: “It is really important that men speak to their GP as soon as possible, if they notice any changes to their urine – or any other symptoms.”