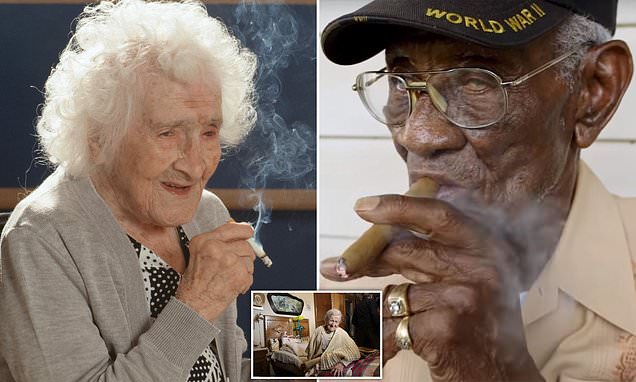 Tales of people living beyond the age of 100 while smoking and drinking can make the feat sound like pot luck.

But the super-old’s immune systems, not their lifestyles, might be what keep them ticking over for so long, according to research.

A study of the DNA of ‘supercentenarians’ – those older than 110 – has revealed they have different white blood cells to the rest of us.

Cells known as T cells have, in this group, been found to directly attack viruses and cancer cells, whereas in the average person they do not.

Scientists said their findings help them understand how people may live to such grand old ages, and could point to ways to help the less blessed live longer. 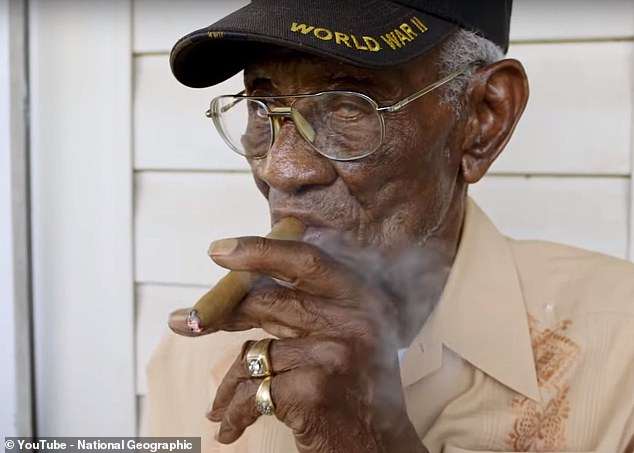 Researchers from the RIKEN Center for Integrative Medical Science and Keio University, both in Japan, carried out the study of seven supercentenarians.

They harvested a total of 41,208 cells from the aged participants and studied how they varied from those taken from people between the ages of 50 and 89.

The main difference they spotted was that a type of cell called CD4 T-cells were far more common in those over 110 years old.

And these cells were not only more common; they were more dangerous than they are in normal people.

While CD4 T-cells are usually ‘helper cells’ which help other white blood cells to fight off infection, in the extremely old people in the study the cells themselves were toxic and would actively seek and destroy viruses and potentially cancerous cells.

This added to studies in the past which have noted people who live to very old ages seem to be extra resilient to illnesses like heart disease and cancer.

‘[This implies] that their immune system remains active to protect against infections and tumors.

‘We profiled thousands of circulating immune cells from supercentenarians at single-cell resolution and identified CD4 T cells that have cytotoxic features. 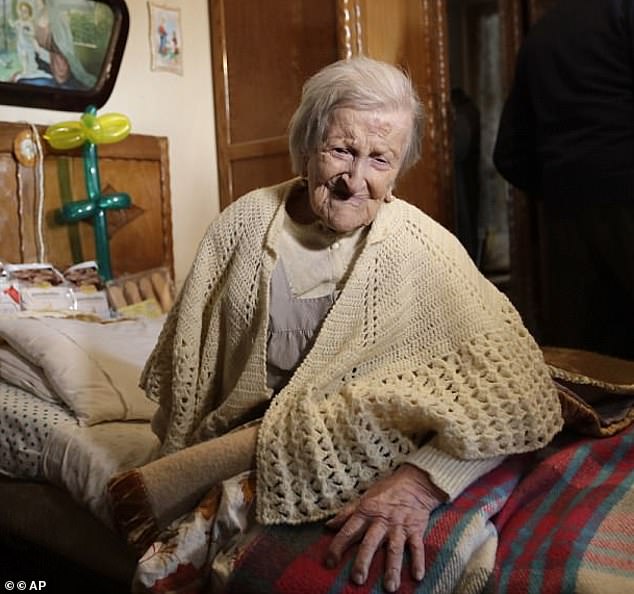 Italian woman Emma Morano, who died in 2017 aged 117, said she owed her long life to ‘kicking her husband out and never marrying again’

THE STRANGEST SECRETS TO LIVING A LONG LIFE

Out of 100 people aged over 100 who were interviewed by US senior care company A Place for Mom about their secrets to living a long life, these were some of the strangest and least expected:

Source: A Place for Mom

‘This characteristic is very unique to supercentenarians, because generally CD4 T cells have helper, but not cytotoxic, functions [in the body].’

The secret to old age seems to be different for every person who makes it into triple figures.

This suggests an uncontrolled genetic difference really could be giving some a particular advantage.

Some of the oldest people ever – the Frenchwoman Jeanne Calment and US veteran Richard Overton – continued regularly smoking cigarettes and cigars and drinking alcohol for decades beyond a normal life expectancy.

Jeanne Calment, from France, died in 1997 at the age of 122 with intact medical records, making her officially the oldest person ever to have lived.

But Ms Calment was still pictured smoking cigarettes on her 117th birthday and she claims olive oil, wine, smoking and chocolate were what kept her alive for so long.

Others interviewed have put their extraordinary years down to the expected – healthy diets and exercise, and the downright weird – eating pigs’ feet and having sex.

One of the leaders of the Japanese study said their findings could shine a light on real biological – and measurable – factors which affect people’s longevity.

Piero Carninci, deputy director of the RIKEN Center, said: ‘We believe that this type of cells, which are relatively uncommon in most individuals, even young, are useful for fighting against established tumors, and could be important for immunosurveillance.

‘This is exciting as it has given us new insights into how people who live very long lives are able to protect themselves from conditions such as infections and cancer.’

The research was published in the journal Proceedings of the National Academy of Sciences (PNAS).