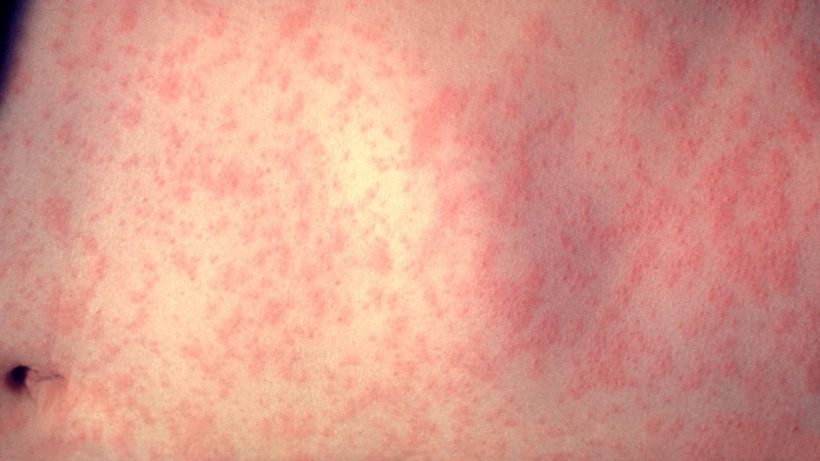 Measles: What to know

What to know about Measles.

The U.S. is experiencing the highest number of measles cases since the early 1990s, federal health officials said Monday.

The Centers for Disease Control and Prevention in its weekly measles cases and outbreaks report said there are 1,215 confirmed measles cases in the U.S., representing an increase of 12 cases from last week.

The number of confirmed cases is the greatest since 1992 and “since measles was declared eliminated in 2000,” the CDC said.

At least 125 people have been hospitalized due to the highly contagious virus, while 65 others have reported complications such as pneumonia and encephalitis.

“The majority of cases are among people who were not vaccinated against measles,” the CDC said, adding more than 75 percent of the cases are linked to the widely reported outbreaks in New York and New York City, specifically.

“Measles is more likely to spread and cause outbreaks in U.S. communities where groups of people are unvaccinated,” the agency noted.

The virus spreads through the air after an infected person coughs or sneezes. Others can contract measles when they breathe the contaminated air or touch a contaminated surface, and then touch their eyes, nose or mouth.

“Infected people can spread measles to others from four days before through four days after the rash appears,” the CDC says.

The MMR vaccine can protect both individuals and other people from contracting the virus.

Young children are typically most at risk of contracting measles. The CDC recommends children get two doses of the MMR vaccination, but the first dose is typically given to children when they are between 12 and 15 months old, with the second occurring between ages 4 and 6.

The news comes after a recent study by the University of Pittsburgh Graduate School of Public Health determined measles outbreaks in Texas, specifically, could be more commonplace as an increasing number of children in the state show up to school unvaccinated.

Texas, according to researchers, is the “largest state by population” that allows parents to not vaccinate their children for personal or religious reasons. And the number of exemptions has increased in recent years, growing from 2,300 in 2013 to 64,000 in 2016. The researchers found just a 5 percent decrease in the vaccination rate could increase the size of a potential measles outbreak by 4,000 percent in some communities in Texas.

Separately, California health officials recently said visitors to Disneyland, Universal Studios and other tourist destinations in the Los Angeles area may have been exposed to measles earlier this month after a teenager infected with the virus traveled to the state from New Zealand.