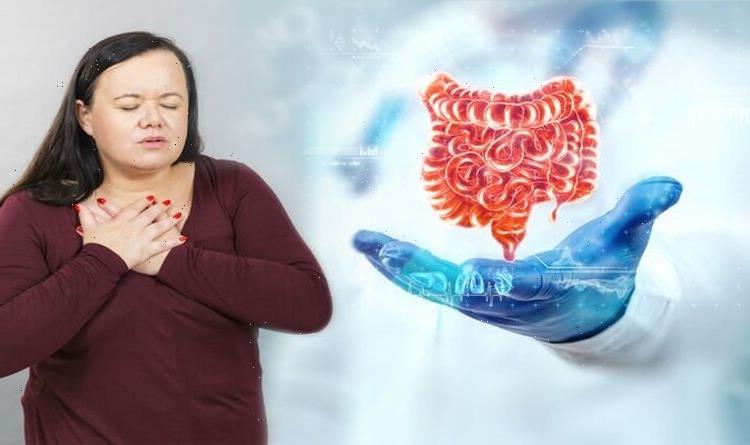 Heart disease and diet are synonymously linked but the notion is a bit more complex. Gut health emphasis has been on the rise lately due to its multitude of links to one’s overall health and wellbeing. From effective digestion to a stronger immune system and a person’s overall mood; gut health is key. It has also been shown to strongly impact your heart health with four key factors potentially hampering the whole process.

Leading an unhealthy lifestyle which includes a poor diet, smoking, lack of physical activity or disease can disrupt the microbiome balance further fuelling a number of heart issues.

When these four risk factors are evident, a person’s microbiome is affected producing compounds that may trigger multiple non-communicable chronic disorders in people at high genetic risk.

Previous research has already discovered that the gut microbiome is altered in people with chronic heart disease.

Researchers subsequently identified compounds that are produced by the diseased microbiome, for instance a bacterial compound called trimethylamine (TMA) that after modification in the liver of the human host causes arteriosclerosis.

Atherosclerosis is the thickening or hardening of the arteries and is caused by a build-up of plaque in the inner lining of an artery.

As it builds up in the arteries, the artery walls become thickened and stiff.

A European consortium of researchers established the EU-funded MetaCardis research project in 2012 to investigate the role of gut microbes in cardiometabolic disease.

The research was published in the journal Nature Medicine.

“We applied a study design that mirrors heart disease initiation and escalation over time, substituting for a longitudinal study of the gut microbiome that otherwise would be impossible to perform given the 50-60 years it takes to develop symptoms of arteriosclerosis and have the diagnosis of heart disease,” said Professor Oluf Pedersen from the University of Copenhagen.

In the study researchers recruited 1,241 middle-aged people from Denmark, France and Germany including healthy individuals, individuals with obesity and type 2 diabetes but lacking a diagnosis of heart disease, and patients with either myocardial infarction, angina pectoris or heart failure.

The investigators quantified about 700 different bacterial species and estimated their functions in the gut microbiome and compared these findings to more than 1,000 compounds circulating in blood with many of these compounds originating from the inner gut chemistry factory.

“We found that about half of these gut bacteria and blood compounds were modified by drug treatment and not directly related to heart disease or the early disease stages like diabetes or obesity occurring prior to diagnosis of heart disease,” said Professor Pedersen.

He added: “Among the remaining half, about 75 percent of the disturbances of the gut microbiome occurred in the early disease stages of overweight and type 2 diabetes, many years before patients noticed any symptoms of heart disease”.

How to improve gut health to reduce heart disease risk

A recent study published in February 2020 in the Journal of the American College of Cardiology reports that a reduced intake of animal-based foods and a diet based on plants can result in a lower risk of coronary heart disease by influencing the gut microbiome pattern to favour beneficial species.

Evidence for a plant-based diet originated in the 1980s, in a very small study of 22 people.

It found that four participants had a reversal of the disease in their arteries after following a very strict plant-based diet.

“Intervention in both humans and rodents have shown that an imbalanced gut microbiome at various stages of heart disease development can be modified and partly restored by eating a more plant-based and energy-controlled diet, avoidance of smoking and compliance with daily exercise,” advised Professor Pedersen.

“Too much saturated fat, sugar and salt from any source can harm your health.

“There are an increasing number of manufactured plant-based snack foods available, from cupcakes and coconut yoghurts to vegan burgers, pizzas and nuggets.

“It’s still important to read food labels and understand what you are eating.”