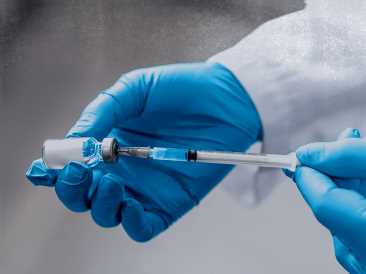 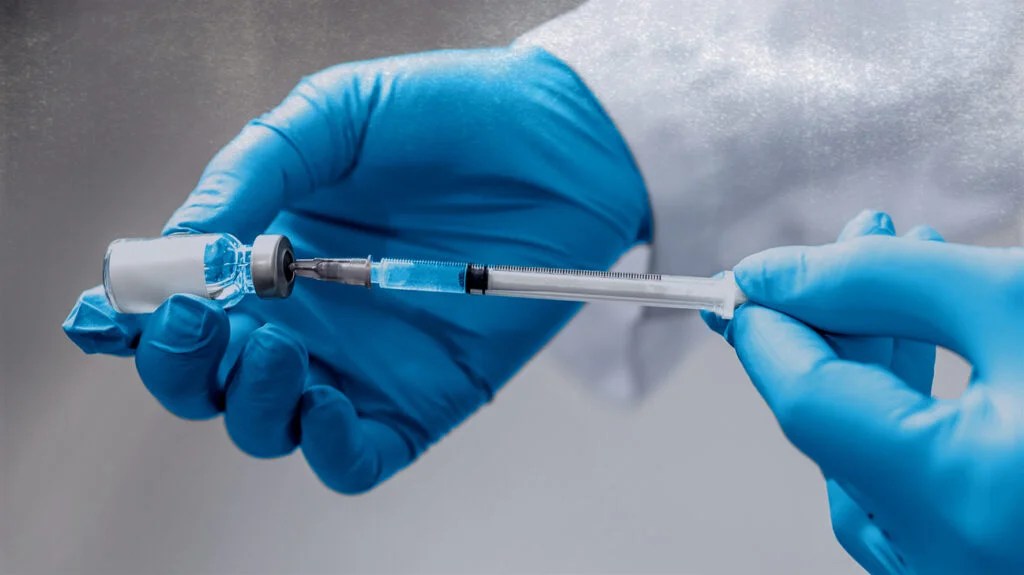 In a major development in cancer research and treatment, a man in the United Kingdom has received what doctors are calling a “cancer vaccine.” The treatment is designed specifically for this participant in an effort to prevent his cancer from recurring.

The treatment consists of a series of subcutaneous injections, which healthcare professionals deliver beneath the skin. The trial is not yet over, but if it is successful, the vaccine will be groundbreaking in the field of cancer treatment.

Background of the participant

Graham Booth is a father of five children and lives in West Kirkby in the UK. He first received a diagnosis of head and neck cancer in 2011, and, despite treatment, the cancer returned four more times.

Radiation therapy can cause a number of side effects, some of which can be debilitating. The possible side effects include:

After Mr. Booth’s cancer returned in 2021, he began feeling hopeless. However, he is now participating in a clinical trial to try to prevent his cancer from returning.

“Last year, I had the feeling of the cancer progressing, and there were not a lot of options left,” says Mr. Booth. “This clinical trial has opened new doorways and gives me a bit of hope that my cancer won’t come back. And this could open doorways for other people. I’m hopefully looking at a brighter future. A bit of hope that it never returns again, which would mean the world to my family and everyone around me.”

The Clatterbridge Cancer Centre in Liverpool, UK, is testing a vaccine called TG4050 to treat head and neck cancers, as well as ovarian cancer.

Biotechnology company Transgene, which is based in France, manufactures the treatment. The company is “focused on designing and developing targeted immunotherapies for the treatment of cancer.”

Some cancer vaccines are already available, including a vaccine for the human papillomavirus (HPV), which can cause cervical cancer.

However, the injection that Clatterbridge is trialing is different because it is custom-made to the person’s DNA.

Dr. Christian Ottensmeier, professor of immuno-oncology at the University of Liverpool and consultant medical oncologist at The Clatterbridge Cancer Centre, is overseeing the trial.

“It is a really exciting day in this important and potentially game-changing research,” says Dr. Ottensmeier.

Mr. Booth will receive more customized immunotherapy injections over the next year. If the vaccine is successful, it will train his immune system to prevent the cancer from recurring.

“To have reached the stage of a patient receiving this treatment — that only a few years ago was thought of as science fiction — is truly amazing.”

Although Mr. Booth is the first participant in this clinical trial, Dr. Ottensmeier says that the researchers are adding more patients and hope that they will eventually be able to help people with other types of cancer.

“We are really grateful to Mr. Booth that he has agreed to participate on this clinical research trial,” says Dr. Ottensmeier. “It is wonderful that we have been able to move from the theoretical stage of this research into creating a treatment for real people. We have all waited so long for this day to come. We think this will make a real difference to the patients we treat at Clatterbridge.”

The Liverpool Echo is following the trial and reported on Twitter that Dr. Ottensmeier believes that this treatment will have fewer side effects compared with other cancer treatments.

He notes that there will likely be far fewer side effects because, unlike with chemotherapy and radiation therapy, healthy tissue and cells should not sustain damage.

“While I don’t know the details about the treatment this patient received, the medical and scientific communities have been working on immunotherapy for some time,” Dr. De Anuglo said.

Dr. De Angulo is a pediatric hematologist and oncologist at Nicklaus Children’s Hospital in Miami.

Dr. Soheila Borhani, a physician and cancer researcher at the University of Illinois and author of the forthcoming book Deep Learning in Medicine, spoke with MNT regarding the trial.

“One of the main reasons cancer cells proliferate and spread throughout the body is a failure of the immune system to identify and eliminate them in time,” Dr. Borhani said.

Dr. Borhani mentioned that this type of cancer vaccine is a “relatively new form of immunotherapy that boosts the recipient’s immune system by training it to find and destroy otherwise-hard-to-recognize cancer cells.”

“This is done by targeting certain proteins called neoantigens, which are only present on the surface of malignant cells,” Dr. Borhani explained. “The big challenge here is that there is a very large number of possible neoantigens that can be created as a result of genetic mutations in the tumor DNA.”

The doctor mentioned that it is not possible to target all neoantigens at once and that the trial uses artificial intelligence (AI) algorithms to determine which neoantigens to prioritize.

“These algorithms are trained on vast amounts of historical data to produce an individualized list of the most immunogenic sequences for each patient,” Dr. Borhani mentioned.

“Considering the proprietary nature of the AI model used in this study, as well as the data used to train it, we have to wait until the end of the trial to know whether this vaccine is effective or not.”

“No matter what, thanks to the combined power of AI and DNA sequencing, we are closer to making a revolutionary breakthrough in treating cancer than ever before.”