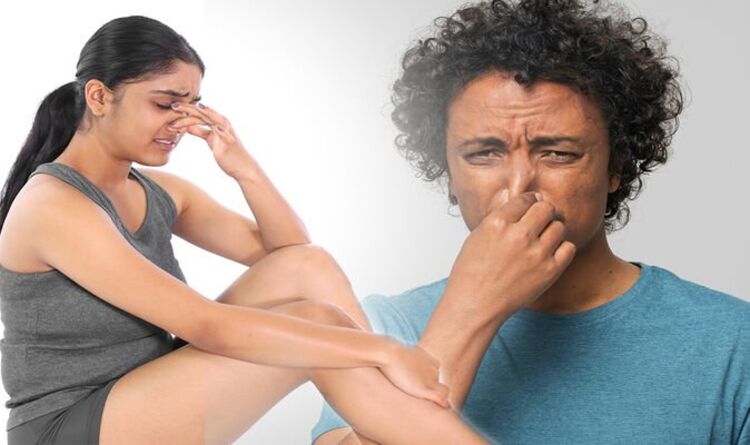 It may be possible to smell a sexually transmitted disease, a new Russian study says.

The women were also more likely to describe the sweat smell as “putrid” if it was from a gonorrhoea-infected individual.

The researchers said the men’s body odour may have changed as their immune systems responded to the gonorrhoea infection.

The men wore T-shirts with cotton pads in the armpits for one hour, then the pads were placed in glass vials.

The researchers asked 18 healthy women to sniff the vials and rate the pleasantness of the smell on a 10-point scale (with higher scores indicating a more pleasant smell), and also to choose a word from a list to describe the odour (including “putrid,” “floral,” “vegetable,” “woody,” “minty” and “fruity”).

The women rated the infected men’s sweat as less than half as pleasant as the healthy men’s sweat.

And the women said about 50 percent of men who had gonorrhoea had sweat that smelled “putrid,” whereas only 32 percent of the healthy men were described as putrid.

And while 26 percent of the healthy men smelled “floral,” just 10 percent of those with gonorrhoea were described that way.

The researchers speculated that the men’s immune systems might be involved because they found a link between the concentration of disease-fighting proteins called antibodies in the men’s saliva and how pleasant their sweat smelled to women: the higher the antibody concentration, the lower the score.

Previous studies in animals have found that infecting the mice with parasites or viruses reduces the attractiveness of their smell to female mice.

For women, a discharge could become frothier and may have a distinct odour as well

The smell is often described as fishy.

As the bacteria grows in the anus or vagina, the fishy odour may become noticeable.