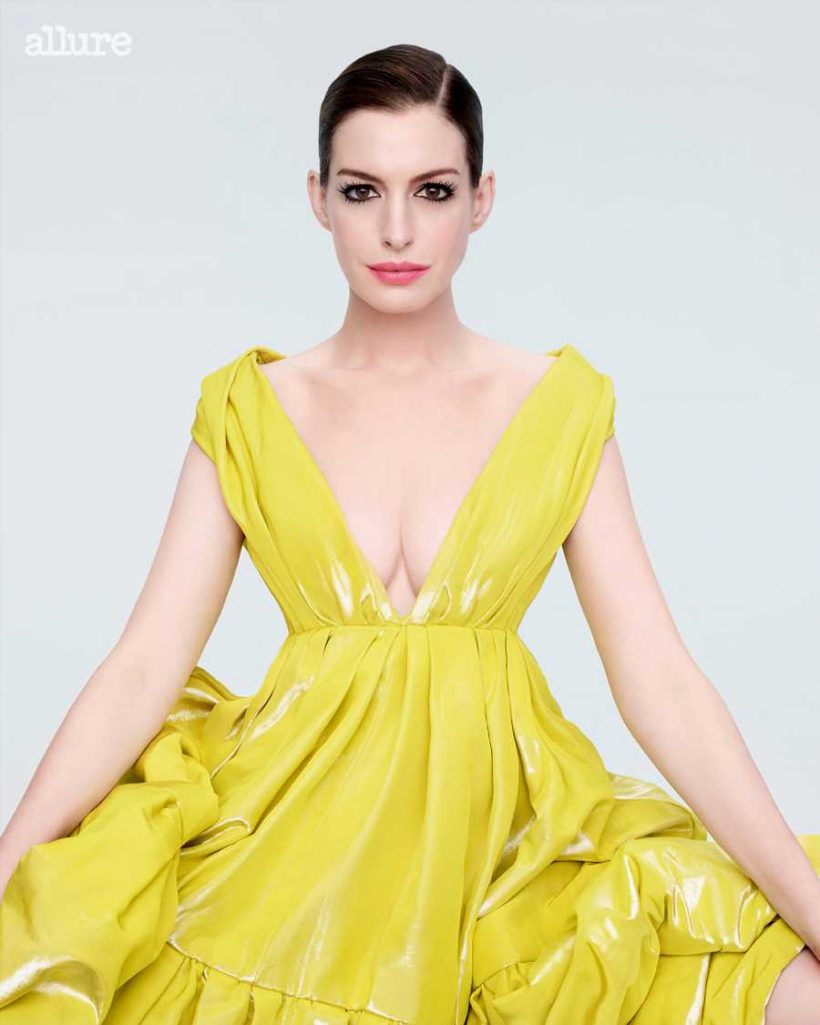 Anne Hathaway says body shaming in Hollywood is better than when she was a teen actress, but there’s still a long way to go.

“So I had that, then 20 years later I have Ane Crabtree [the costume designer for her upcoming film The Last Thing He Wanted] asking me what my body does on my moon — which I realized meant my period — so she can make adjustments for me. It was just this beautiful thing,” she said.

“I am cautious in my praise of how Hollywood is shifting,” Hathaway, 36, said. “There is so much more body inclusivity — which is great! — but the thin thing is definitely still the centralized ‘normal’ expectation.”

The director of the film, Dee Rees, asked Hathaway gain 20 lbs. to prepare for her role of Elena. And last May, the actress told fans that she was gaining weight for a role. “It sounds kind of sad to say; I just wanted to enjoy my summer and let everyone know that I’m living in my body and I’m happy with my body, and if my body is different than what you’re used to, or what you think it should be, that’s [your experience]. My experience is mine, and I’m loving it,” Hathaway told Hoda Kotb on Today.

Hathaway also told Kotb that people make unsolicited comments about her body “all the time, and in the ways where it’s overt and people say things to you and then there’s kind of micro ones,” she said.

Hathaway, who is expecting her second child with husband Adam Shulman this fall, debuted her baby bump on the red carpet at the Broadway opening of the play Sea Wall/A Life on Thursday.