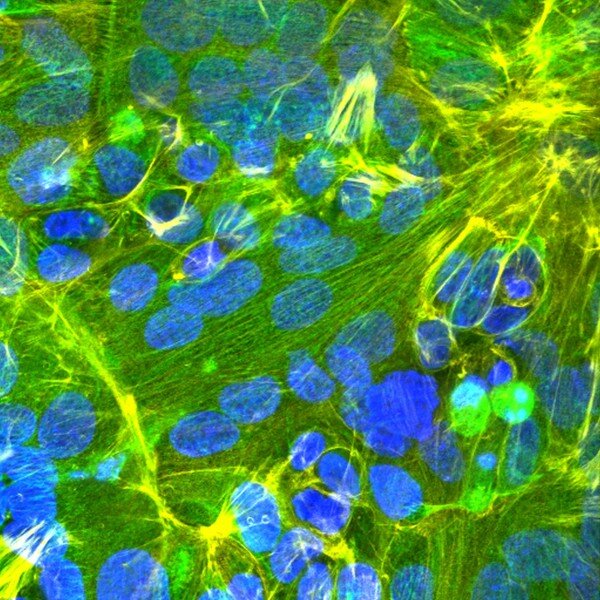 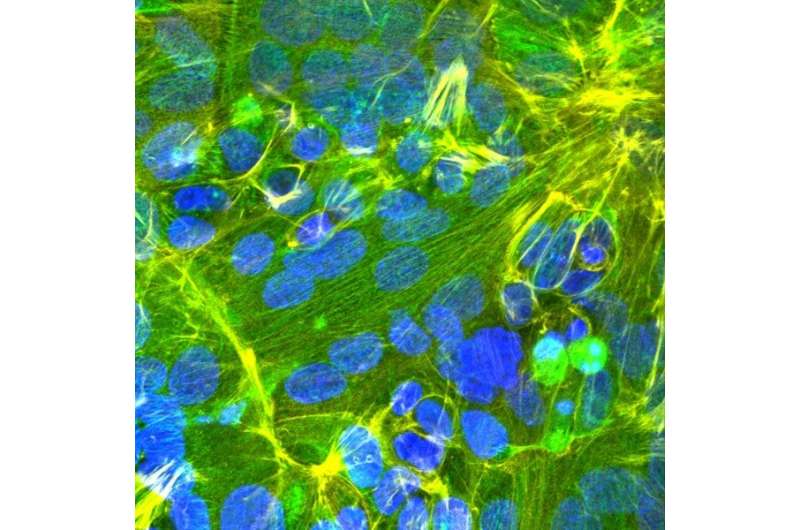 New drugs made from nanoparticles that can easily penetrate any interface within our bodies are a great hope in medicine. For such hopefuls to reach the market, their safety must be ensured. In this context, it must also be clarified what happens if a substance manages to penetrate the natural barrier between baby and mother, the placenta, in the body of pregnant women.

“Environmental toxins can also pose a major threat to the sensitive fetus if they penetrate the placental barrier or disrupt the development and function of the placenta, thus indirectly harming the fetus,” explains Tina Bürki, Empa researcher at the Particles-Biology Interactions lab in St. Gallen.

A team from Empa and ETH Zurich has been working for some time on the question of how this so-called embryotoxicity of substances can be determined precisely, simply and reliably. Now the team is developing a new system that will detect embryo-damaging substances without the need for animal testing.

A universe in a polymer case

At the heart of the process is a polymer chip, about the length of a human finger, that houses a small universe: Human cells grow on the chip that are to model the placental barrier and the embryo under conditions that are as close to reality as possible. For this purpose, cells of the placenta are cultivated on a porous membrane to form a dense barrier, and embryonic stem cells are formed into a tiny tissue sphere in a drop of nutrient solution.

To simulate blood circulation, a shaker continuously tilts the chip back and forth. Test substances can be added to the maternal side of the placenta. This allows the researchers to study the transport of the test substance and the effects on both tissues. “We already know that such a test system can work, as a simplified prototype was developed during a preliminary study with the Bio-engineering lab at ETH Zurich,” says Bürki.

What is special about this new chip is that the researchers want to improve the cell models by replacing the previously used laboratory cell lines or mouse cells with so-called primary human cells and a human stem cell line. “We are working closely with the gynecological clinic of the Cantonal Hospital of St. Gallen and can isolate the cells we are looking for from placental tissue that would otherwise be discarded after birth,” Bürki explains.

The cells will be used to develop an improved three-dimensional placenta model. Ultimately, the embryo-placenta chip will allow the interaction of placenta and embryo to be reproduced and transport processes at the placenta as well as direct and indirect harmful effects of a substance on embryonic development to be investigated.

This is not only an important goal from an ethical point of view, because the significance of a test with pregnant mice is not optimal for assessing drug safety in humans: “The placenta has a very specific structure in each species—and in mice it is correspondingly different from that in humans,” says Empa researcher Bürki. Better insights can be gained from the alternative in vitro model, i.e. the new system “in the test tube,” because the new chip technology with primary human cells can more reliably map what happens at the interface between mother and child.

The new test system is intended as a simple and precise way to check the safety of a substance early in the development of new drugs and thus accelerate the application of new therapies. In this way, the chip supports the safe-by-design principle, which envisions the early integration of safety aspects into the innovation process.

The need for developmental toxicity studies in industry is also increasing for another reason: The safety of chemicals and particles in the environment needs to be clarified, as required by the current REACH chemicals regulation. “The placenta embryo chip should ultimately be a user-friendly test kit that can provide important data on potential health risks during pregnancy,” she said.