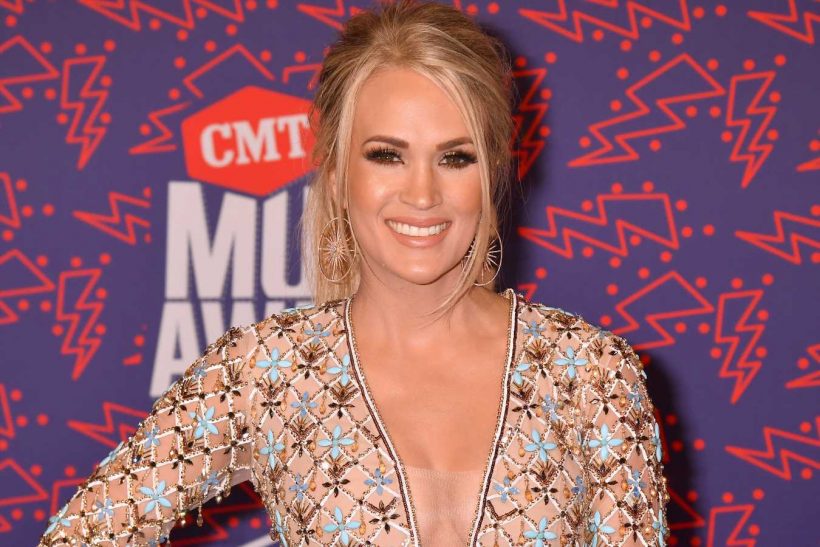 With a mom who sings like Carrie Underwood, how could you accept anything less?

On Saturday, the country star, 36, shared a hilarious clip of her 5-month-old son Jacob reacting to his dad Mike Fisher‘s singing voice — and the baby boy was not amused.

In the video, Fisher leans over his son singing Vince Gill’s “I Still Believe in You,” as Jacob grows upset and begins to loudly cry.

Underwood — who also shares son Isaiah Michael, 4, with Fisher — then takes over, singing the same tune. Immediately, Jacob stops crying and looks over at his mom with a content look on his face.

Fisher and Underwood continue to take turns singing the song, and Jacob cries at the sound of Fisher’s voice every time — much to the delight of both parents.

Fisher, 39, defended himself in the comments of his wife’s post, writing, “The real reason is he was hungry and wanted your food. #notmysinging.”

Want all the latest pregnancy and birth announcements, plus more celebrity parenting news? Click here to get those and more in the PEOPLE Parents newsletter.

Underwood — who tops PEOPLE’s list of 100 Reasons to Love America this week— recently opened up about welcoming Jacob in January, and her new life with a family of four.

“He’s just this perfect little bundle of a smiley guy,” she told PEOPLE of her youngest son.

Jacob has also been joining dad Fisher and big brother Isaiah on the road for Underwood’s Cry Pretty 360 arena tour.

“It’s so interesting to me to think about Isaiah and how they are just going to be like, ‘Well this is normal right? Everybody’s mommy and daddy do this, right?’” Underwood said. “We’re trying to figure out how to keep them as normal as possible as well.”

Part of keeping things normal for their family involves “renting houses” instead of staying in hotel rooms while on tour and giving Isaiah his own “area” in each venue where he “can go and color… or he can read and paint, whatever he’s feeling.”

“We’ve kind of gotten out of hotel rooms because for Isaiah, it’s hard for a 4-year-old who’s constantly looking to be stimulated,” she shared. “We started renting houses to have a little more normalcy and so he has a backyard to play in. He can be a little boy and get out some of his pent-up energy. And we can make breakfast and have those comforts of home. That’s a big difference.”

For more on Carrie Underwood‘s emotional journey and 99 other great reasons to love America — which span everything from the Grand Canyon to Shark Week to Michelle Obama‘s bestselling memoir — pick up this week’s issue of PEOPLE.