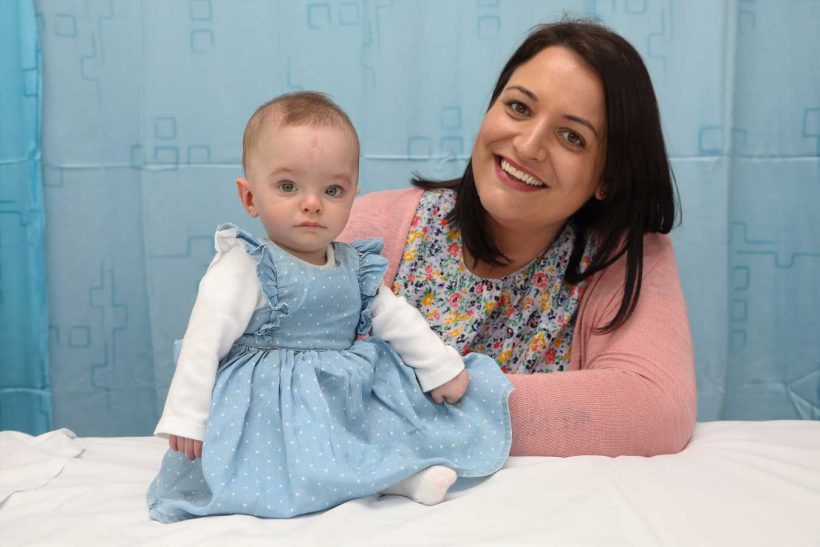 After 13 miscarriages, Laura Worsley’s daughter Ivy is a personal miracle baby for her and husband Dave.

Nine months ago, the couple, from Kenilworth, England, welcomed their first child after a hard and traumatic road to parenthood.

As she detailed to BBC News, Laura, 35, had her first miscarriage in 2008. Three more miscarriages soon followed, so Laura and Dave went looking for answers.

Laura was diagnosed with Antiphospholipid syndrome after going to University Hospital of Coventry and Warwickshire’s Biomedical Research Unit. The syndrome results in recurring pregnancy loss.

“We were told a high dose of folic acid might sort it, but it didn’t,” Laura told the outlet. “We took part in trials, did all the tests and tried different medications, hoping something would work.”

“It was all I lived for – I lost years of my life. I just thought, if I can’t have a baby I don’t see a point in my life,” she added to BBC News.

After undergoing further testing, doctors found that Laura’s placenta had Chronic Histiocytic Intervillositis, which causes the body to fight pregnancy.

Despite the obstacles, Laura and Dave decided to try one more time, with help from Professor Siobhan Quenby, who had helped women with this syndrome successfully get pregnant.

“I thought if there’s that one bit of hope, I had to try again,” Laura told BBC News. “I spoke to Dave about it and he felt the same. I told myself, ‘this is the last time I’m doing this.'”

On their 14th try, the couple conceived with help from medication to improve Laura’s womb lining, as well as steroids, which Professor Quenby said were used to suppress Laura’s immune system to allow the pregnancy to progress beyond 24 weeks, when babies have a chance of surviving if they are born prematurely.

: Alec Baldwin on Wife Hilaria’s Miscarriage: ‘It Was Sad. It Broke My Heart a Little’

Laura gave birth at 30 weeks, and her miracle baby, Ivy, was delivered via cesarean section weighing just 1.7 lbs. The couple had to wait three days before they could hold their daughter and were warned by doctors she could develop sepsis.

“I just thought, she’s a fighter. She just kept going forward all the time, she never went back,” Laura said.

After an 11-week hospital stay, Ivy was released and has been in great health since, being taken extreme care of by her loving and grateful parents.

: Celebrate Mother’s Day with These Amazing Stories of Rainbow Babies and Their Moms

“Even now, nine months on, I can’t believe she’s actually mine,” Laura said to BBC News.

“It’s so important to be able to make a difference for anyone else going through what I went through,” said Laura. “Through my story I want to give others the hope and strength to carry on even when things seem impossible.”

“I look at her and think ‘miracles do happen'”, she added. “I’d read about other people’s miracles, and now I’ve got mine.”