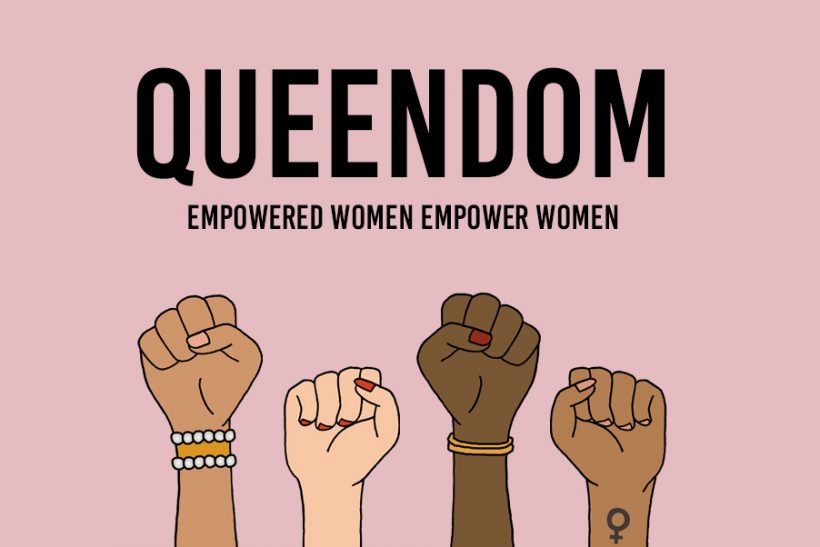 PARIS — Queendom, the first brand developed in the Puig Futures accelerator program, is poised to disrupt the traditional fragrance model in numerous ways.
It’s a direct-to-consumer platform, which today is an atypical model for the fragrance industry, and marks the first time the Spanish beauty giant’s incubator is taking that tack.
Second, rather than using a traditional face to front the brand, it’s gleaning inspiration from notable women throughout the ages, who aren’t represented in photographs but rather in illustrations created by Angelica Hicks.
“Queendom is a brand, but mainly a platform and a community an alternative message in perfumery,” explained Thomas James, Queendom’s founder, who also serves as general manager of Jean Paul Gaultier and brand creation director at Penhaligon’s and L’Artisan Parfumeur at Puig. “It’s a community that aims at empowering women and giving alternative role models .”
James said Queendom started with the observation that for many years the beauty industry has offered either a seductive or passive model of femininity, embodied by a model or an actress. “I had this feeling that maybe some girls might not recognize themselves in this…vision, especially since was always through the eyes of men.
“We got this idea of creating something different,” he continued. “Something that tells women you have an alternative, you don’t have to stick to the perfect aesthetics of beauty advertising.”
James read the book titled “100 Women Who Made History,” and that sparked the "a-ha" moment that led to the development of Queendom’s Instagram feed — Queendomofficial — that went live in February and includes posts about women, such as scientist Katie Bouman and politician Zuzana Caputova.
It has introduced, as well, some of the brand’s other so-called “queens,” like Wu Zetian, the only empress of China, and Elsa von Freytag-Loringhoven, a muse of the Dada artistic movement.
Queendom today is launching a web site, queendom-official.com, featuring the women. “Queenversations” are conversations to build engagement further, a “queenfesto” explains the platform’s raison d’être, and merchandise is sold, starting with T-shirts, tote bags and travel cases. These will be available first in France and the U.K.
“Then, we’ll go into the beauty products, which will include both fragrance and makeup,” meant to be inclusive and for allover use, said Vanita Sabnani, general manager of innovation and new business models at Puig.
That is to launch in July, inspired by six women, such as Annette Kellerman, Hedy Lamarr, Grace O’Malley and Mary Wells. The same month, the platform will be introduced in the U.S.
Hicks was cherry-picked for the project, as her illustrations are tinged with irony, and the artist has long championed women’s equality.
“Illustrations were key, because we didn’t want to impose any aesthetics,” James said.
Each “queen” will have an associated fragrance, conceived either by IFF’s Anne Flipo or Givaudan’s Daphné Bugey. “We tried to cover many different olfactory families,” said James of the line, which will be expanded.
Feedback from the Queendom fan base is key. “We are going to meet our community,” James said.
Civic responsibility is, too, and the platform has already identified three associations to support, including Malala Afghanistan’s educational project, Rêv’Elles and The Girls’ Network.
“We really believe direct-to-consumer is the most authentic approach that really is true to the cause, DNA and philosophy of the brand,” Sabnani said. “ recognizes the importance of putting the community, consumer and their voice at the center.”
In April 2018, the Puig Futures collaborative platform was unveiled. Puig said at the time it was “conceived to enhance consumer experience, adapt brands to new scenario and provide purchasing pathways more suitable for its sector.”
In focus is innovation in the realms of digital communications, product offer and technology related to fragrance. Puig Futures explores new business models, drawing inspiration from ideas being applied to other sectors.
It’s active in three domains: the development of new, disruptive business models; partnerships with companies, and minority investments in third-party enterprises.
“Puig Futures has inbred into its culture the capacity to test and learn,” Sabnani said. “We learn by doing and piloting, and then sharing those learnings across the table.”
Source: Read Full Article