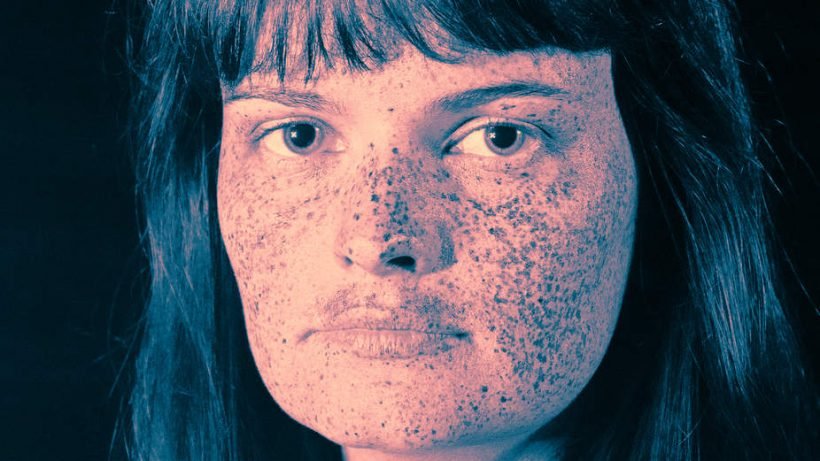 Photographer Pierre-Louis Ferrer’s latest collection of photos isn’t just a work of art—it’s an eye-opening look into the unseen damage that ultraviolet light from the sun can cause. The 33-year-old Paris-based photographer used an ultraviolet camera to capture a series of black and white photos he titled, “RAW.” In the series, Ferrer gives viewers a close-up look at the effects of sun damage on a group of individuals that “lies beneath the skin,” as he puts it, and is normally invisible.

“I did this project both in an artistic and technical approach,” Ferrer tells Health. “As a former engineer in optics, I wanted to reveal the invisible aspect of people through UV light, a kind of way the sun could see us.” Sunlight is the main source of UV rays, and these rays are also a major cause of skin cancer.

“People are seeing the aspect of their body through the first layers of their skin, to reveal spots and freckles due to sun exposition,” Ferrer continues. “This explains the title of my project: they are RAW, without protection to hide them.”

The individuals in his photos have dark, irregular-shaped spots on their skin. What exactly are these spots? Rachel Nazarian, MD, a New York–based dermatologist and Fellow of the American Academy of Dermatology (FAAD), says they’re the unseen effects of years of sun exposure.

“Those spots that you’re seeing in the photos are basically one of the primary signs of sun damage,” explains Dr. Nazarian. “They are melanin deposits under the skin that haven’t yet manifested to the surface of the skin, which then become freckles or sun spots.” Freckles and sun spots may look harmless, but they could be precursors to cancer.

RELATED: The 27 Best Anti-Aging Tips of All Time

Dr. Nazarian says that dermatologists often use the same kind of UV camera that Ferrer shot his portraits with. Doctors use this camera to detect any hidden sun damage, which can lead to premature aging and sometimes skin cancer.

“Those deposits don’t necessarily turn into cancer, but they are the field on which cancer likes to form,” Dr. Nazarian adds. “So when you see those on the skin, it’s a sign that that skin has been radiated a lot by the ultraviolet rays.” The primary way to avoid these spots is to steer clear of the sun or always wear sunscreen.

While Ferrer’s photos are jarring, they are meant to give people a view of the human body they don’t normally see.

“It is not a series made to only prevent from skin damage, but also an sensitive series questioning the way we see our self and what the real appearance could mean.”