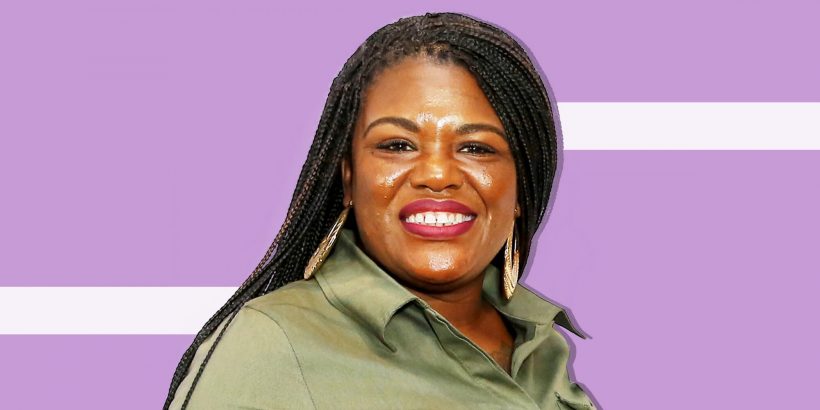 When Congresswoman Cori Bush was pregnant, she knew something was wrong. For the first four months of her pregnancy, she threw up constantly. She told her doctor about the severe pain she was experiencing, but her doctor brushed it off. One week later, she went into preterm labor. During her pregnancy with her second child, she had a similar experience with the same doctor.

Bush shared her story in front of a US House of Representatives committee on Thursday during a "Birthing While Black: Examining America's Black Maternal Health Crisis" hearing.

The Missouri congresswoman then took to Twitter to explain why she chose to open up about her experience: "Every day, Black birthing people and our babies die because our doctors don't believe our pain. My children almost became a statistic. I almost became a statistic. I testified about my experience @OversightDems today. Hear us. Believe us. Because for so long, nobody has."

Bush started her testimony by speaking about her pregnancy with her oldest child, Zion. "When I was early in my pregnancy with him, I didn't think that there could be a possibility that there could be a complication. I became sick during my pregnancy. I had hyperemesis gravidarum, which is severe nausea and vomiting. I was constantly throwing up for the first four months of my pregnancy. Around five months, I went to see my doctor for a routine prenatal visit," she said.

As she was sitting in the doctor's office, Bush saw a sign on the wall that said, "If you feel like something is wrong, something is wrong. Tell your doctor." "I felt like something was wrong, so that's what I did. I told my doctor," Bush continued. "I told her that I was having severe pains, and she said, 'Oh no, you're fine. You're fine. Go home, and I'll see you next time.' So that's what I did. I went home. One week later, I went into preterm labor."

Born at 23 weeks, Zion weighed 1 pound, 3 ounces. "His ears were still in his head. His eyes were still fused shut. His fingers were smaller than rice. And his skin was translucent—a Black baby, translucent skin. You could see his lungs. He could fit within the palm of my hand. We were told he had a 0% chance of life," she said.

But the chief of neonatal surgery happened to be in the hospital that morning and decided to try to save the newborn. For the first month of his life, Zion was on a ventilator, fighting to live. For four months, he was in the neonatal care unit.

"The doctor who delivered my son apologized. She said, 'You were right, and I didn't listen to you. Give me another chance,'" Bush said.

Bush did give that doctor a second chance, when she was pregnant with her second child. But that doctor wasn't in when, during her 16-week ultrasound, Bush found out she was once again in preterm labor. "The [stand-in] doctor told me that the baby was going to abort. I said, 'No, you have to do something.' But he was adamant, and he said, 'Just go home. Let it abort. You can get pregnant again because that's what you people do.'"

Bush was with her sister, and neither of them knew what to do after the doctor left. Her sister picked up a chair and threw it down the hallway. That caught the nurses' attention, and one nurse called Bush's doctor and put Bush on a stretcher. The next day, Bush's doctor placed a cerclage in her uterus; a cerclage is a stitch or synthetic tape that reinforces the cervix to prevent miscarriage and preterm delivery. She was able to carry her baby. Her son is now 21, and her daughter is 20.

"This is what desperation looks like: That chair flying down a hallway. This is what being your own advocate looks like. Every day, Black women are subjected to harsh and racist treatment during pregnancy and childbirth. Every day, Black women die because the system denies our humanity; it denies us patient care," Bush said. "I sit before you today as a single mom, as a nurse, as an activist, and as a congresswoman. And I am committed to doing the absolute most to protect Black mothers, to protect Black babies, to protect Black birthing people, and to save lives."

While many people on Twitter thanked Bush for sharing her story and shining a light on the health care inequities facing the Black community, others were stuck on Bush's use of the term "birthing people." "'Birthing people?' Why are you erasing women?," one person commented. NARAL, an organization that advocates for reproductive freedom, explained the reasoning behind the term choice. "When we talk about birthing people, we're being inclusive. It's that simple. We use gender neutral language when talking about pregnancy, because it's not just cis-gender women that can get pregnant and give birth. Reproductive freedom is for *every* body," the group tweeted.

The hearing was hosted by the House Committee on Oversight and Reform, which points out on its website that across the United States, "Black birthing people are at disproportionate risk of death and adverse health outcomes before, during, and after pregnancy." Black people are two to three times more likely to die from a pregnancy-related cause than their white counterparts, according to the Centers for Disease Control and Prevention (CDC). They also have higher rates of pregnancy complications, infant loss, and miscarriage. Their babies are also more likely to have worse outcomes. The infant mortality rate is 2.3 greater among Blacks than whites, per the US Department of Health and Human Services Office of Minority Health. That office also reports that Black infants are 3.8 times as likely to die from complications related to low birthweight compared to white infants.

Troubling statistics like these prompted the committee to hold the hearing in the first place. "The Committee will examine how America's historical and ongoing structural racism against Black people is a root cause of the nation's Black maternal morality crisis, and evaluate the need for comprehensive reforms and investments at the federal level to ensure the health and prosperity of Black birthing people and Black families across the United States," according to a statement from the committee.