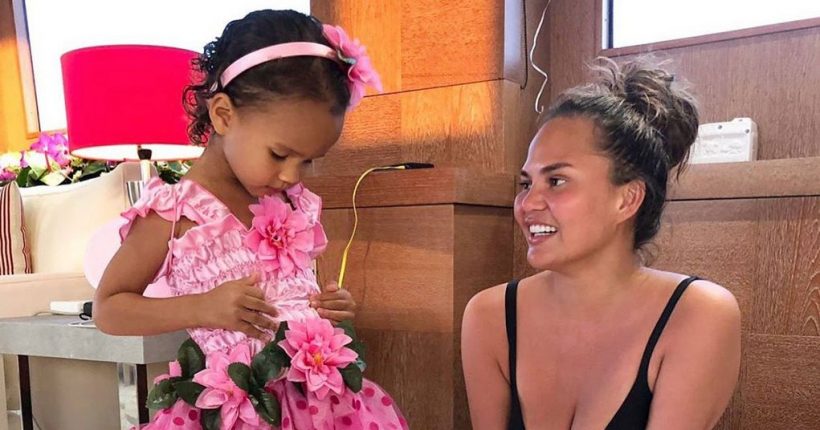 Time is money. Chrissy Teigen’s daughter, Luna, has a schedule, and she wants to stick to it.

The Cravings author, 33, took to her Twitter on Thursday, September 26, to reveal that her 3-year-old daughter sassed her when the model showed up just a tad late to pick her up from school.

“I was *1* minute late picking luna up from school,” Teigen tweeted. “She was all sweet in her classroom then as soon as we were alone, I buckled her in she said ‘so why? why were you late?’” 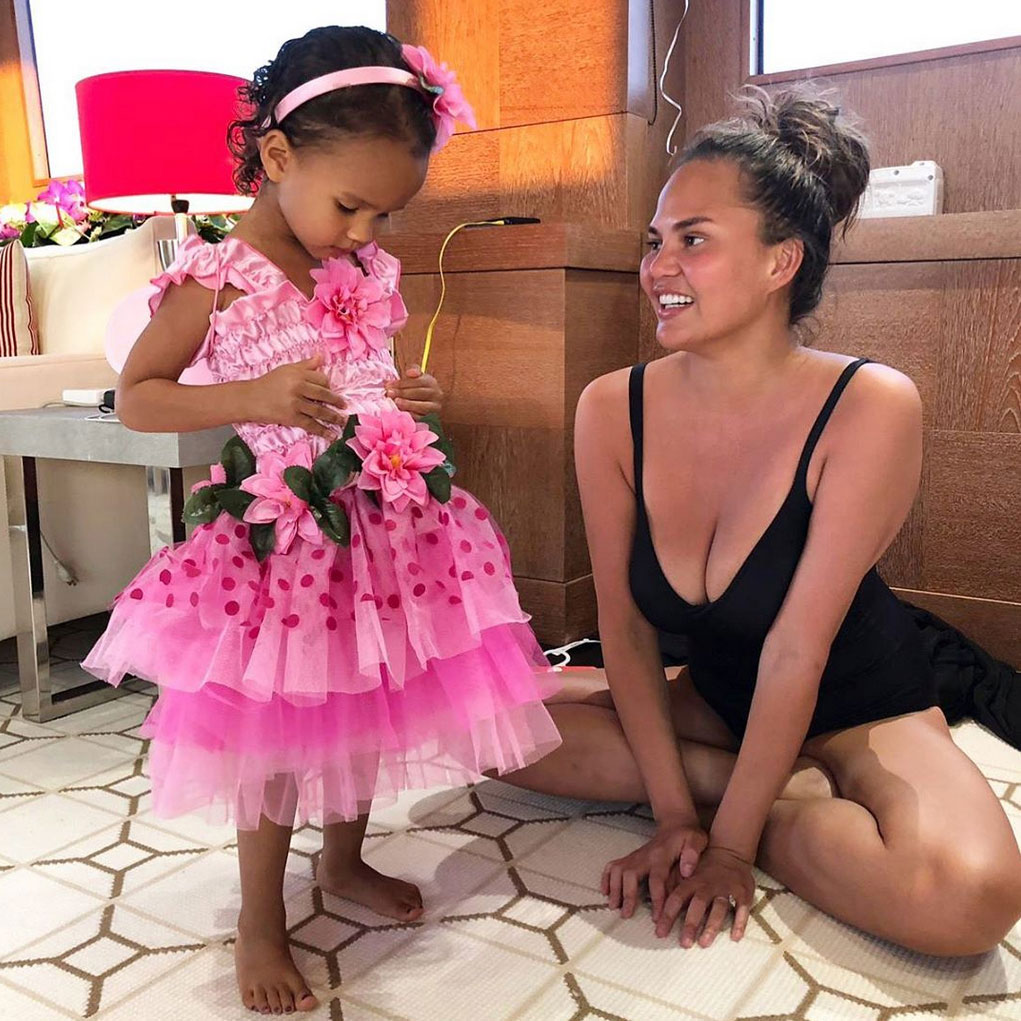 The Lip Sync Battle cohost explained in a second tweet that she was late to Luna’s school because of a closed-off street, which she believed was blocked for an important person.

“This is why I was late WHO IS THIS I can’t live without knowing,” she tweeted with a video of the lane, which was empty aside from a couple police vehicles and a few black cars with tinted windows.

The Utah native shares Luna with husband John Legend. The couple, who married in September 2013, are also parents of son Miles, 19 months. In an interview with Us Weekly in August, Teigen opened up about how her son’s personality differed from what she expected.

Teigne’s observations differed from what she thought of her son in November 2018, six months after she gave birth to him.

“Miles is a clone of John in so many ways,” she told Us at the time. “He literally has his personality type and face. … Even when Miles is sick and has a running nose and isn’t feeling good, he still smiles and is so happy, just like John. I’ve never seen him in a bad mood in all six months. He is a little version of John.”

As for Luna, the Cravings: Hungry for More author couldn’t say a bad thing about her daughter, who is popular among her teachers, despite the occasional late pickup from her mom.

“She’s an angel,” Teigen told Us in November 2018. “We just met with her teachers and they said great things about her. She’s already a great older sister. It’s just so cute.”

In August, Teigen responded to a fan on Instagram who asked whether she had plans to expand her brood.

“I think you can fit one more little one on the end,” the follower wrote on a photo of the model with her children, to which she responded, “Gonna try to wait a few years before attempting again. These guys are exhausting!”