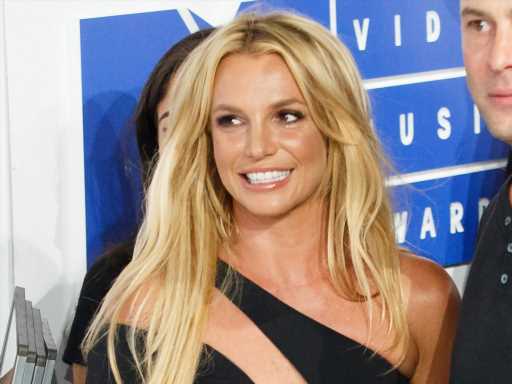 The first thing Britney Spears wants to do after finally securing freedom? Get pregnant, baby! Just days after a Los Angeles judge officially ended the pop star’ conservatorship that has controlled her life for 13 years, she shared an exciting revelation.

“I’m thinking about having another baby!!!” Spears captioned a November 16 Instagram photo featuring a pair of baby legs standing next to an adult, snapped by artist Kei Moreno di Tomasso. Spears added, “I wonder if this one is a girl…she’s on her toes reaching for something…that’s for sure.” The post included emojis depicting a hatching chick among others.

Spears’ fiancé, personal trainer Sam Asghari, added a supportive, sweet comment to the post: “I hope she has great calves like that! That genetic wouldn’t be coming from me” adding #chickenleg.

This isn’t the first time Spears has mentioned wanting another baby. In a 30-minute virtual address to the Los Angeles court in June, Spears said under the conservatorship, she was forced her to wear an intrauterine device (IUD). “I would like to progressively move forward, and I want to have the real deal. I want to be able to get married and have a baby,” she said during her testimony. “I have an [IUD] inside of myself so I don’t get pregnant. They don’t want me to have children — any more children.”

In the comments section of her post, many celebrities and fans offered support for Spears’ desire to have another baby, including Gabrielle Union who left three red hearts emojis.

Here’s hoping Spears gets pregnant with her baby girl — or anything else her heart desires!

Childbirth is nothing like in the movies, as these beautiful photos show.