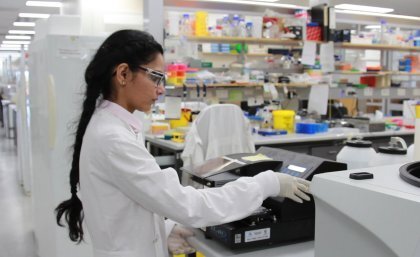 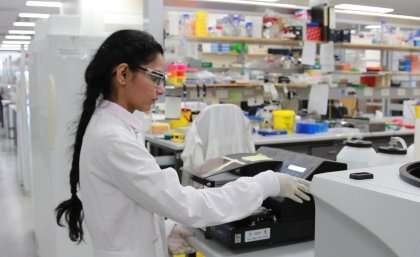 A possible drug target for chronic liver disease has been identified by an international research collaboration involving a University of Queensland team.

Dr. Ramnath said they helped confirm that a molecule called hyaluronan (HA), used as a marker for liver disease, also has a role in disease progression.

“Testing for HA levels in the blood can indicate the severity of liver disease in patients, but until now its exact role in disease progression had not been completely understood,” Dr. Ramnath said.

“Using clinical samples provided by Professor Elizabeth Powell from UQ’s Faculty of Medicine, we were able to confirm that an enzyme which makes HA was at higher levels in patients with later stages of the disease.

“This means it’s not just a marker, it’s now a potential drug target.”

Chronic liver disease is reaching epidemic proportions with up to 30 percent of the world’s population experiencing fat build up in the liver, known as non-alcoholic fatty liver disease (NAFLD).

A proportion of NAFLD patients progress to a more severe form of the disease called non-alcoholic steatohepatitis (NASH).

“NAFLD can be slowed by changes in diet but if untreated constant liver damage and inflammation can lead to a condition associated with cirrhosis and liver cancer.

“There are currently no medications to treat some forms of chronic liver disease so new drug targets are desperately needed,” Dr. Ramnath said.

Professor Sweet said it is now understood that short forms of the HA molecule could create an immune response, causing inflammation and increased severity of the disease.

“It has been very rewarding working with Dr. Seki from Cedars-Sinai, who has gone on to show that if HA production is inhibited in mice, the severity of the disease is reduced,” he said.

“This international collaboration has advanced our knowledge of this complex and prevalent disease, and the findings from this study may ultimately provide a strategy to develop much needed treatments.”