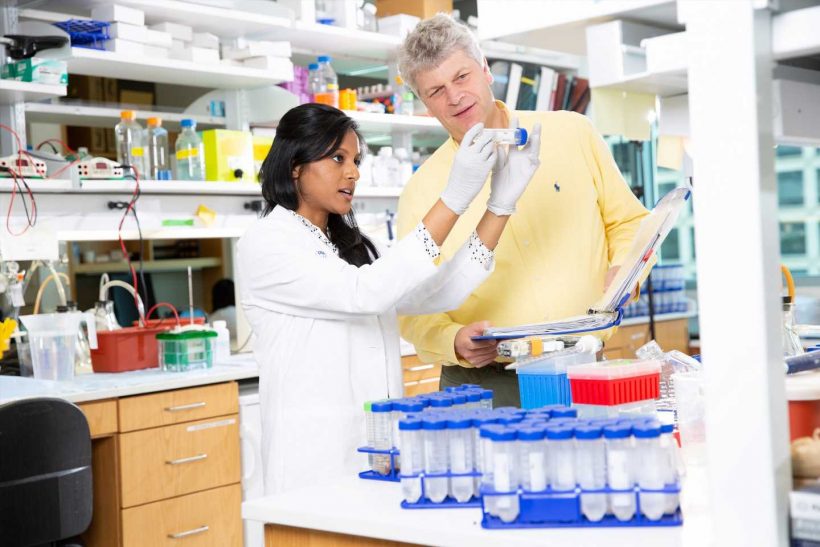 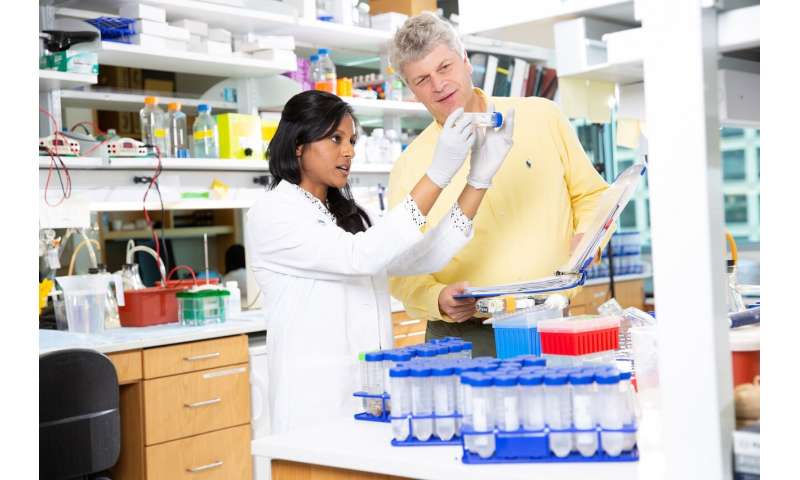 A new study finds that the protein responsible for the crawling movements of cells also drives the ability of cancer cells to grow when under stress.

The protein is actin, which is also a key component of the contraction apparatus of muscles throughout the body. The link between cell movement and signaling is through the cell’s actin cytoskeleton—chains of actin that dynamically assemble and disassemble to aid locomotion in cancerous and noncancerous cells.

Although the actin cytoskeleton was known to be involved in the spread, or metastasis, of cancer cells, the fact that the cell migration machinery can drive cancer cell growth has never before been described, said Dr. Gaudenz Danuser, UT Southwestern Chair of the Lyda Hill Department of Bioinformatics and Professor of Bioinformatics and Cell Biology. Dr. Danuser is the corresponding author of the study published today in Developmental Cell that identifies a novel role for actin in cell signaling.

The study demonstrates that form drives function in a mechanism that behaves one way in both noncancerous cells and in unstressed cancer cells but acts differently in cancer cells that encounter stressors such as chemotherapy or the need to adapt to a new environment such as after spreading from the skin to lung tissue. When encountering such stresses, the actin mechanism affects signaling to promote drug resistance or aggressive metastatic growth.

In the paper, the researchers point out that drug resistance and metastasis represent “two of the most critical factors in determining prognosis for cancer patients.”

In their studies, the researchers took human skin cancer (melanoma) cells that contained a mutation in the Rac1 gene linked to chemotherapy-resistant tumors and used CRISPR/Cas9 gene editing to snip out the single-base pair mutation and revert it to the normal gene. The scientists found that in a petri dish, cells with the mutation continued to grow when exposed to chemotherapy, while cells with normal Rac1 could not—even though both kinds of cells remained cancerous. When injected into mice, cells carrying the mutation made much larger metastatic nodules than cells carrying the normal version of the gene. Interestingly, cancer cells with or without the mutation grew at the same rate, as long as they were not exposed to chemotherapy or remained in the primary tumors. Hence, it is the stress of a new environment that turns on cell growth in the mutated cells, the researchers said.

In 2012, laboratories at Yale and at MD Anderson Cancer Center independently isolated the Rac1 mutation in melanoma. About 10 percent of melanoma patients carry the mutation.

“In 2014, the MD Anderson group showed that this mutation is among the culprits behind chemotherapy resistance in skin cancer cells,” said study lead author Dr. Ashwathi (Abbee) Mohan, who recently received her Ph.D. from the Cancer Biology Graduate Program and UT Southwestern’s Medical Scientist Training Program. The UTSW study identifies for the first time a reason for the mutation’s ability to encourage drug resistance and the growth of cancer cells—and it’s a structural one.

By combining gene editing, molecular cell biology, advanced live-cell imaging, and computer vision, they show that when cells with the Rac1 mutation are stressed, the actin cytoskeleton creates enlarged sheet-like protrusions—called lamellipodia from the Greek for “thin sheet” and “foot.” Noncancerous cells or cancer cells without the mutation extend much smaller lamellipodia to initiate migration. “These sheets—lamellipodia – (in stressed cancer cells that have the mutation) are so massive that they sequester and turn off tumor suppressor molecules, which otherwise would control cell growth,” Dr. Mohan said.

“It resembles catching the signaling molecules in a net. This raises the possibility of restoring the chemotherapy response by blocking the assembly of these dense actin sheets,” Dr. Mohan added. “It’s almost like a superpower that some cancer cells have that makes them able to resist drugs and to grow more aggressively after spreading to different parts of the body.”

Dr. Danuser agreed, saying, “Our data reveal that beyond roles in controlling cell shape and enabling cell migration, the actin cytoskeleton is also actively involved in regulation of cell signaling. This research opens the door to better understanding how a cell uses the actin cytoskeleton for coupling the control of shape and signals in both normal and cancerous processes. More specifically, it is possible that through this mechanism, dysregulation of Rac1 signals plays a much bigger role in cancer progression than so far appreciated.”

The Danuser lab is now working to better understand how cancer cells know when to turn on and off this form-driven signaling machinery.

“It is clear that with this machinery, cancer cells are able to turn on and off a growth pathway instantaneously,” said Dr. Danuser, holder of the Patrick E. Haggerty Distinguished Chair in Basic Biomedical Science. “If we can figure out how the cells access this pathway, we can block what we have found to be a critical escape route that cancer cells use to resist drug treatment.”