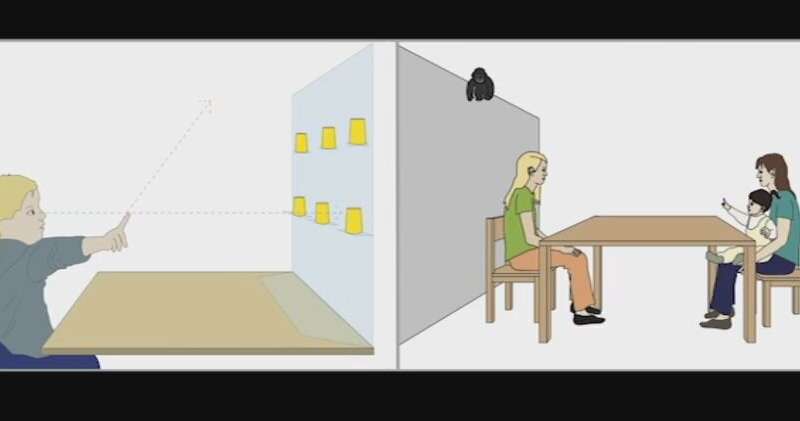 A team of researchers from the Max Planck Institute for Evolutionary Anthropology and EHESS, CNRS, Paris, reports evidence that infants point because they want to touch something out of reach. In their paper published in the journal Science Advances, the group describes experiments they conducted with infants and people of other ages, and what they found.

Infants will often reach out and point at something with their index finger. Prior research has shown that infants across the world all do it the same way. Many who see this pointing in action assume the child is trying to direct someone else’s attention to a certain object. But in this new effort, the researchers have found evidence that suggests that in actuality, the infant is simply expressing a desire to touch something beyond its reach.

To learn more about why infants point, the researchers carried out three experiments. The first consisted of watching as volunteers of all ages (including infants) pointed at designated objects and measuring the angles in which it occurred. The researchers found that in all cases, the volunteers pointed in the same way as they would if they were reaching over to touch something with a fingertip.

In the third experiment, the researchers asked volunteers of all ages to look at pictures of hands pointing in ways that were ambiguous in nature. The volunteers were asked to report whether the gestures were of hands pointing as if to touch something, or if they were trying to direct someone’s attention to a distant object. The researchers found that the results depend on age—the youngest volunteers tended to choose the touch option in all cases, while older volunteers chose one or the other, depending on their interpretation of the hand gestures.