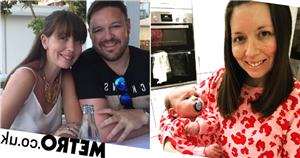 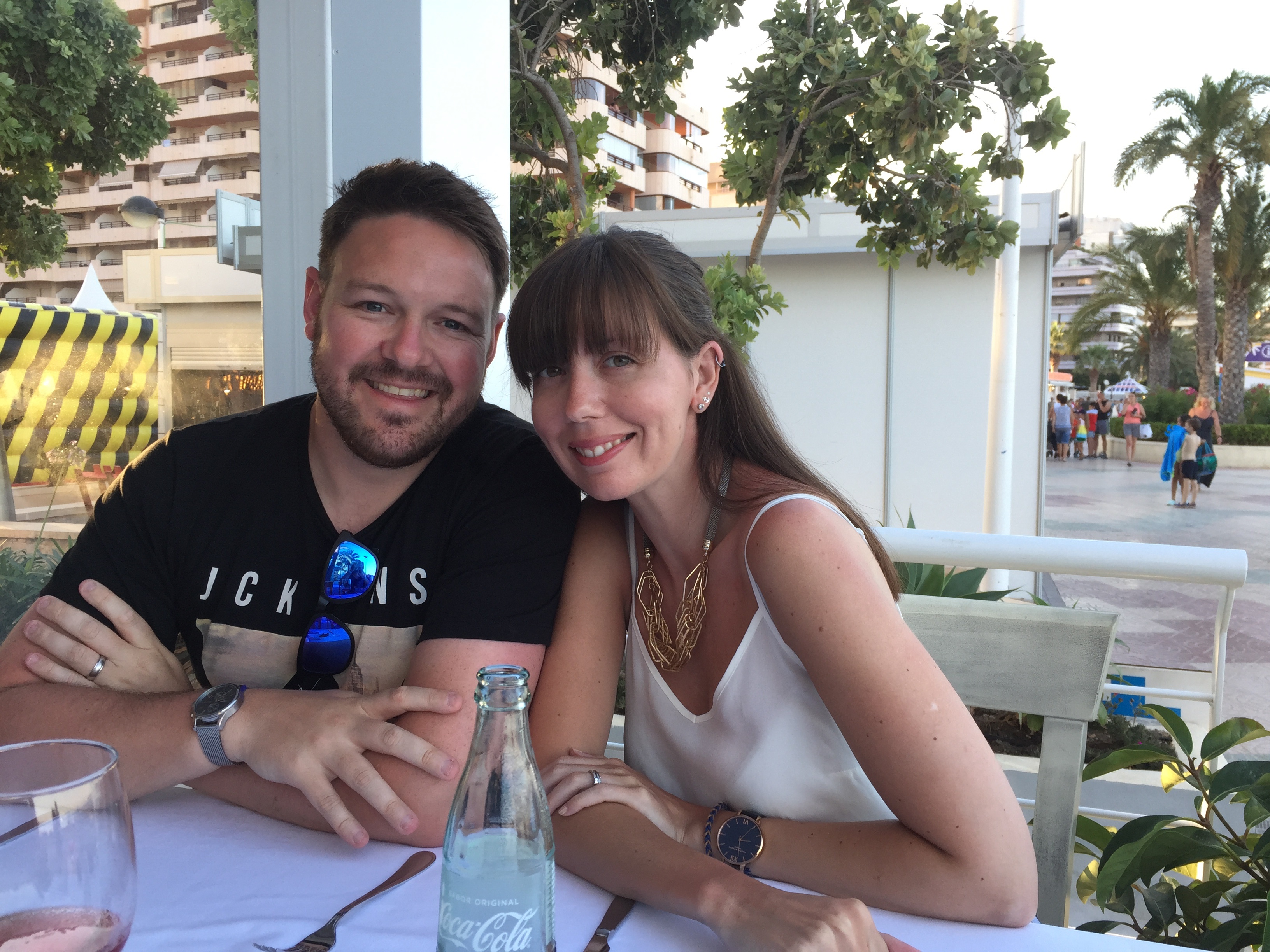 Amy Sellers had just arived home from a couch to 5k training run in August 2018 when she started to feel unusually warm and lightheaded.

‘I thought I was just dehydrated,’ Amy remembers, reasoning she had just run a little faster than usual that day. ‘I had a cold-water bath and just planned to chill out a bit.’

The symptoms remained after a few days, so Amy decided to see a GP to check nothing was wrong.

‘The GP said it sounded like it was either a virus or that it could be a little burst blood vessel in the brain,’ the now 39-year-old tells Metro.co.uk.

To be on the safe side, the GP sent Amy for a CT scan at the hospital that same day, but the results came back without any concerns. The doctors told her to come back the following day for a follow-up MRI scan.

On the morning of her scan, Amy felt totally fine again and was confident nothing would show up on the scan later in the day.

‘I waited around at the hospital after the scan,’ Amy says. ‘A young doctor took me into a side room and said that they had found a brain tumour on the right-hand side of my brain.

For a few minutes, Amy didn’t think she had heard the doctor correctly. After all, she had never smoked, rarely drank alcohol, and hadn’t displayed any significant health problems. She just felt like your average, healthy person.

‘The first thing I asked was if I was going to die,’ she recalls.

Amy later found out that her original symptoms of lightheadedness and fever had resulted from a virus.

‘If I hadn’t gone for a run, hadn’t felt poorly, hadn’t seen my GP, and he hadn’t referred me on for a scan, I would have gone on with the tumour for a number of more years,’ she tells us.

If the tumour hadn’t been caught early, Amy could have gone onto have unexpected seizures, blurred vision, or other debilitating symptoms as the tumour grew unnoticed.

Her husband and parents joined her at the hospital and all Amy could think about was how the news would affect them.

‘I was worried about how everybody else was doing,’ she says. ‘I didn’t want them to be upset for me.’

Only hours after she received the life-changing diagnosis, Amy went into planner mode.

‘What’s the next step?’ she asked herself. ‘What can I do? Is there anything I can read? I was trying very hard to think in positively.’

Within two weeks of diagnosis, Amy had been referred to the Walton Centre in Liverpool to figure out next steps. She learned there were typically three ways of dealing with a brain tumour: leave it, remove it with surgery, or treat it with chemotherapy and radiotherapy. By September, the doctor had made the decision to remove the tumour.

‘I was a little bit nervous,’ Amy says, remembering how she felt on the morning of her surgery, October 30. Even though she had grown used to hospital appointments, having attended for scans every two weeks, this time was different. She was about to undergo a brain surgery.

Amy says: ‘My parents and my husband were freaked out. Whereas I was thinking there just wasn’t anything I could do about it. Let’s just do it. We’ve got a plan. They think they can get it out. They think I’ll be okay. Let’s just crack on.’

Eight hours after the start of surgery, Amy was wheeled back to recover on the ward. As she woke, nurses came around to make sure she knew the date, her name, and where she was. As soon as she could, Amy felt for the incision site on her head.

For the first few weeks after surgery, Amy had intense headaches and extreme fatigue.

‘When the doctors had done the surgery, they reminded me they were causing a brain injury – going in and removing the tumour, but also cutting away healthy tissue,’ Amy says. ‘You’re on steroids and painkillers for a few weeks. I just tried to eat and keep food down and get out of bed and walk down the stairs.’

She had cold sweats, nausea, and dizziness, too.

‘It would have been really easy to sit on the bed and feel sorry for myself,’ she says.

But instead, she chose to appreciate she was alive, and that the tumour had been found and removed.

‘I would get up, have a wash, get dressed in clean clothes, and get outside for fresh air,’ Amy says, recalling the little steps she took to protect her mental health.

Unable to drive for a year after the surgery, as a precaution in case she had a seizure while driving, Amy quietly recovered at home until she returned to work as a children’s social worker in March 2019.

Amy and her husband were eager to have a baby but were advised to wait for at least a year post operation. After a year had passed and her scans were showing no signs of tumour regrowth, they decided to start trying – despite her concerns about the future.

‘In the back of my mind, I was thinking that the brain tumour could come back at any point,’ Amy remembers fearing. ‘How would it be if I had children and then had to explain to them what was wrong – that I could potentially die? But I knew I needed to live my life for now.’

In March 2021, Amy found out she was expecting and in November, she held her little girl in her arms.

‘When you’re in active labour and you’re pushing, there is lots of pressure that builds up around your skull in your brain,’ Amy says. ‘They said my brain couldn’t cope with that pressure when pushing so I ended up having a c-section.’

Even though Amy is fully aware the tumour could come back, she is prepared for dealing with it.

‘I’m not fearful,’ Amy states. ‘I feel more equipped and know the different treatments and research available. We’ll deal with it if it comes back.’

What you need to know about brain tumours:

‘Around 12,000 people in the UK are diagnosed with a brain tumour each year,’ Alex Lochrane, chief executive of The Brain Tumour Charity, says. ‘Just 12% of people survive a brain tumour diagnosis for more than five years, and while we have seen some encouraging steps forward in both research and care in recent years, we know progress isn’t happening fast enough and we need to act now.

‘The signs and symptoms of brain tumours can vary significantly. But the most commons symptoms of them in children and young people can include persistent or recurring vomiting and headaches, balance or co-ordination problems, blurred or double vision, and fits of seizures.’

While these symptoms don’t mean a person definitely has a brain tumour, it is worth getting checked by a GP if the symptoms are unusual for the person, experienced in combination with other symptoms, or are persistent and unexplained.

‘Early detection is vital to ensure people can get the treatment and support they need as soon as possible, and that they have the best possible chance for survival,’ notes Alex. ‘Treatment often includes surgery, and detecting a tumour earlier when it is smaller in size, may mean it is easier to remove more of the tumour, which could help slow down its progression or relieve symptoms.’