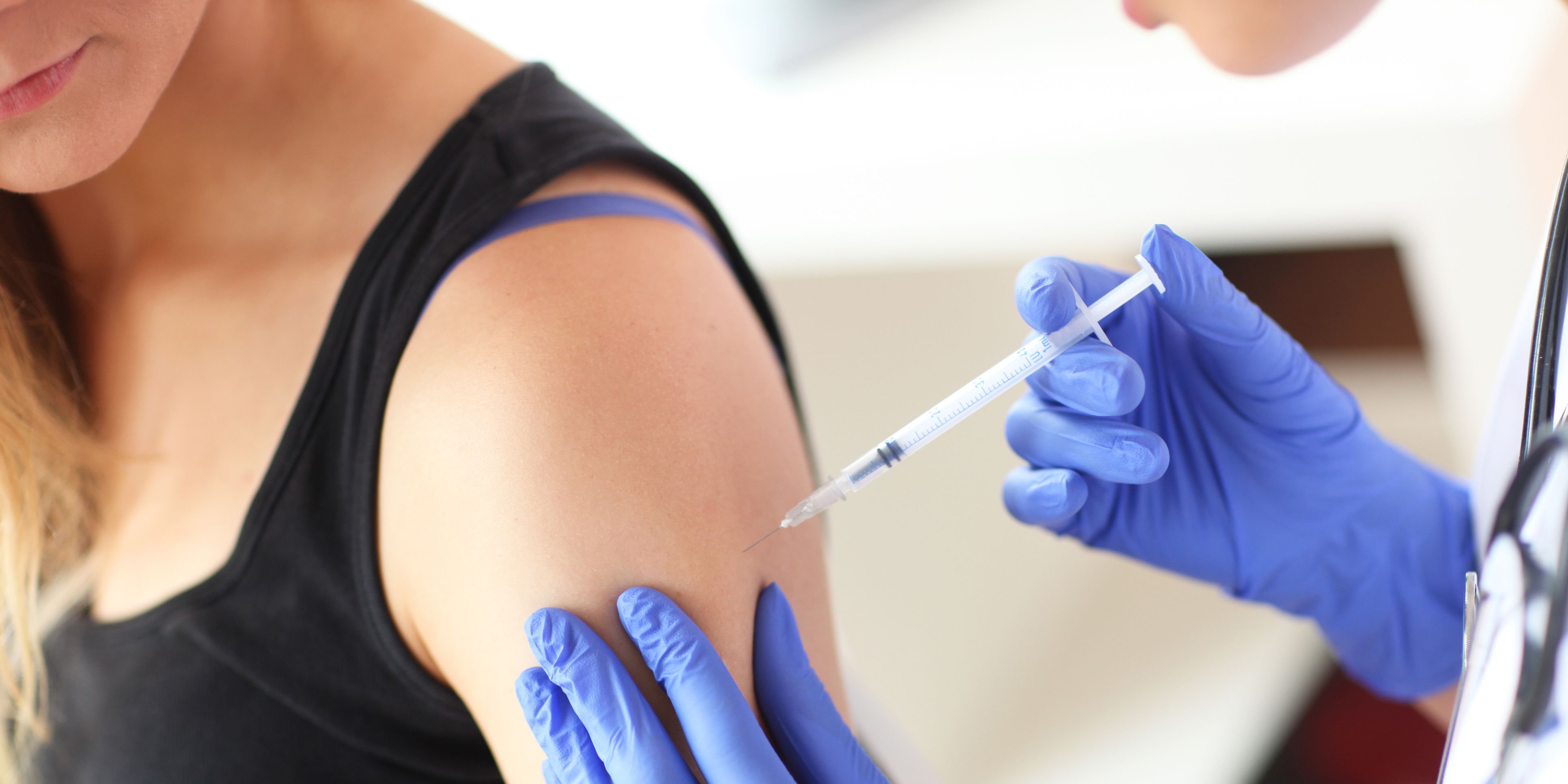 If you’ve got allergies, you know the deal: For part of the year, you can venture outdoors breathing easily and seeing clearly. For the other, you’re stuck scratching your itchy eyes, sneezing constantly, and blowing your nose like crazy.

Turns out, there’s a super-potent steroid shot that offers relief from what feels like a truckload of pollen to the face. And only a few hours later, you’ll be breathing better! Sounds promising, right?

Well, like most things that sound too good to be true, there’s a catch…

What’s up with steroid shots for allergies?

First things first: You get allergies when your body overreacts to a substance (like pollen or cat dander) in an attempt to protect you from it. (Cue the congestion and watery eyes.)

A steroid shot is an aggressive remedy used to calm that response, says Purvi Parikh, M.D., an allergy and immunology clinical assistant professor at NYU Langone Health. But while these steroid shots are extremely effective, they should only be administered “when all else fails,” warns Parikh.

That’s because there are long-term side effects of over use (if you exceed two shots in the same year and continue that practice every year): weight gain, diabetes, bone deterioration, and cataracts, to name a few, says Parikh.

Over-the-counter preventative medications should always be your first move, she says. But if you develop breathing problems, start wheezing, or contract a virus as a result of your allergies, then the shot might be right for you. Still, don’t make it a regular thing.

How do you get a steroid shot for allergies?

The steroid shot is administered by an allergist and injected into a muscle, usually in the arm. The steroid shot takes six hours to go into effect, and there’s no going back once it starts working. That means, if you have a bad reaction to the shot, you’ll need to deal with it until the shot wears off in a few weeks or months, says Parikh.

Thankfully, there’s a much less intense route: steroid-free immunotherapy shots. “That’s the best long-term solution,” says Parikh, who adds that these shots work by introducing small amounts of the allergen to your body, in an effort to help you slowly acclimate to it. “Over time, your body stops reacting,” she says.

Should I give steroid shots a try?

The sad truth: You can’t get rid of allergies. All you can really do is suppress them or slowly acclimate to them (via immunotherapy shots), says Parikh.

The best route is to start using steroid nasal sprays or oral allergy relief medicines before allergy season starts—at least two weeks in advance, says Parikh. If you don’t feel relief from that, then it might be time to consider immunotherapy shots.

If none of those options work for you, then (and only then) should you turn to steroid shots. And if that’s what you decide to do, make sure you limit them to one or two shots max, per year.

The bottom line: Steroid shots work, but they should be your last resort for allergy relief. It’s best to try OTC medicines, steroid nasal sprays, or immunotherapy shots first.