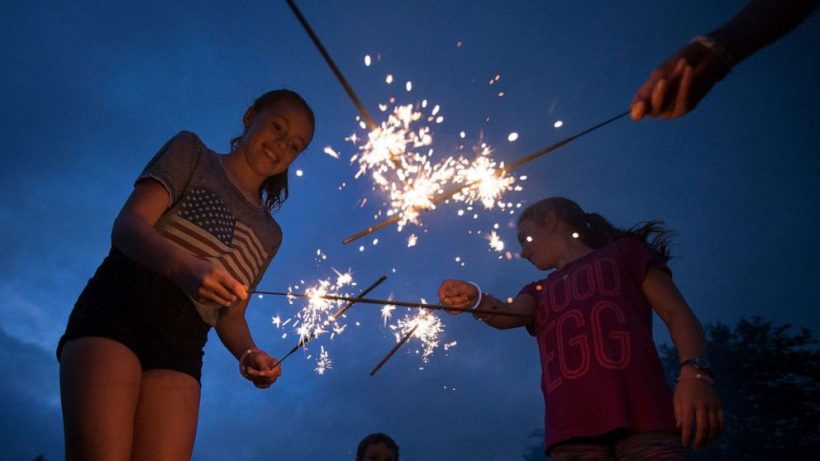 Fireworks may be a quintessential part of Fourth of July celebrations, but doctors and safety officials are urging revelers to take caution when handling them after more than 9,000 Americans were injured by fireworks last year.

“It’s devastating” when people come into the emergency room unaware of the extent of an injury caused by a firework, Robert Glatter, an emergency physician at New York City’s Lenox Hill Hospital, told ABC News.

Last year, five people were killed nationwide and another 9,100 were hospitalized with injuries as a result of handling fireworks, according to the 2018 annual fireworks report by the Consumer Product Safety Commission.

Of those injuries, about 62% occurred between June 22 and July 22, and children under 15 accounted for 36%, according to the report.

Fireworks contain sulfur, charcoal and gunpowder, and the red-hot fragments can reach more than 1,300 degrees, according to the CPSC.

“Overall, people don’t have a concept of how powerful and how dangerous these things are,” Glatter said. 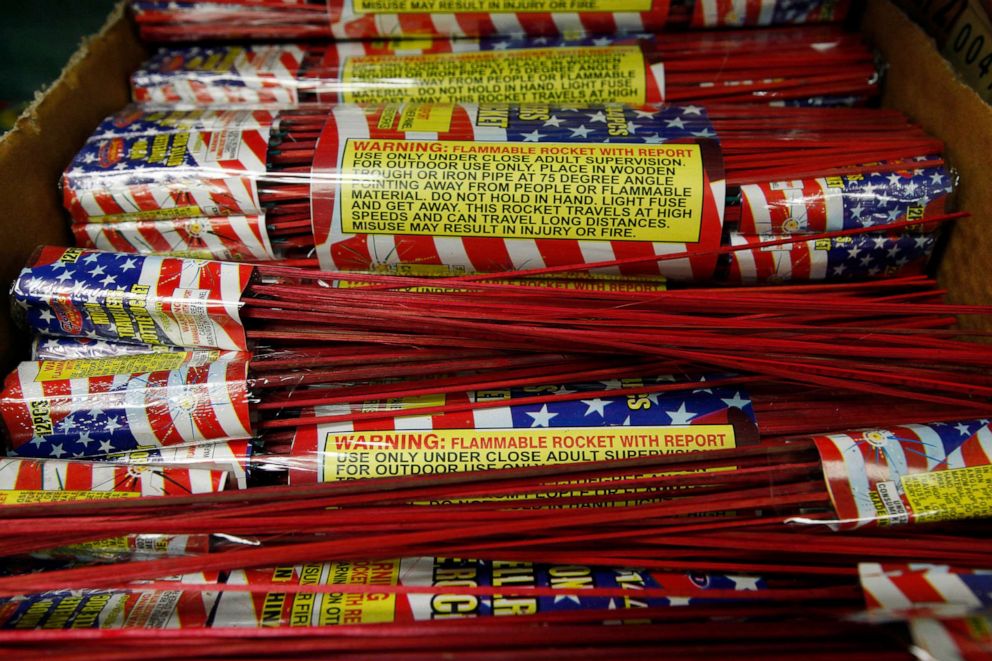 Hands and fingers are most often injured

Hands and fingers are the body parts most affected by injuries, according to the CPSC report.

Hand injuries can be “quite problematic,” Glatter said.

“We see burns associated with tissue loss that can require years of therapy,” Glatter said.

In addition, the injury can be “life-changing” it if occurs on someone’s dominant hand, which may never regain its original function if the injury is severe enough, Glatter said.

Loss of vision can also occur

If you don’t, you’re putting yourself at risk of blindness and corneal burns, which may require a transplant, he explained. The number of eye injuries doubled between 2016 and 2017, according to the CPSC.

“All it takes is one shooting spark into your eye” to result in a severe burn that leads to visual loss and disfigurement, Glatter said.

If you do get a fragment in your eye, it’s important to leave it alone and go to the emergency room immediately, Glatter said.

“Rubbing your eye can make the burn much worse and increase tissue destruction,” he said.

After hands and fingers, the body parts most affected by firework accidents are the legs and eyes, followed by the head, face, ears, and arms, according to the CPSC report.

Just 10% of those polled say they wear protective eyewear when using fireworks, according to the American Academy of Ophthalmology. 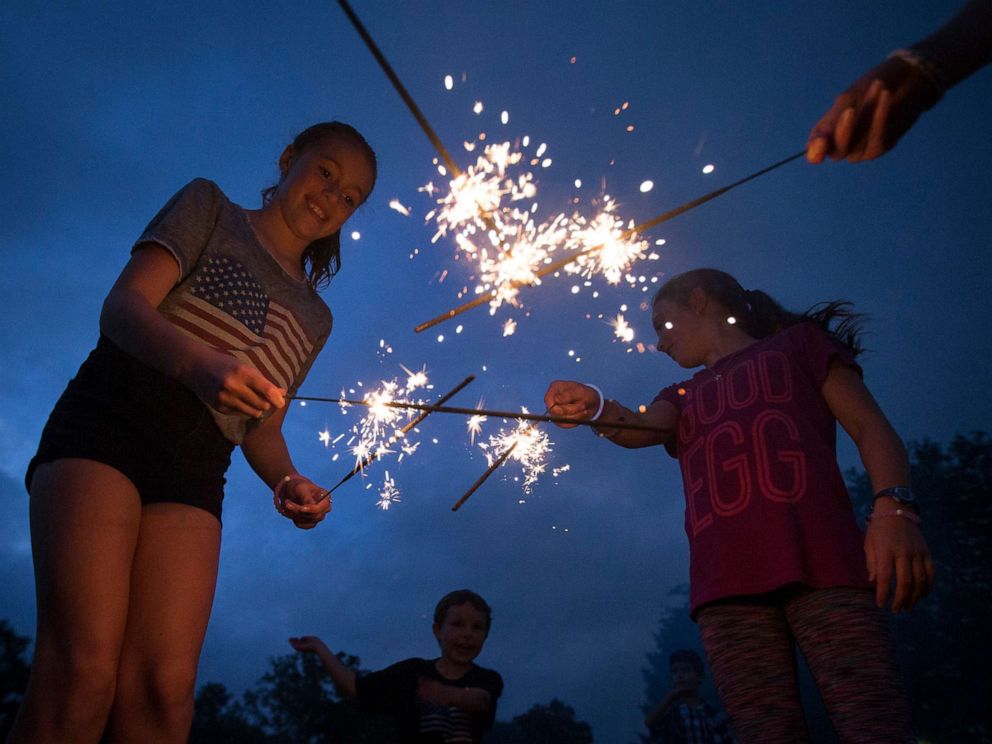 Sparklers are the leading cause of fireworks-related injuries, the CPSC announced last year.

The traditional Fourth of July party favor can actually burn at temperatures of up to 2,000 degrees, hot enough to melt some metals.

“Just the quickest touch to a child’s hand will give them a pretty significant burn,” Michiels said.

Five hundred people required trips to the emergency room in 2018 due to sparklers, according to the CPSC report.

The potential of something going wrong when someone handles fireworks under the influence of drugs or alcohol is “exceedingly high,” Glatter said.

A person under the influence may have a lack of depth perception and awareness that compounds the potential for injury, he said.

Some impaired people have stood over the exploding firework or even picked up a dud, he added.

“One wrong decision, especially under the influence, can be life-changing,” Glatter said. “Think before you act.”

Last year, a 40-year-old man broke three fingers after he lit a firework after drinking, according to the CPSC report.

The man stated that he had consumed “too much alcohol” before the incident and that he was impaired. 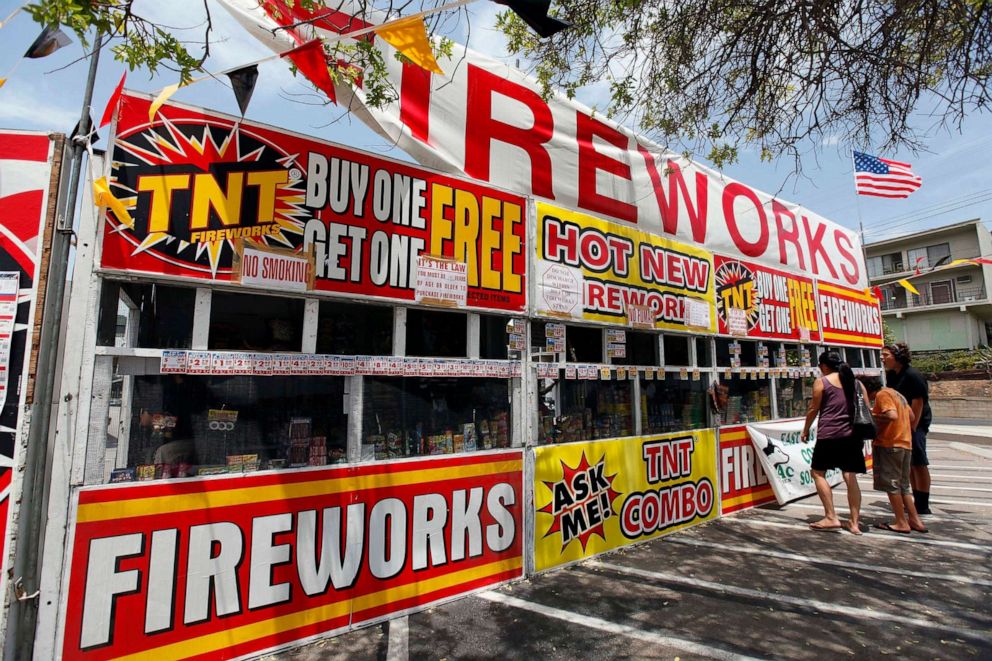 Bystanders need to be aware of potential health risks as well, Glatter said.

Spectators can be at risk from dust, chemicals or metal fragments that are released from the fireworks when they detonate, he said, adding that spectators should wear long sleeves and pants, even in hot weather, to protect themselves.

In addition, debris could trigger a bronchial spasm in people who suffer from lung disease, asthma or chronic obstructive pulmonary disease, Glatter said. 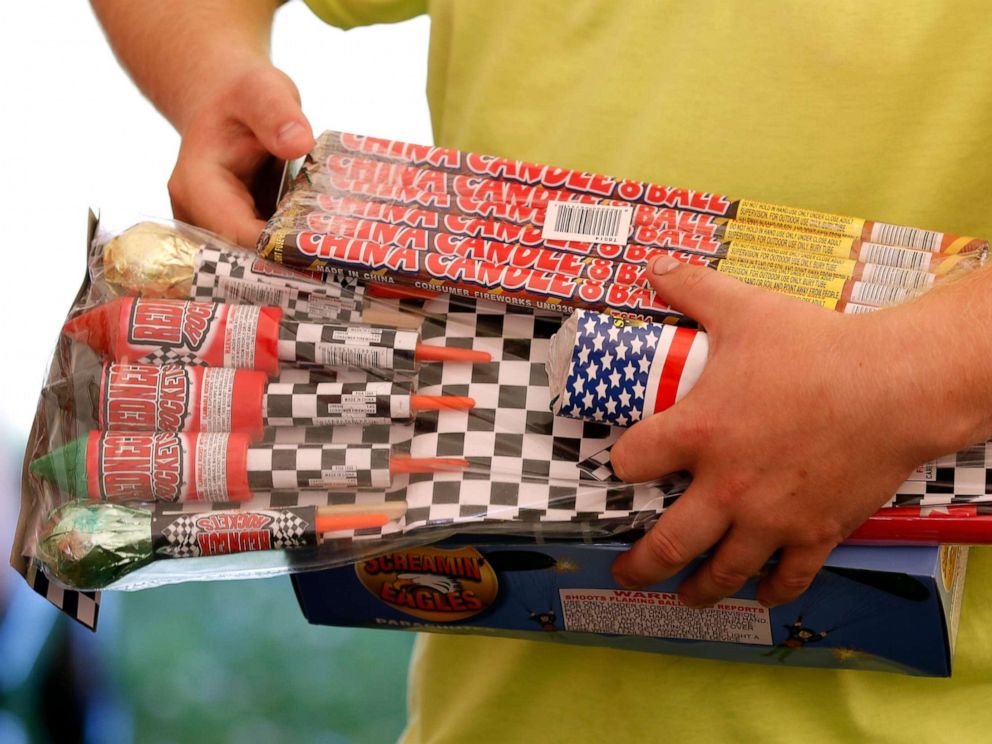 The CPSC has issued several tips on how to stay safe when using fireworks, if they are legal in your state.