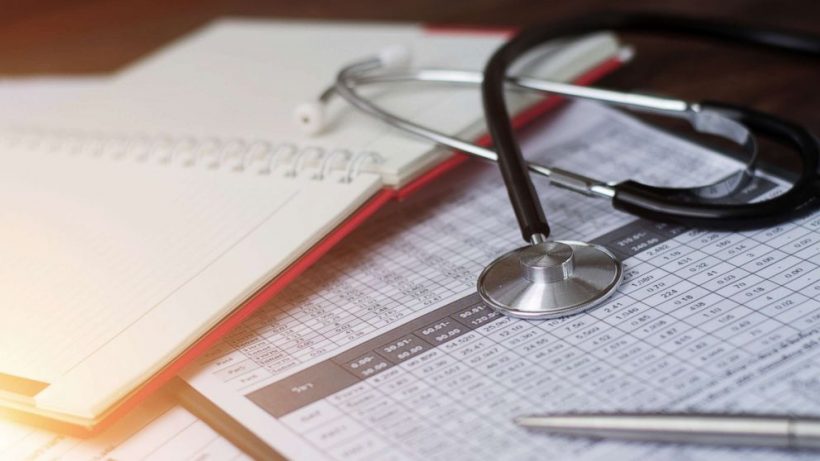 This story is from Kaiser Health News

As President Donald Trump was fighting with Congress over the shutdown and funding for a border wall, his administration implemented a new rule that could be a game changer for health care.

Starting this month, hospitals must publicly reveal the contents of their master price lists — called “chargemasters” — online. These are the prices that most patients never notice because their insurers negotiate them down or they appear buried as line items on hospital bills. What has long been shrouded in darkness is now being thrown into the light.

For the moment, these lists won’t seem very useful to the average patient — and they have been criticized for that reason. They are often hundreds of pages long, filled with medical codes and abbreviations. Each document is an overwhelming compendium listing a rack rate for every little item a hospital dispenses and every service it performs: a blood test for anemia. The price of lying in the operating suite and recovery room (billed in 15-minute intervals). The scalpel. The drill bit. The bag of IV salt water. The Tylenol pill. No item is too small to be bar coded and charged.

But don’t dismiss the lists as useless. Think of them as raw material to be mined for billing transparency and patient rights. For years, these prices have been a tightly guarded industrial secret. When advocates have tried to wrest them free, hospitals have argued that they are proprietary information. And, hospitals claim, these rates are irrelevant, since — after insurers whittle them down — no one actually pays them.

Of course, the argument is false, and our wallets know it.

First of all, hospitals routinely go after patients without insurance or whose insurer is not in their network. When Wanda Wickizer had a brain hemorrhage in 2013, a Virginia hospital billed her $286,000 after a 20 percent “uninsured” discount on a hospital bill of $357,000 — the list price, according to chargemaster charges. Medicare would have paid less than $100,000 for her treatment.

Second, those list prices form the starting point for negotiations, allowing hospitals and insurers to take credit for beneficence, when there is none.

I recently received an insurance statement for blood tests that were priced at $788.04; my insurer negotiated a “discount” of $725.35, for an agreed-upon price of $62.69 “to help save you money.” My insurer’s price was around 8 percent of the charge. Since my 10 percent copayment amounted to $6.27, my insurer happily informed me, “you saved 99 percent.”

Just as airlines have been shown to exaggerate flight times so they can boast about on-time arrivals, hospitals set prices crazy high so they can tout their generous discounts (while insurers tout their negotiating prowess).

Another rationale for those prices is just plain greed. Dr. Warren Browner, the chief executive of California Pacific Medical Center, describes this as the “Saudi sheikh problem”: “You don’t really want to change your charges if you have a Saudi sheikh come in with a suitcase full of cash who’s going to pay full charges,” he said.

But in an era when American patients are expected to be good consumers and are paying more of their bills in the form of copays and deductibles, they have a right to the information on list prices. They have a right to make sure they are reasonable.

Although making chargemaster pricing public will not, by itself, reform our high-priced medical system, it is an important first step. Maybe, just maybe, a hospital will think twice before charging a $6,000 “operating room fee” for a routine colonoscopy if its competitor down the street is listing its price at $1,000. Making this information public should bring list prices more in line with what is actually paid by an insurer, a far better measure of value.

And while the lists are far from user-friendly, researchers and entrepreneurs can now create apps to make it easier for patients to match procedures to their codes and crunch the numbers. With access to list prices on your phone, you could reject the $300 sling in the emergency room and instead order one for one-tenth of the price on Amazon. You could see in advance the $399 rate your hospital charges for each allergen it applies in a skin test and avoid the $48,000 allergy test — with an $8,000 deductible.

As a next step, regulators should insist that these prices be easily accessible on hospitals’ home pages — perhaps in the place of “PAY YOUR BILL NOW” — and translated into plain English. Seema Verma, the head of the Centers for Medicare & Medicaid Services, has suggested that she may well do so.

Patients can help, too: Check out your hospital’s price list. If it’s not detailed or complete enough, demand more. For discrete items, like an MRI of the brain or a vitamin D blood test, take the trouble to scan the chargemaster for the item. Reject an overpriced procedure (even if your insurer is paying the bulk of the bill) and take your business elsewhere.

Justice Louis Brandeis famously said, “Sunlight is said to be the best of disinfectants; electric light the most efficient policeman.” But, in this case, the reform will work only if people take the trouble to look — and to act — now that the lights are turned on.

Kaiser Health News is a nonprofit news service covering health issues. It is an editorially independent program of the Kaiser Family Foundation, which is not affiliated with Kaiser Permanente.