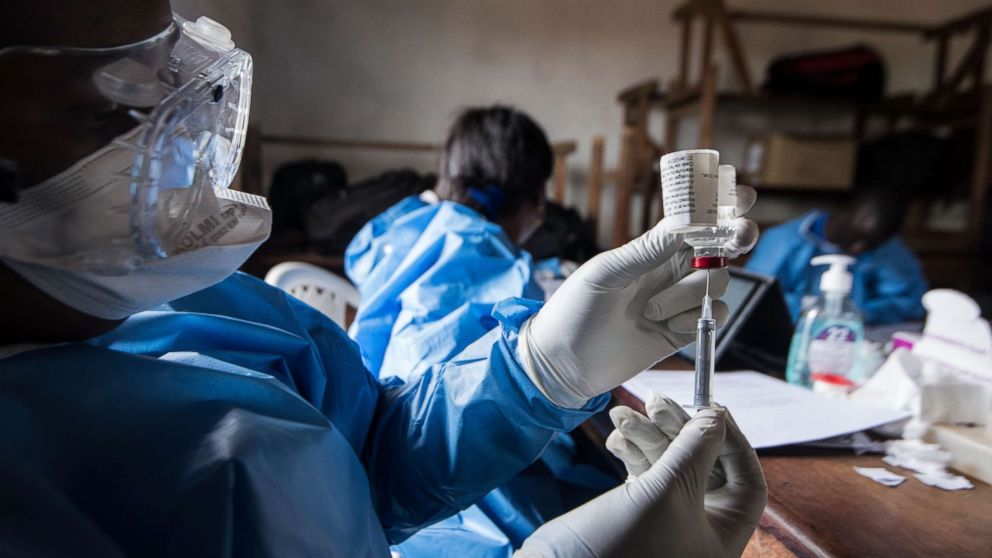 The current Ebola outbreak in the Democratic Republic of the Congo is the second largest in history and the worst the country has ever seen.

At least 658 people have reported symptoms of hemorrhagic fever in the Central African nation’s eastern provinces of North Kivu and Ituri, which share borders with Rwanda, Uganda and South Sudan. Among those cases, 609 have tested positive for Ebola virus disease, according to a daily bulletin from the country’s health ministry on Tuesday night.

“No other epidemic in the world has been as complex as the one we are currently experiencing,” the country’s health minister, Dr. Oly Ilunga Kalenga, said in a statement Nov. 9.

The rising number of cases in the ongoing epidemic has exceeded that of the 2000 outbreak in Uganda, making it second only to the 2014-2016 outbreak in multiple West African nations that infected more than 28,000 people, according to data from the U.S. Centers for Disease Control and Prevention.

The development comes six weeks after the World Health Organization (WHO), the global health arm of the United Nations, concluded the current outbreak does not yet meet the criteria for an international public health emergency — a proclamation that would have mobilized more resources and garnered global attention.

Here is what you need to know about the deadly virus. 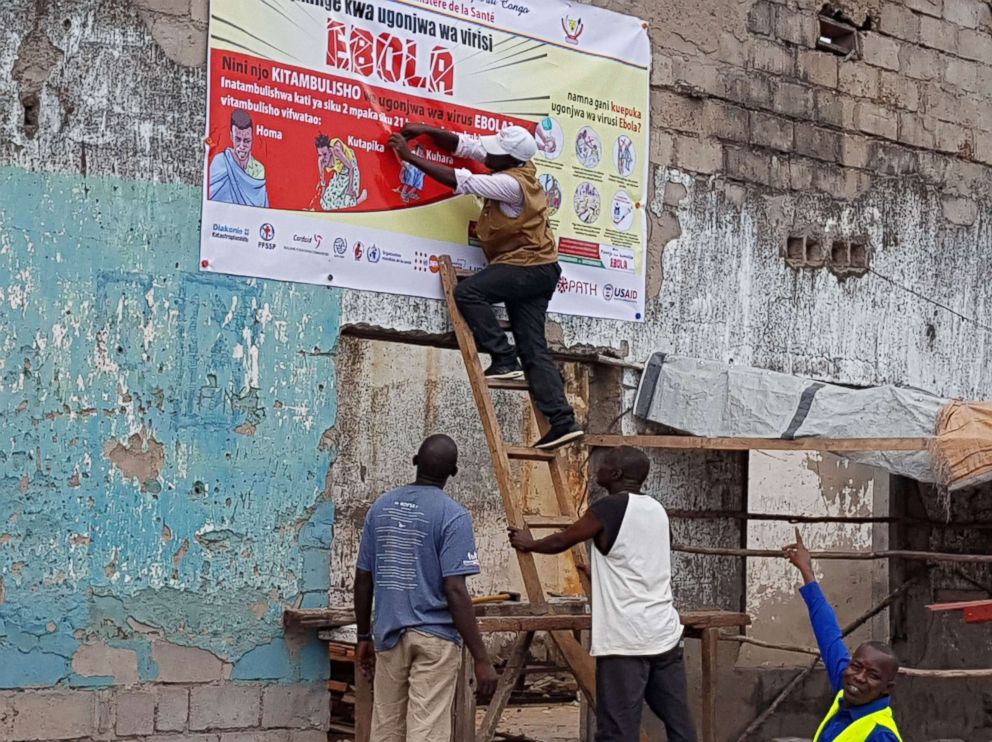 The Ebola virus is described as a group of viruses that cause a deadly kind of hemorrhagic fever. The term “hemorrhagic fever” means it causes bleeding inside and outside the body.

The virus has a long incubation period of approximately eight to 21 days. Early symptoms include fever, muscle weakness, sore throat and headaches.

As the disease progresses, the virus can impair kidney and liver function and lead to external and internal bleeding. It’s one of the most deadly viruses on Earth with a fatality rate that can reach between approximately 50 to 90 percent. There is no cure.

The WHO has received approval to administer an experimental Ebola vaccine, using a “ring vaccination” approach, around the epicenter of the current outbreak in the Democratic Republic of the Congo. Some 37,000 people, including children as well as health and frontline workers, have been vaccinated in the outbreak zone since Aug. 8, according to the country’s health ministry.

The vaccine, which was developed by American pharmaceutical company Merck, has proved effective against the country’s previous outbreak in the western province of Equateur. 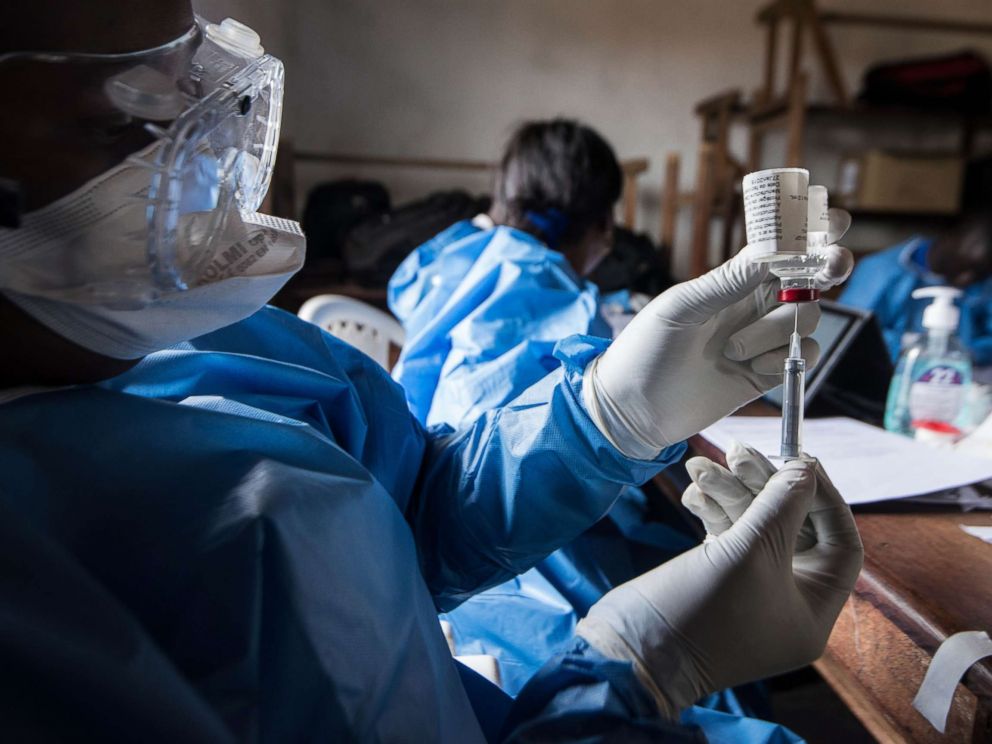 How is it transmitted?

The virus is transmitted through contact with blood or secretions from an infected person, either directly or through contaminated surfaces, needles or medical equipment. A patient is not contagious until they start showing signs of the disease.

Thankfully, the virus is not airborne, which means a person cannot get the disease simply by breathing the same air as an infected patient. 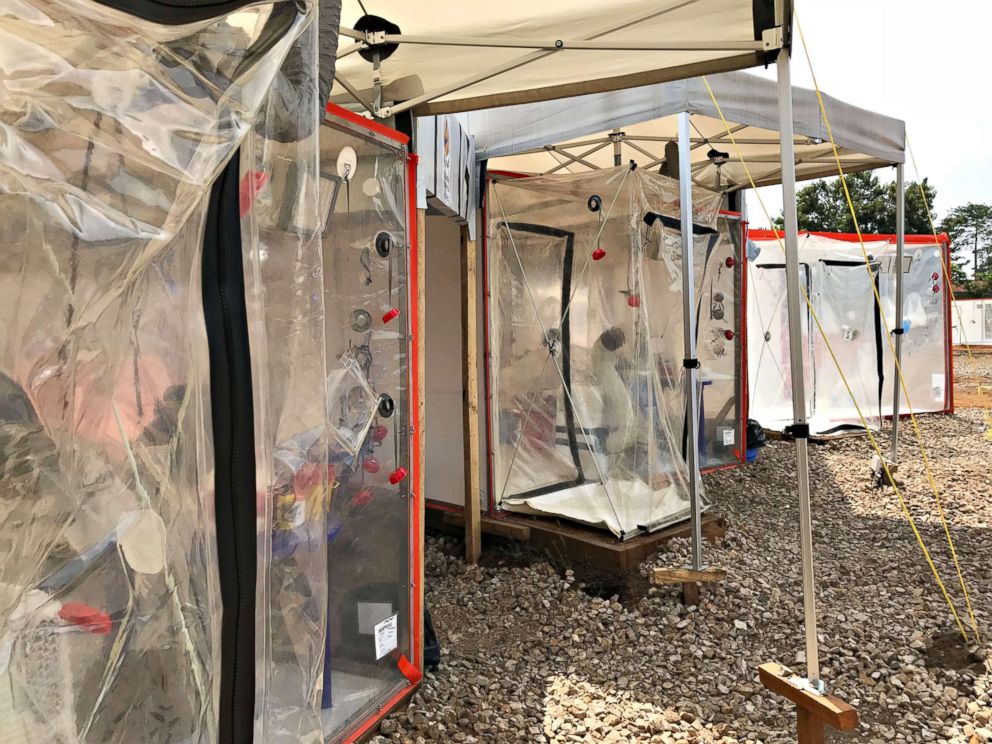 Where have people been infected?

In this current outbreak, people have been infected in North Kivu and Ituri, which are among the most populous provinces in the Democratic Republic of the Congo and share borders with Rwanda, Uganda and South Sudan.

Those two provinces are awash with conflict and insecurity, particularly in the mineral-rich borderlands where militia activity has surged in the past year, all of which complicates the response to the outbreak. There is also misinformation and community mistrust of the medical response, partly due to the security situation, and some residents delay seeking care or avoid follow-up.

Ebola is endemic to the Democratic Republic of the Congo. This is the 10th outbreak the country has seen since 1976, the year that scientists first identified the deadly virus in the small northern village Yambuku near the eponymous Ebola River. 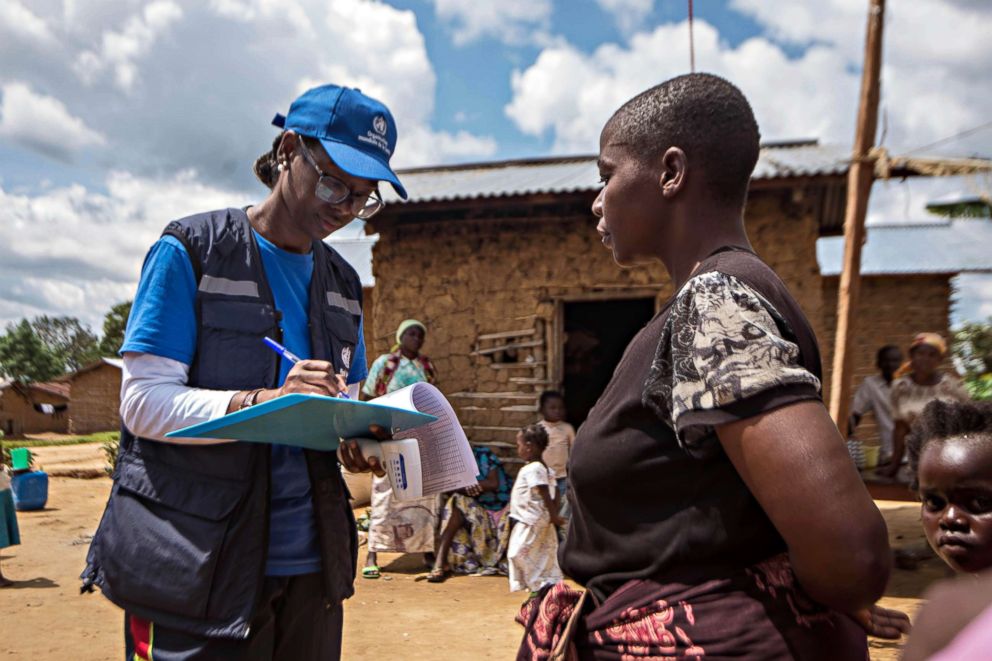 Where did the virus come from?

Certain bats living in tropical African forests are thought to be the natural hosts of the disease. The initial transmission of an outbreak usually results from a wild animal infecting a human, according to the WHO. Once the disease infects a person, it is easily transmissible between people in close contact.

An outbreak that began in the West African nation of Guinea in March 2014, and soon spread to neighboring Liberia and Sierra Leone, was the largest in history, infecting 28,652 people and causing 11,325 deaths. The outbreak, which the WHO deemed a public health emergency of international concern, was declared over in June 2016. 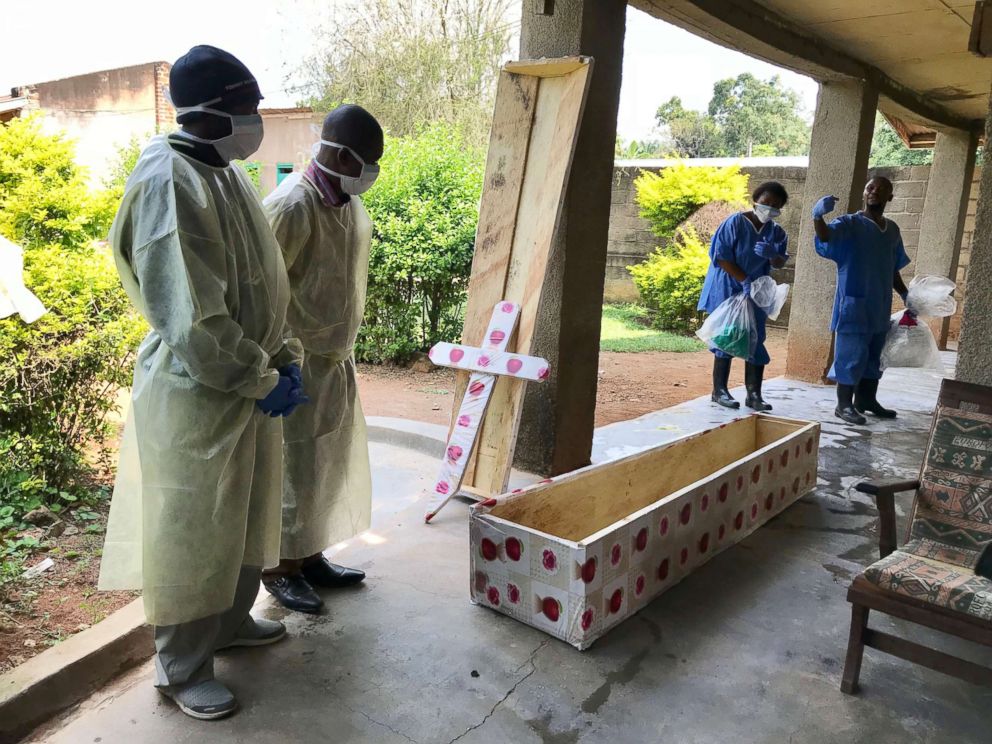 Who is at risk?

The virus is not airborne, which means those in close contact can be infected and are most at risk. A person sitting next to an infected person, even if they are contagious, is not extremely likely to be infected.

However, health workers and caregivers of the sick are particularly at risk because they work in close contact with infected patients during the final stages of the disease, when the virus can cause internal and external bleeding.

In the current outbreak alone, 55 health workers have been infected so far and at least 18 of them have died, according to the WHO.

There are also a high number of young children infected in the current outbreak. Children, who are at greater risk than adults of dying from Ebola, account for more than one-third of all the cases, while one in 10 Ebola patients is a child under the age of 5, according to the United Nations International Children’s Emergency Fund.

“We are deeply concerned by the growing number of children confirmed to have contracted Ebola,” Marie-Pierre Poirier, UNICEF’s regional director for West and Central Africa who returned this week from Beni, said in a Dec. 12 statement.