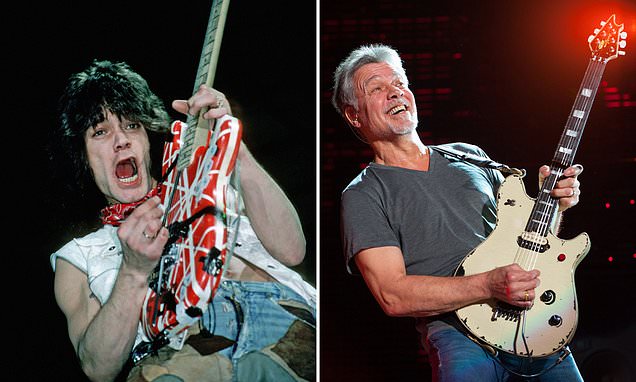 Eddie Van Halen, the legendary lead guitarist for the band Van Halen, passed away on Tuesday at the age of 65 from throat cancer.

The rock star, who had been battling the disease for at least the last five years, passed away at Saint John’s Health Center in Santa Monica, California.

This was not the musician’s first bought with cancer, having been diagnosed with tongue cancer in the early 2000s.

Van Halen said he believed he developed tongue chance from metal guitar picks he held in his mouth during his concerts.

However, oncologist say it is ‘highly unlikely’ that plectrums caused the disease and point to the rocker’s long history of smoking and heavy alcohol use as more probable sources. 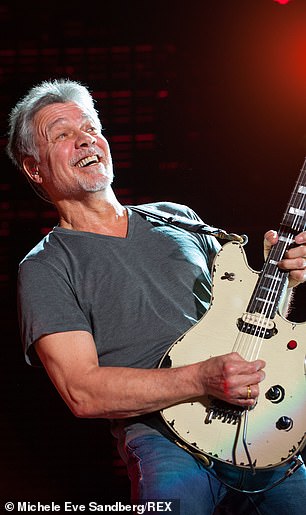 Legendary guitarist Eddie Van Halen, 65, passed away on Tuesday after a years-long battle with throat cancer. In 2000, Van Halen was diagnosed with tongue cancer, which he attributed to holding metal guitar picks in his mouth. Pictured: Van Halen in 2015, left, and in 1984, right 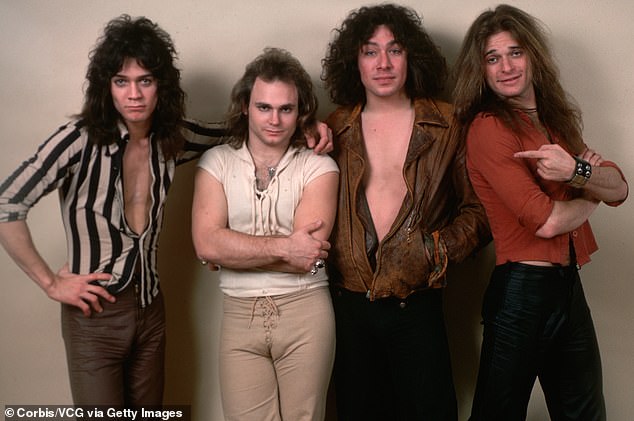 Oral cavity and oropharyngeal cancers most often occur on the tongue, in the tonsils and other parts of the mouth such as the cheeks.

An estimated 53,260 people will be diagnosed with oral cavity or oropharyngeal cancer in 2020 and about 10,750 people will die, according to the American Cancer Society.

In an interview with Billboard Magazine, Van Halen revealed he received treatment in 2000 for tongue cancer that had spread to his esophagus.

He said he had one-third of his tongue surgically  removed two years later and was subsequently declared cancer-free.

Despite being a life-long smoker-turned-vaper, Van Helen said he was not certain cigarette caused his cancer.

‘I used metal picks – they’re brass and copper – which I always held in my mouth, in the exact place where I got the tongue cancer,’ he said.

‘Plus, I basically live in a recording studio that’s filled with electromagnetic energy.

‘So that’s one theory. I mean, I was smoking and doing a lot of drugs and a lot of everything. But at the same time, my lungs are totally clear. This is just my own theory, but the doctors say it’s possible.’

However, physicians told DailyMail.com it is highly unlikely that Van Halen developed cancer from placing metal picks into his mouth.

‘This is highly unlikely. There is no good evidence to support this notion,’ said Dr. J. Trad Wadsworth, vice-chair of Moffitt Cancer Center’s Head and Neck-Endocrine Program, in a statement. 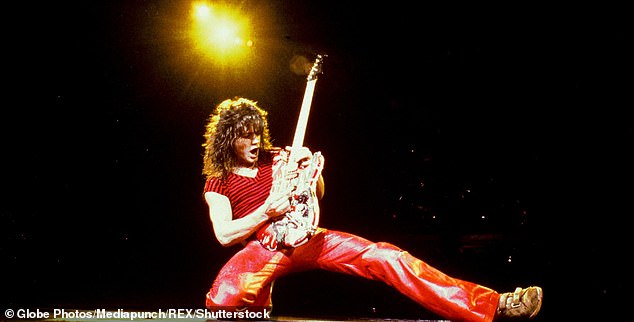 Physicians say it is highly unlikely plectrums caused the disease and that oral and throat cancers are much more often caused by heavy smoking and drinking. Pictured: Van Halen in concert, unknon date 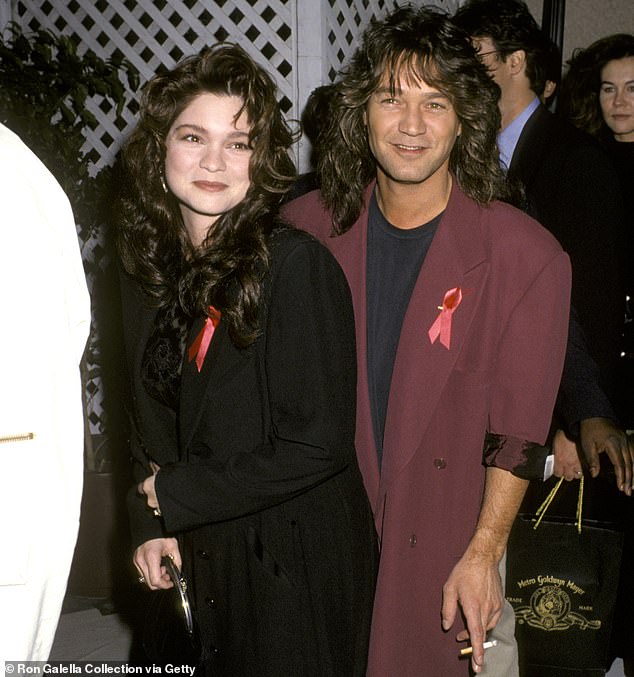 Throat cancer can also be caused by HPV, but it is unknown if Van Halen’s cancer was caused by the sexually transmitted infection. Pictured: Van Halen (right) with then-wife, actress Valerie Bertinielli, in November 1992

WHAT IS TONGUE CANCER?

Tongue cancer is a form of head and neck cancer.

Although the exact number of sufferers is unclear, around 12,000 people are diagnosed with a form of head and neck cancer every year in the UK.

And 51,540 new patients are diagnosed annually in the US.

Cancer can develop in the oral tongue – the front two-thirds that is visible when you poke your tongue out at someone – which is classed as mouth cancer.

Or it can start in the base of the tongue near the throat, which is a form of oropharyngeal cancer.

Most head and neck cancers have no clear cause, however, smoking, excessive drinking and the HPV virus are risk factors.

Early cancer (when the growth is smaller than 4cm and contained in the tongue) can be removed via surgery.

Radiotherapy may also be required.

Advanced cancer may require surgery to remove the entire tongue, as well as chemo and/or radiotherapy.

What’s more, the Centers for Disease Control and Prevention does not list brass nor copper as potential occupational carcinogens.

Dr Caitlin McMullen, a surgeon in Moffitt’s Head and Neck Oncology Program, says than oral cancer can be caused heavy smoking and alcohol use.

Van Halen, who began drinking at age 12, said he struggled with alcoholism for years and said, during the Billboard interview, that at one point he needed alcohol to function.

He entered rehabilitation in 2007 and had been sober since 2008.

‘There are some patients who do not smoke or drink that develop oral cancer and we do not know why,’ McMullen told DailyMail.com.

‘However, it is vastly more common that smoking and heavy alcohol use cause this disease in patients with these habits.’

‘Chronic irritation, such as from metal dentures, has been described as a possible cause of oral tongue cancer for patients without the traditional risk factors of smoking, chewing tobacco, and heavy alcohol use.’

Head and neck cancers can also be caused by human papillomavirus (HPV) but it is unknown if the sexually transmitted infection caused Van Halen’s cancer.

McMullen said that throat cancer and tongue cancer usually have two different causes, but they are known to sometimes concur.

‘You are more at risk for cancer to concur if you are a heavy smoker and drinker because you have caused a lot of damage to the lungs and throat lining.’

She adds that Van Halen’s passing showcases the importance of being seen by a doctor if something in your mouth is bothering ypu.

‘This also highlights the importance of not smoking and not drinking excessively because they are critical way not only to prevent oral cancer but other forms of cancer,’ McMullen said.