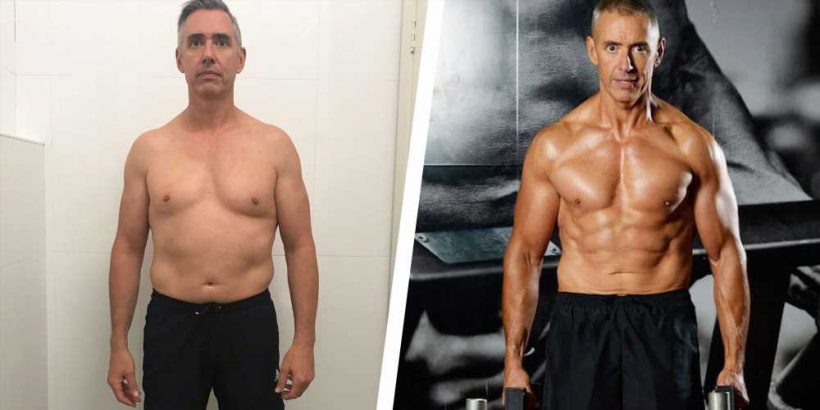 Greville Ingham was just trying to enjoy a vacation in Bali with his wife. That was last July, and the 52-year-old project executive from Sydney, Australia, admits he was “having a bit too much to eat and drink.” His wife called him out on it, saying he needed to change. He recognized that she was right. “I lived a pretty hard corporate lifestyle; my body wasn’t in very good condition,” he says. “I was kind of a lifestyle disaster, heading downhill—spiraling downhill—very quickly.”

Stepping on a scale drove home just how far downhill he’d gotten. At his heaviest, he was about 207 pounds. “I was a bit of a blimp,” he says. Soon after, a trip to the doctor showed that not only was he overweight, but he had a host of health problems: high blood pressure, high cholesterol, low iron, and an abnormal white blood cell count. “It was all wrong,” he says. “Everything was wrong.”

His doctor told him that his problems were all the result of lifestyle choices. And his wife challenged him in the most effective way she knew how—making him compete with one of his buddies. She prodded him into Ultimate Performance in Sydney, where she’d trained before, and he enrolled in a 17-week program.

Ingham took to it immediately, praising his trainer for reading his moods, knowing when to mix things up or really push to the next level. When he started getting sick of his meal plans, the trainer switched them up—without him having to ask. The customized, flexible routines kept him engaged and progressing. “It was hard to get bored,” he says. “I’ve maintained motivation throughout the entire journey. It’s incredible.” 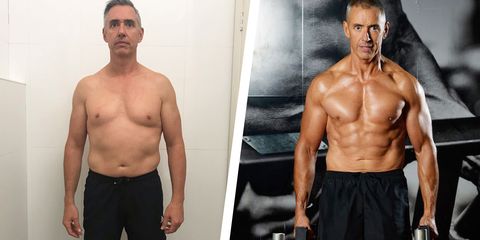 He dropped more than 30 pounds, hitting 175 pounds and 10 percent body fat. He’s got a six-pack in his fifties. “I look in that mirror and that Benjamin Button moment has really happened for me,” he says. “I look ten years younger.” Even he was surprised by how much he’d transformed. “I did a photoshoot and looked at myself and couldn’t believe it was me,” he says. His wife, too, is happy to see how much her husband has changed. He’s even qualified for the Australian Army Reserve, beating many 30-somethings in the physical fitness assessment—he even topped the Special Forces requirements.

Ingham’s also glad to say that his health issues have cleared up. His cholesterol, iron, and white blood cell numbers are back to where they should be; he no longer has to take blood pressure medication. “Everything has straightened itself out,” he says. His doctor was impressed, too. “He kind of looked at me and nodded his head in approval,” he says.

With all the lifestyle changes he’s made, Ingham says he’s eager to keep going. “I wonder how my trainer’s gonna make me look another ten years younger,” he says. “Because I’m going to stick out after a while.”