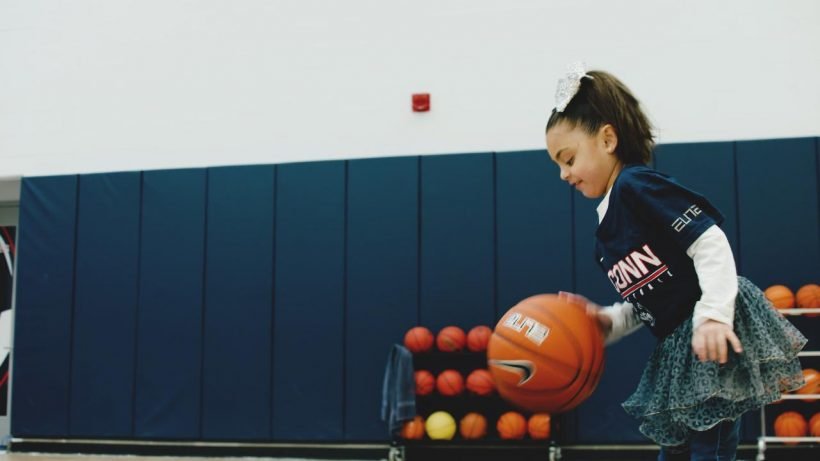 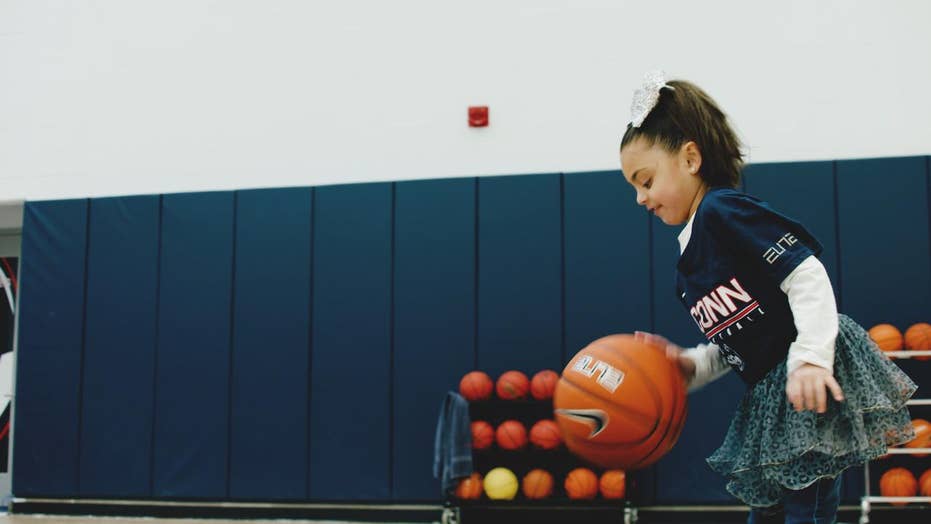 Daniela Ciriello is currently six-years-old and was diagnosed at fourteen months with Beta Thalassemia Major which is also known as Cooley’s Anemia. Find out how she became a member of one of the most dominant teams in basketball, the University of Connecticut Lady Huskies, and learn what head coach Geno Auriemma and the team’s star players have to say about their newest teammate.

With 11 national championships, it's clear that the UConn women’s basketball team knows how to fight and win battles, which is why this season they've signed a 6-year-old teammate facing tough hurdles of her own.

Daniela Ciriello, the Huskies' youngest teammate, was diagnosed at just 14 months old with Beta Thalassemia Major which is also known as Cooley’s Anemia.

“What that means is that she has a genetic disorder where her blood does not produce healthy red blood cells and requires her to get blood transfusions every three weeks just to live," Dan Ciriello, Daniela's father, told Fox News.

Daniela said her disorder causes her to “get poked in the chest and the arm for new blood so I have energy.”

In addition to the transfusions, Ciriello said his daughter has to undergo iron chelation therapy to remove excess iron from her body. He said one of the toughest parts about coping with Daniela’s disorder is “the constant need for blood and monitoring her, and the fact that the very thing curing her (blood) is also poisoning her with iron overload long-term, it is very frustrating.”

Daniela’s hospital, Connecticut Children’s Medical Center, connected her with Team Impact, which is a national nonprofit that places children facing serious and chronic illnesses with local college athletic teams. When Daniela was paired with the UConn Lady Huskies, the family was "over the moon."

“If you’re from Connecticut, you know UConn, you know the women’s basketball team, it’s the sport here in the state since we don’t have any professional teams, so it couldn’t be a better match for Daniela," Ciriello, also a UConn alumnus, said.

Daniela signed a National Letter of Intent to become an honorary member of the Huskies in November 2018 during a press conference following UConn’s season opener against Ohio State. Head Coach Geno Auriemma said his newest recruit "has an incredibly infectious way about her that makes everyone who meets her fall in love with her."

"She's a reminder of how fortunate we are to do what we do with our God-given talents and opportunity," Auriemma told Fox News.

"Knowing what she's going through and her wanting to be here and be up for us is really special," Dangerfield told Fox News.

And for Daniela, who will cheer on her teammates as they vie for their 12th title, the partnership offers her a chance to "feel strong."

Emily DeCiccio is a video producer and reporter for Fox News Digital Originals. Tweet her @EmilyDeCiccio