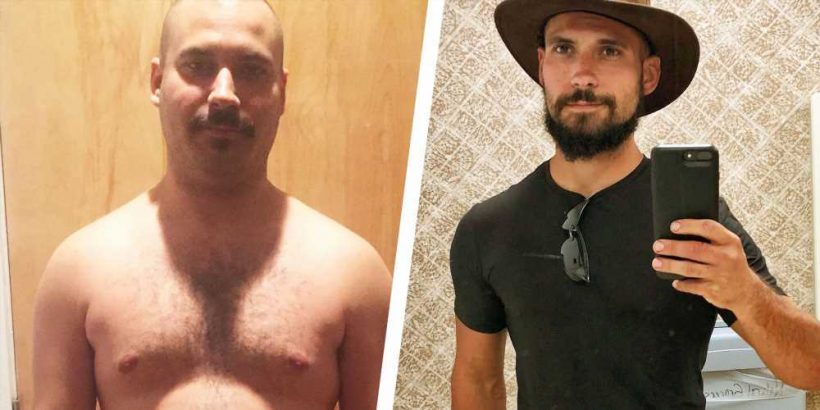 • Years of unhealthy habits caused Greg Woods’ weight to climb to nearly 230 pounds.
• After experimenting with a number of diets—including the ketogenic diet, the carnivore diet, and intermittent fasting—Woods started to lose weight and get back in shape.
• Now a much healthier 160 pounds, Woods also won a $700 bet with a friend for successfully completing his weight loss transformation.

Greg Woods, a 31-year-old from Colorado Springs, Colorado, was the life of the party in his 20s. He gave in to his every whim, no matter how detrimental it was to his health, including everything from fast food to drugs and alcohol. It wasn’t until a friend challenged him to a $700 New Year’s health bet that Woods decided to turn his life around for good. He won the money—and as a bonus, he lost 70 pounds in the process.

As a younger man, Woods’ diet consisted mostly of “over-eating a very unhealthy standard American diet full of bad carbs, sugar, and processed foods.” His lifestyle, he explains, made him pack on weight until he had 230 pounds on his 5’7″ frame. But just because he seemed to be in a downward health spiral didn’t mean he didn’t want out.

“I had been building my mental game up for a while and was definitely ready for a change,” Woods says. So when a friend of his started a weight loss challenge New Year’s Day of 2016 with a chance to win $700, he was eager to take it. “This was just the catalyst I needed to get my life back on track,” he says.

In 2016, as he was closing in on the age of 30, Woods began his transformation with a three-day fast and switched things up by committing to the ketogenic diet. This meant forgoing carbs and increasing his fat and protein intake instead.

“I also made drastic changes to my lifestyle all at once because it felt easier to have a clean start,” Woods says. “I changed my diet, quit drinking alcohol, quit doing drugs, began intermittent fasting, stopped eating out at restaurants, and started exercising. All of these changes were necessary if I was going to succeed. It was very challenging socially but I found comfort and pleasure out of taking care of myself.”

Within the first week, Woods lost ten pounds. “It was an amazing feeling and a huge confidence booster,” he says. Within three months, Woods had lost 60 pounds total and won that $700 bet. He was able to keep that weight off for two years. However, he still struggled with being “skinny fat” in his midsection no matter how much he exercised. So, he decided to change up his diet—this time, no more keto. Instead, he tried the carnivore diet. 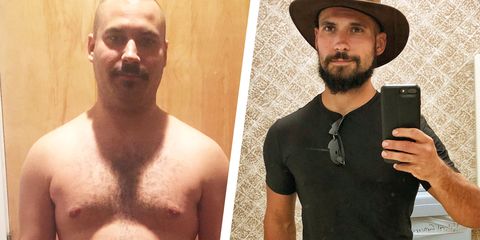 “This beautifully simplistic way of eating has been monumental in helping with my body composition while simultaneously healing my body from 30 years of damage,” he says. For the uninitiated, the carnivore diet is just as it implies—all meat and nothing else. The carnivore diet is, of course, as old as human history. Its roots stem from the diet of indigenous peoples like the Inuit, who survive primarily by eating their animal kills.

The diet works a little like keto, forcing your body into “ketosis” to use fat for fuel. It should be noted the diet is extremely (and some argue unhealthily) restrictive—no fruits, vegetables, or grains. (As always, you should consult your medical professional before starting any diet.)

But the diet change worked for Woods. It helped him not only lose the last 10 pounds to reach his current weight of 160, but also to improve nearly every aspect of his life.

“Reaching my current weight only makes me want to continue to improve my health, physique, and fitness,” he says. “It’s important to appreciate how far you’ve come, but the journey never really stops. Mentally, I am stronger than ever. My determination, focus, and discipline are steadfast. I am also able to enjoy social situations more while continuing to stay committed to my lifestyle.”

As for what advice he’d give to other guys interested in trying his approach, Woods says it helps to set macro and micro goals and keep them at the forefront of every decision. “Let each win fuel you to the next. Build discipline like a muscle. Take everything as a challenge. Failure is just another opportunity for success.”